Washi used in all areas of daily life

Washi used in all areas of daily life
View transcript
3.7
Papermaking techniques were disseminated throughout almost all of Japan, and thus washi was used for diverse applications from early on.
10.3
These applications included: paper media for official documents and ukiyo-e (woodblock prints), daily necessities such as clothing, fans, and boxes, furnishings such as byōbu (folding screens) and andon (paper-shade lamps), and craft/art works such as kirigami (paper cutting) and mizuhiki (paper cord sculptures and models). Here we’ll look at washi used in all aspects of life in Japan.

In Japan, papermaking techniques spread to almost the entire country during the Edo period(1603–1868), and paper was used in all areas of daily life, not just books. Even today, the culture of using washi continues in Japan.

The oldest still-extant papers for recording textual information are koseki (family registers). Koseki were submitted from each region, and locally-produced paper was used. The era of these documents is also evident from their content. In addition, paper was used for public documents such as laws and written appointments.

The ledger in fig. 1 at left is a record of accounts produced in Bunkyū 4 (1864). This bound commercial ledger, called a daifukuchō, was used in all sorts of situations. 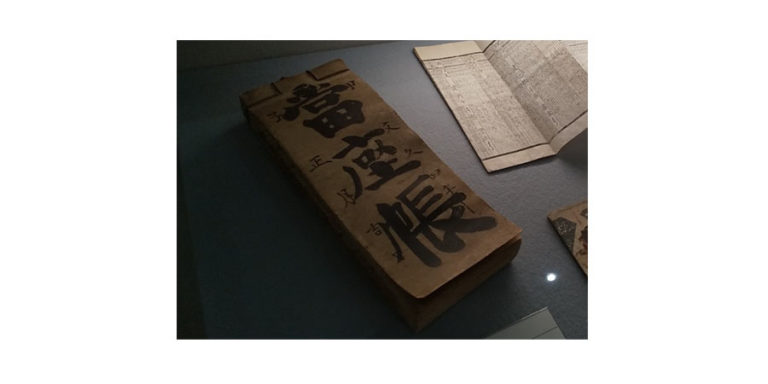 Sutras, the scriptures of Buddhism, were treated to protect paper from insects, or decorated to indicate religious statues. Konshikindei sutras (fig. 2) are historical examples of decoration, featuring gold writing/drawing on dark blue paper. Buddhist scriptures helped give rise to the diversity of washi. 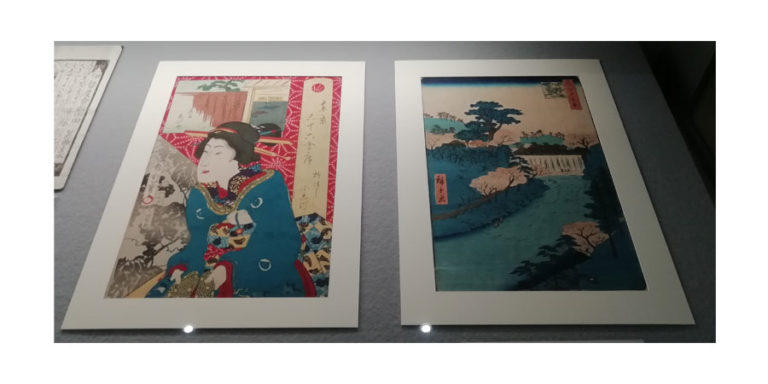 Japan has a culture of using paper as a substitute for cloth. Paper is used as a wrapping and sometimes made into clothing. At Todai-ji(“Eastern Great Temple”, a famous temple in the city of Nara, Japan, founded in the year 738 CE), a garment called kamiginu or kamiko (fig. 4) has been used in an important ceremony called Omizutori (water drawing) since the Nara period. Kamiginu has outstanding durability and insulating characteristics, and was also used as an undergarment by samurai wearing armor. 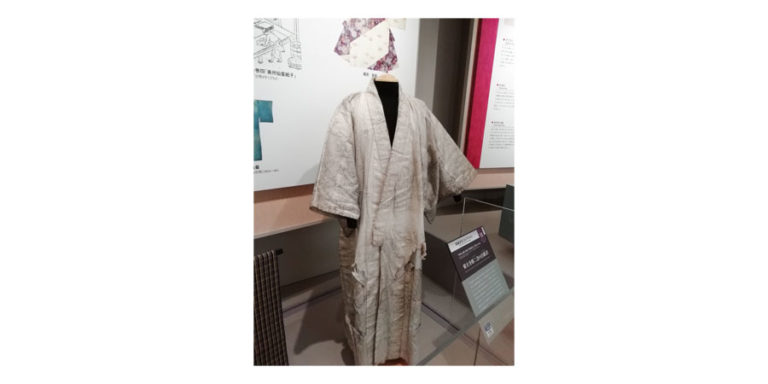 Things like round fans, folding fans, umbrellas, and lanterns (fig. 5) were also made with paper. There are also futons and mosquito nets made of paper. 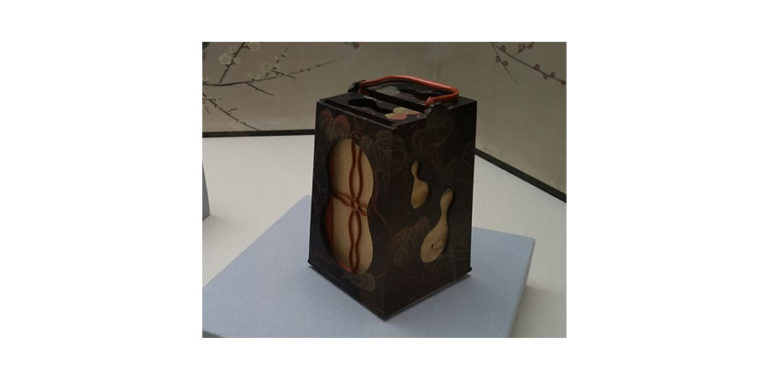 Mizuhiki (decorative paper cord) is made by applying glue to koyori (twisted paper string) to harden it into a cord. Even today it is used when exchanging gifts. 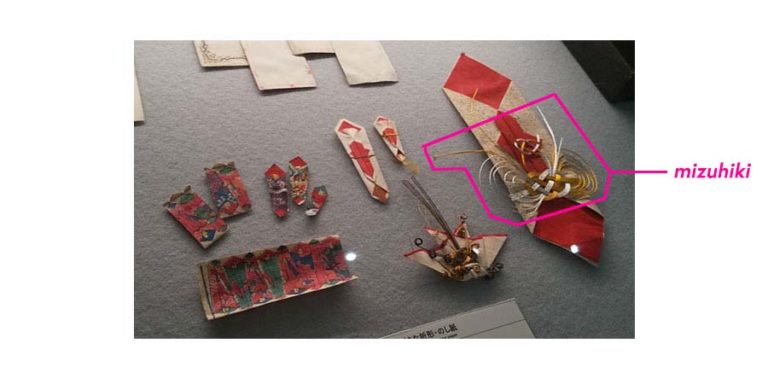 Tatōshi/Tatōgami is a large paper used to wrap things like clothing (fig. 7).

Kaishi is paper folded and carried in the pocket. It was used like tissue paper or a handkerchief today, or as memo paper and stationery. It was also used to compose waka or renga (Japanese poems), and it was a convention to write Japanese poems on kaishi (fig. 8).

It’s no exaggeration to say that almost all partitions are made of paper inside traditional Japanese buildings. Furnishings like fusuma and shōji (sliding doors) for dividing interior spaces, and byōbu (folding screens) used as movable partitions (fig. 9), are all made from wooden frames and paper. 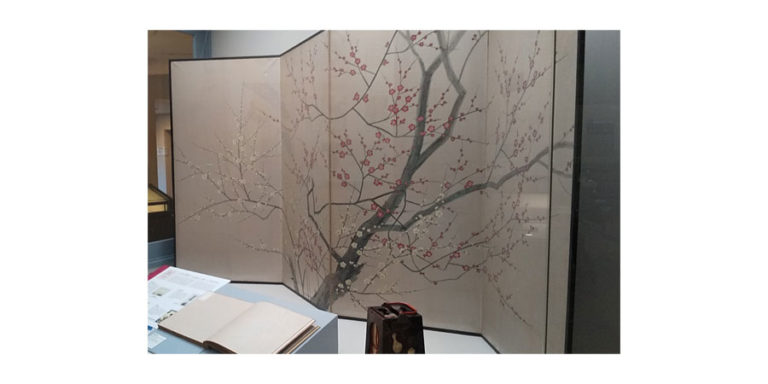 Karakami (Tang Chinese paper) used in fusuma originally came from China. Paper actually produced in China was distinguished from this type by using the same Chinese characters but reading them differently fromas tōshi. Karakami is also called fusuma-gami, and since it was used for partitioning, it was opaque and decorated with various patterns. This technique is similar in some ways to cloth. Fusuma-gami is also called maniaigami (literally, “makeshift paper”). Maniaigami is thick paper made by adding clay to fibers of gampi (Wikstroemia sikokiana), and is used in Nara-ehon (illustrated books produced in Nara).

When western culture poured into Japan in the Meiji period(1868–1912), wallpaper made from washi was exported to foreign countries. This was called kinkarakawa-shi (Japanese leather paper, fig. 10). It was patterned after gilt leather used for interior wall decoration and leather craft goods in medieval Europe.

Artistic and craft objects made from washi include: origami, kirigami (paper cutting), and zōka (paper flower-making) (fig. 11). In origami, three-dimensional objects are made by folding a single sheet of paper without cutting. Kirigami derives from Chinese paper cutting. A pattern may be made by cutting out paper, or a three-dimensional structure constructed by hanging cut paper. The shide (zigzag-shaped paper streamers) seen at Japanese shrines are a form of kirigami. 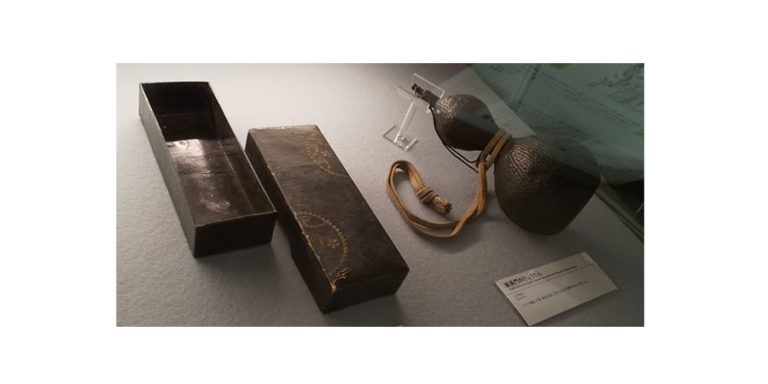 Hariko (papier-mâché) for children’s toys (fig. 12) was made by affixing paper and other items to a frame made of bamboo or wood, or a mold made with clay. The toys are hollow inside, and thus lightweight and easy for children to handle. 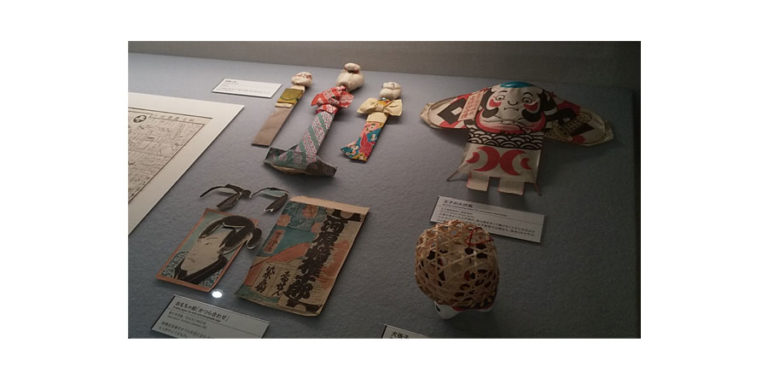 Most of these items are still in use today. Look around you. Are there furnishings, small articles, toys, or other items made with washi, or another kind of paper? What is the advantage of using washi or paper? Please share your thoughts in the space for comments.

*All photos in this step were provided by the Paper Museum.