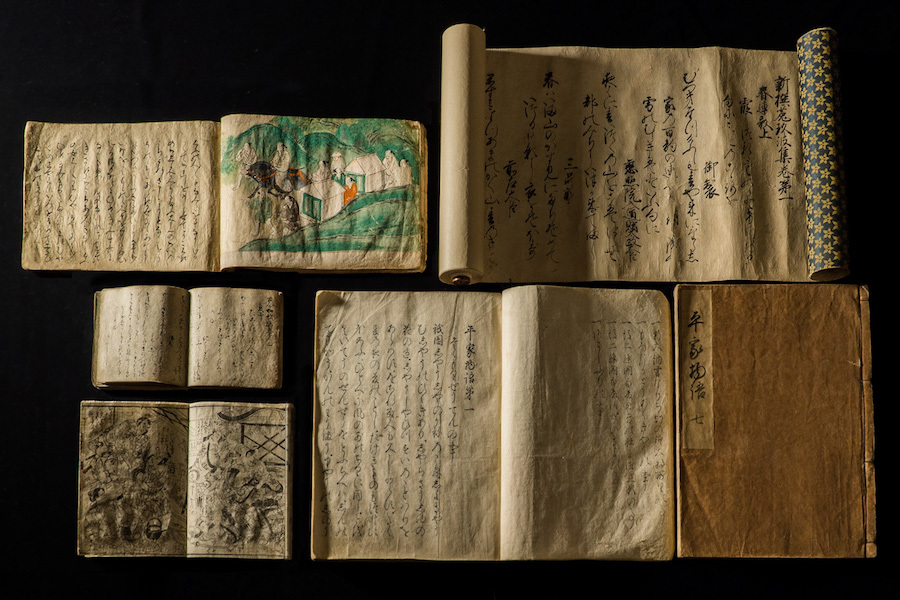 What we have learned about binding styles.

The two kana syllabaries were derived from the Chinese Hanzi script. Technologies to record and preserve writing (papermaking and bookmaking) were also imported from China, but over time they developed in distinct and unique ways.

Due to the widespread use of printing in China, from early on book formats most suited to mass production and distribution rapidly displaced all others. In Japan, however, where the use of printing remained more circumscribed, manuscript culture lasted much longer, and so did the formats associated with it. The main formats used in traditional Japan were (in the order they were introduced from China): scroll, accordion-type book, detchōsō (pasted paper-leaf books), tetsuyōsō (multisection books), and fukurotoji (pouch binding). Other styles were occasionally used, but never as widely or consistently as the main five. The first three of the five main styles use glue while the last two are sewn together through holes in the page. Aside from these basic commonalities, however, each method has its advantages and disadvantages. Just as one selects different tools for different tasks, so traditional book formats were chosen according to purpose and their different characteristics. As different kinds of content were bound in different ways, there was a direct relationship between content and format, and understanding that relationship is key to understanding pre-modern books.