Why is the sky blue? Why does the sky go red at sunrise and sunset? This Met Office video explains how colour wavelengths affect how we see the skies.

The video explained why the sky is blue, and that it’s all to do with how the atmosphere preferentially scatters different wavelengths of light. 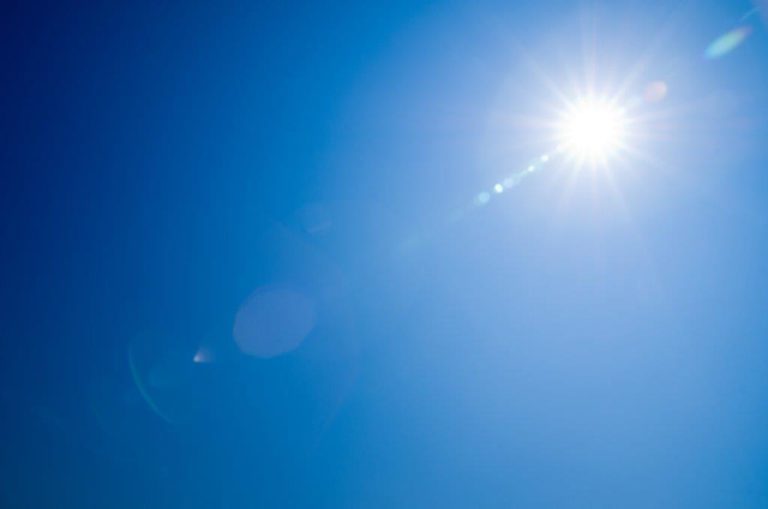 What about when the sky is red, often at sunrise and sunset? Is there any truth to the weather lore Red sky at night, shepherd’s delight, red in the morning, shepherd’s warning?

Firstly, we need to understand why we get the red tinge in the first place. At the beginning and end of the day, the Sun is low in the sky, so the angle of the Sun is low and the rays are travelling through a greater depth of the atmosphere than at the middle of the day when the Sun is overhead. This results in an increased amount of violet and blue light being scattered out of the beam by the nearly infinite number of scattering ‘events’ that occur along the way. This leads to the reddish skies we see at sunrise and sunset, as the blue and violet end of the spectrum is scattered away before it reaches us, leaving just the reds that we see. So you could say that sunsets are red because the daytime sky is blue. In the diagram below, a beam of sunlight that helps produce a red sunset across London, is at the same time contributing to a bright blue sky in the middle of the day over New York. 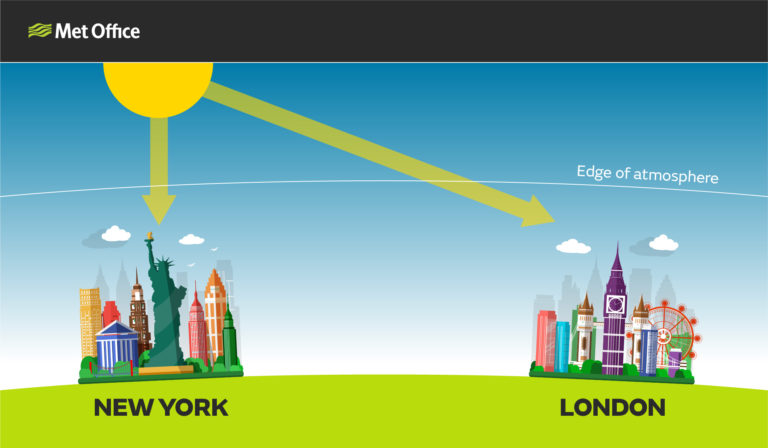 It is worth noting here that the red tinge to the sky at sunrise and sunset can be enhanced by scattering from particles in the stratosphere. This can be particularly spectacular after volcanic eruptions, which can lift huge amounts of particulates into the stratosphere. This can lead to consistently vivid sunsets around the world for years after an eruption, before the dust settles back down to the ground. It is often thought that pollution can enhance the red colour, but this is a bit of a misnomer. The truth is that particles close to the Earth’s surface in the troposphere do not enhance sky colors – they subdue them. Clean air is the main ingredient common to brightly colored sunrises and sunsets which explains why the deserts and tropics are noted for their beautiful sunsets; as air pollution in these parts of the world is comparatively minimal.

Finally, we need to think about how clouds play their part in ‘red sky at night’. In the mid latitudes, weather systems tend to travel from west to east. If the sun is setting in the west, and we have a red sky, firstly we can infer that there is clear weather to the west as we can see the sun, but if there is a weather system clearing to the east, the departing clouds would be illuminated, and this can enhance further the red sky at night, with the assumption that the fair weather would continue in time for the following day. Similarly, if the sun rising in the east is illuminating approaching medium and high level clouds to create a red sky in the morning, then a front may well be on the way in a few hours’ time. 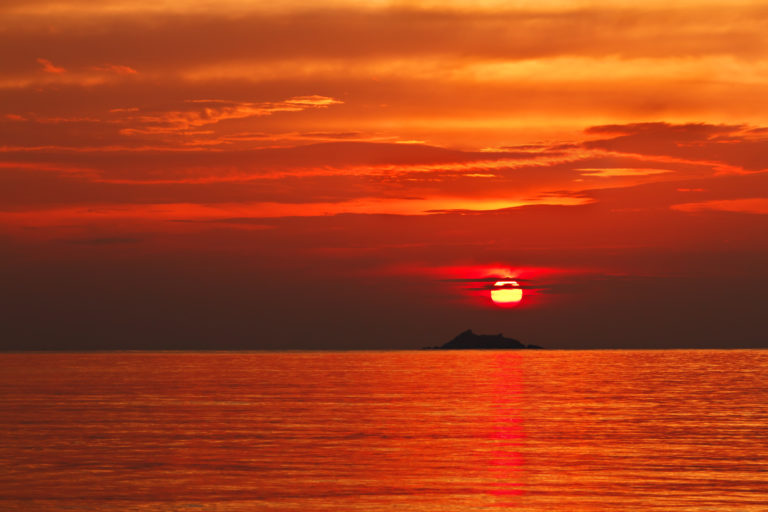 So there is certainly more than a grain of truth to this particular weather lore, though a number of assumptions have been made, so it is not always reliable.