Four Layers of the Atmosphere 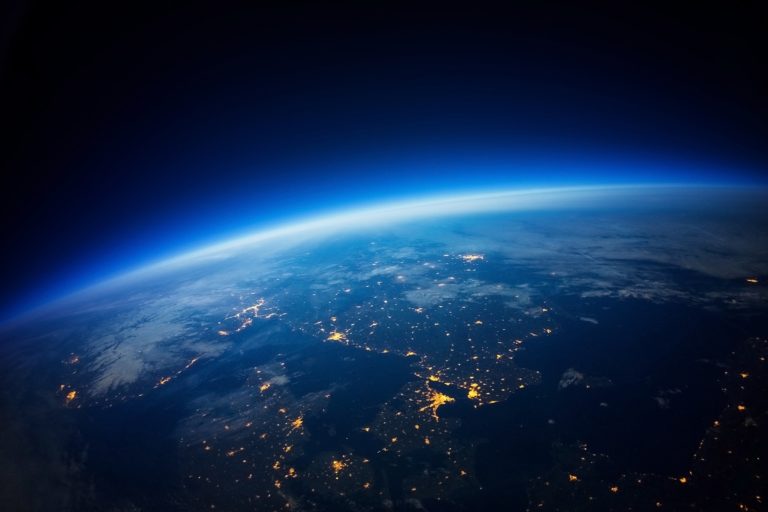 View from near-space showing how thin our atmosphere is

Four Layers of the Atmosphere

The atmosphere is made up of four main layers: the troposphere (which is where most of our weather occurs), the stratosphere, mesosphere and the thermosphere. There is a fifth layer called the exosphere, where the atmosphere gradually thins and merges with interplanetary space, but we won’t consider this further as the molecules are so far apart, it no longer behaves like a gas. 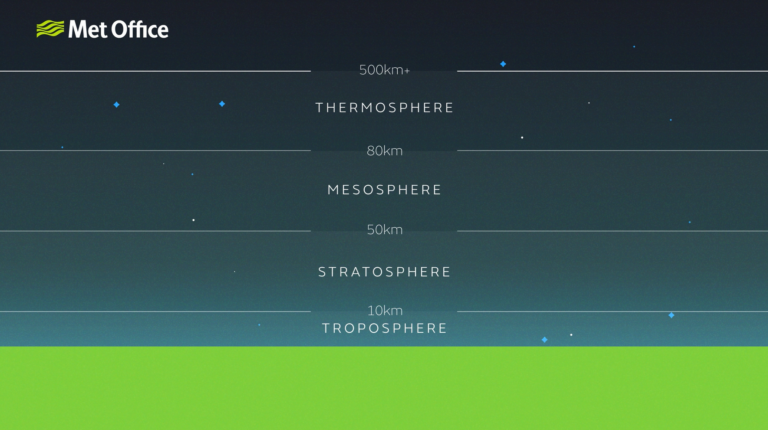 The layers of the atmosphere; troposphere, stratosphere, mesosphere and thermosphere

These layers are partly characterised by the way temperature changes with height.

The troposphere is where we live, and so is the part of the atmosphere that we are most interested in. In the troposphere, temperature tends to decrease with height – that makes sense; we know that it gets colder when you climb a mountain for example. The depth of the troposphere varies, but on average it is around 8 km at the poles and 16 km at the equator. This is incredibly thin when you think about how far that is, most people probably drive further than that to get to work. The troposphere is well mixed and is rich in water.

Water in our Atmosphere

For more information about the water in our atmosphere see the Met Office Factsheet on water in the atmosphere, available in the Downloads section at the bottom of this page.

Temperature in the Spheres 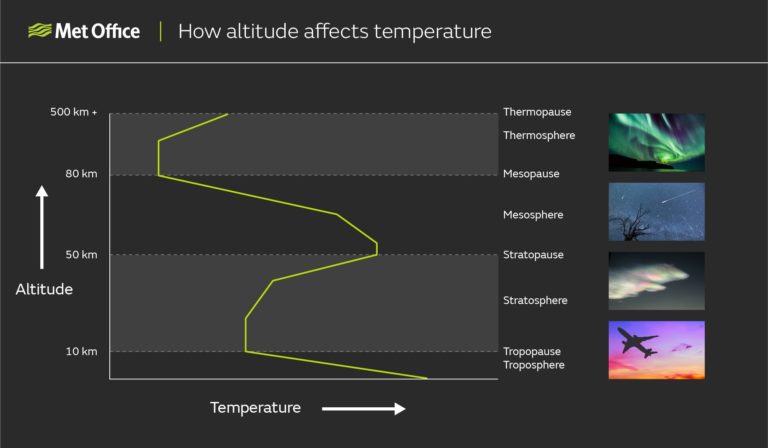