Why don’t the poles get colder and colder, and the equator hotter and hotter? This Met Office article explains how circulation cells affect climate. 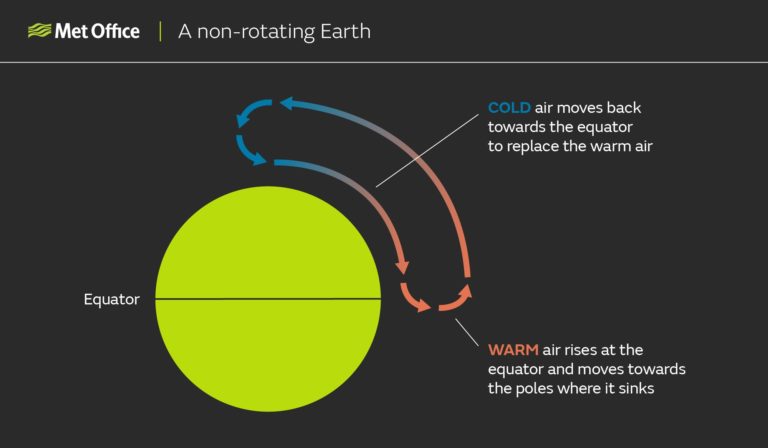 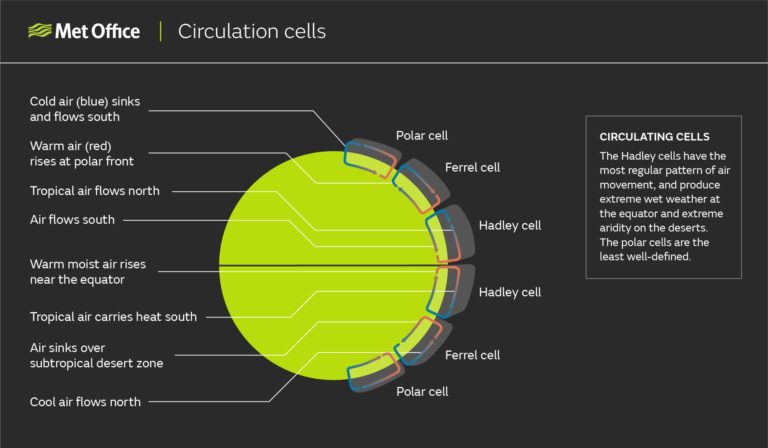 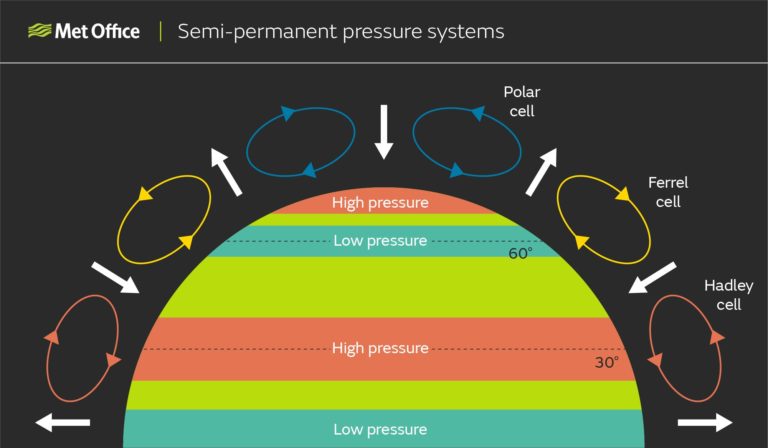 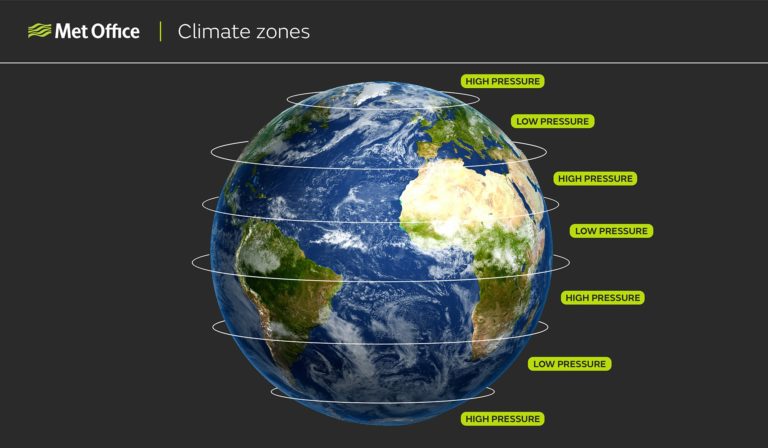 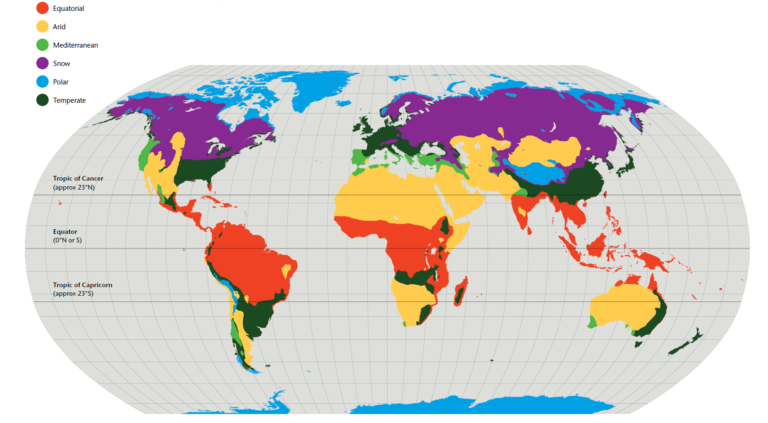