Find out more
Home / History / Learning from the Past: A Guide for the Curious Researcher / Colonial legacies as tourist sites?

Maiken Umbach uses the example of Asmara in Eritera to discuss how colonial history has become an object of modern tourist consumption. 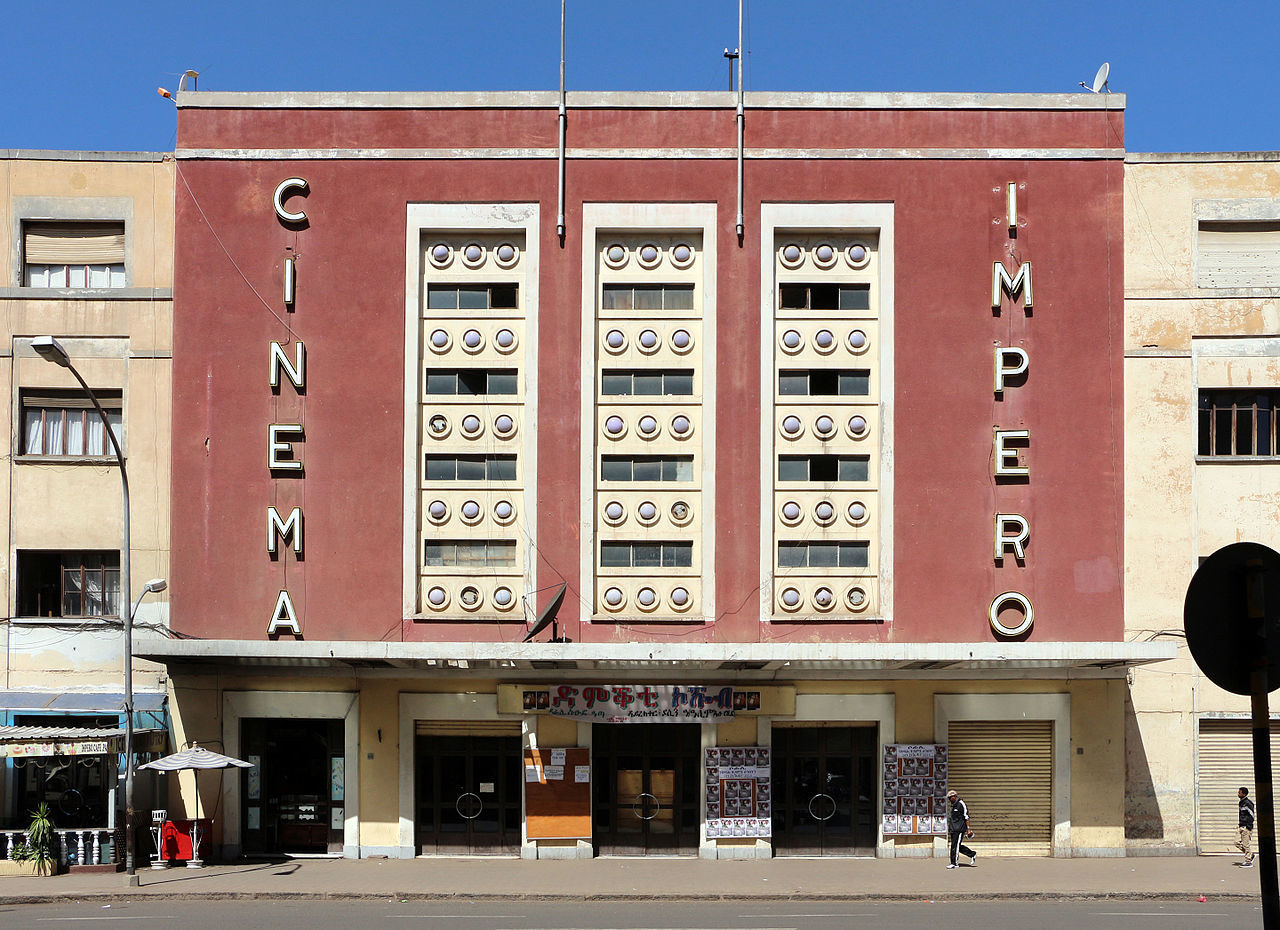 In this article, Maiken Umbach explores how we “consume” the history of European colonialism as part of modern leisure and tourism. Drawing on her expertise on architecture in different fascist regimes, she here discusses the example of the city of Asmara in Eritrea. What does it mean for formerly colonised countries to market the physical legacies of foreign imperial rule as “heritage” sites for tourists?

In 2017, the city of Asmara was declared a UNESCO world heritage site. Asmara is the capital of Eritrea in North Africa, and today home to about 800,000 people. Its historical origins are not clear. What is clear, however, is that the city first started growing to a significant size under Italian occupation, from 1889. In 1897, the Italian governor made it the capital. A large Italian community developed quickly. By 1939, Asmara had a population of 98,000, of whom 53,000 were Italians.

But it was during the Fascist regime in Italy, under the rule of the dictator Mussolini, that Asmara acquired the particular look for which it is famous today. Mussolini liked to refer to Asmara as “Piccola Roma”: Little Rome. It was part of his ambition to recreate the ancient Roman Empire in a modern guise, reclaiming the Mediterranean as “our sea”. Unlike the Nazis in Germany, Italian Fascists embraced modernist architecture without hesitation. Avant-garde art movements of the early 20th-century, such as the Futurists, provided the language and the symbolism that was then used by Italian Fascists to express their vision of an Italy reborn out of the ashes of the liberal era.

Therefore, it was only logical for Italian Fascists to look to modernist architects to transform the appearance of Asmara into a visual embodiment of Mussolini’s imperial vision. The “Cinema Impero” – the Cinema of the Italian Empire – which is shown at the start of this step, is an example. Its appearance is simply, austere. There are no columns or pediments. But the three vertical windows in the centre of the facade create a column-like look, and contribute to the building’s imposing presence. It was, if you like, a modernist version of a classical temple. In this, it echoed the aspirations of Mussolini (who often compared himself to Emperor Augustus), who wanted to create a new Italian Empire as a modernist version of the ancient Roman Empire.

The Cinema Impero was only one of many new buildings that turned Asmara into a showcase of the new imperial Italianess. Most of central Asmara was re-built between 1935 and 1941. Equally famous is the Futurist Fiat Tagliero building, a wildly experimental structure in the shape of a giant aeroplane. Other buildings, which housed government ministries, hotels, youth clubs, cafes, office blocks, and yet more cinemas, were built in a variety of hyper-modern styles: Art Deco, Futurism, Rationalism, Functionalism. All this has made Asmara into something of a living museum of modernist architecture.

When in 2017, UNESCO granted the city world heritage status, they justified their decision to honour this “Modernist African City” in these words:

“Located at over 2,000 m above sea level, the capital of Eritrea developed from the 1890s onwards as a military outpost for the Italian colonial power. After 1935, Asmara underwent a large scale programme of construction applying the Italian rationalist idiom of the time to governmental edifices, residential and commercial buildings, churches, mosques, synagogues, cinemas, hotels, etc. The property encompasses the area of the city that resulted from various phases of planning between 1893 and 1941, as well as the indigenous unplanned neighbourhoods of Arbate Asmera and Abbashawel. It is an exceptional example of early modernist urbanism at the beginning of the 20th century and its application in an African context.”<

You can read the full text here.

This raises interesting questions. The UNESCO text acknowledges the Italian influence on the architecture. But it makes no mention of the fact that the colonisers here were Fascists. Nor does it raise any concerns about demarcating something as a key heritage site that was imposed, by force, on an indigenous population. And which was built not for their use, but for the use of Italians.

Any yet, UNESCO in many ways just confirmed a practice that had already been developed by modern Eritreans themselves. They have for many decades been promoting Asmara as a key attraction for – mostly European – visitors. You can see an example of an Eritrean video about Asmara here.

After armaments, tourism is the second largest industry globally. While some tourism is driven simply by the search for beaches in the sun, the desire for “sightseeing” is also a key factor. And what counts as a “sight” is almost always a product of history. As tourists, we all become consumers of history. But we rarely reflect on what the politics of this consumption.

In the comments, think about your own experiences. What parts of history do you enjoy “visiting”? And should those who curate and advertise such tourist sites make visitors aware of the particular histories that produced them in the first place? Or is it legitimate to give these remnants of the past a new meaning in the present? Can we indulge our appetite for a generic sense of nostalgia for “the old”, without getting caught up in the actual power relations that produced this “old world” in the first place?