With AR blurring the lines between the real and virtual worlds, here we explore how immersive technologies actually enhance experiences. 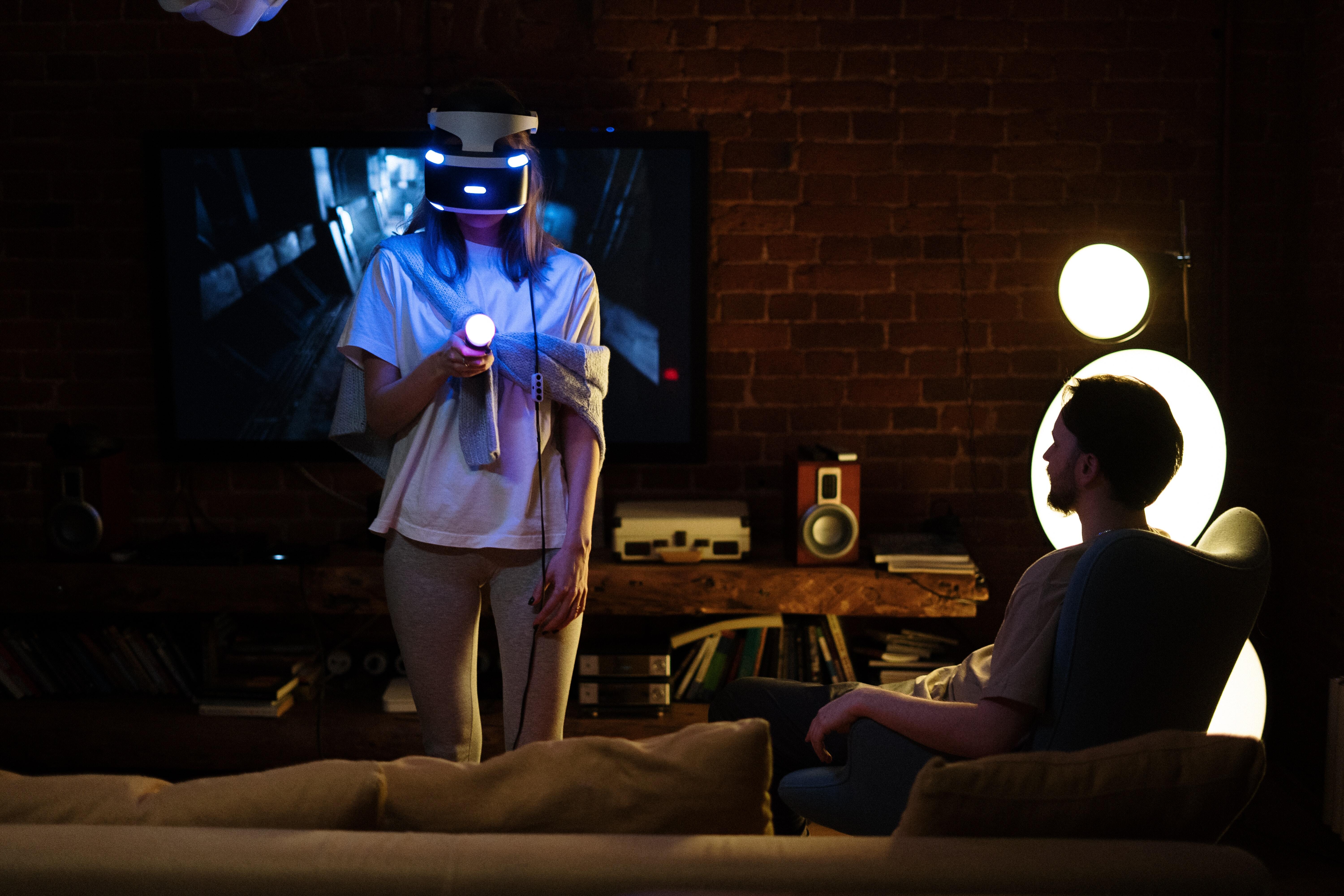 As we saw in the previous step, there is a current debate about whether the future of cinema really lies in blurring the lines between the real world and the virtual world. Perhaps the most compelling response to that debate surrounds usefulness: the extent to which immersion resists gimmickry and adds genuine value.

Here, its proponents suggest, augmented reality is particularly promising. Despite early stop-start experiments with the likes of Google Glass, augmented reality promotes a subtle, and to an extent seamless, interplay between the real world we observe and the data that might allow us to explore or understand it more. It’s already being used by the military in targeting and navigation systems, and it’s even being promoted as a fast and efficient way of managing storage or complex repairs. For the rest of us it promises an experience where we can call up information as we move around the world, and as we need it, balancing the power of digital technology to immerse us, but not at the expense of detaching us from contact with the real world.

We are already used to aspects of this when we visit museums or galleries: interactive and immersive audio tours that take us from exhibit to exhibit. But as educational and cultural spaces become more adventurous in exploring virtual and interactive versions of themselves, so the augmented and enhanced ways we might expect to experience and acquire knowledge are likely to develop as well. In Paris, the Musee de l’Orangerie is just one example of a museum that not only offers interactive tours but uses virtual technology to deepen experience and understanding. Home to many of Claude Monet’s celebrated Water Lillies paintings, the museum offers visitors VR headsets that will take them inside the artworks themselves.

Elsewhere this push towards virtual or enhanced systems for productive, and not solely entertainment, purposes has seen the development of CAVES, cave automatic virtual environments. Here entire rooms, including floor and ceiling, become projection screens surrounding a viewer, often wearing 3D glasses. Motion-capture systems relate what is projected to the viewer’s movements. Like augmented reality glasses, CAVES are often used in industry to explore how buildings might function, or engineering systems might work in advance of actually building them.

Perhaps an underlying principle that drives all these emerging technologies, over and above the degree to which they have the capacity to create moments of spectacle or sophisticated means of acquiring or developing knowledge, is the opportunity they give us to travel. Travelling into the world, and the meaning, of a story or to places we might not otherwise be able to access has been central to the attraction of screen storytelling since Georges Mellies took viewers to the moon in 1902.

And in a sign perhaps of screens to come, initiatives are now emerging where spectacle, story, live events, interactivity and virtual travel are combining to create immersive experiences that operate on multiple levels simultaneously. The most sophisticated of these to date perhaps happened in August 2021 when Ariana Grande performed a live concert as part of the global interactive game Fortnite and herself became one of the game’s virtual characters, driving one of its storylines. For a world, and an audience, weary of pandemic lockdown, the concert represented a rich chance to break out safely and experience an event they might not be able to attend physically.

As a storytelling spectacle it promised, at least in principle, dimensions and levels of meaning that a performance alone, or even a game alone, could not offer in themselves. And as one of the latest and, in all likelihood, forward-looking developments in the century old pursuit of ever more immersive screen storytelling it offered much of what Raoul Crimoin-Sanson hoped to offer with his 360-degree balloon ride. Except it actually happened, virtually, and nothing caught fire!

Have you participated in any of the experiences mentioned in this article? If so, what did you think? What do you think are the benefits of using virtual reality technologies? What might be the drawbacks?