Becoming an author of interactive stories

In this article, we'll delve into the mechanics of interactive storytelling to see how they differ from traditional, linear narratives.

In the last step we saw how interactive stories differ from linear narratives, because the reader is also an active participant in the story.

To be an active participant within a story, able to make decisions that have consequences, much as we do in our everyday lived experience, is a new way of engaging with stories as an audience. This means that the author has to have the capability to plan a story system with multiple possible narratives, rather than just one singular story instance.

An important characteristic of interactive storytelling is the introduction of the possibility for the players to do things in the story through interactive technologies, or ‘acts of doing’ as Chris Crawford calls them, in addition to traditional ways of engaging with a narrative such as close observation (2011).

Crawford highlights that authors of interactive narratives must keep an important question in mind when drafting an interactive story:

‘What does the player do?’

The use of software within the delivery of the narrative – whether the final form of delivery is a video game, interactive film or media installation (and this list can be expanded to include any form of narrative that uses computation to become interactive) – puts direct emphasis on the actions that the player is able to execute within the story and the consequences of their actions in terms of the direction that the story takes.

A responsive narrative operates on the basis of an input and output process: the player inputs certain interactions into the story system: for example, by choosing an option in a decision point, going in a specific direction in a 3D world, befriending a certain character, picking up certain objects the story system, or the software behind the narrative possibilities, the rule-based program running the sequence of scenes, outputs a bespoke story based on these.

The player’s actions within the story, therefore, are the ones that drive the program to display a particular story path, and dramatically influence the narrative.

Before we look at an interactive story system, we need to know what a linear storyline looks like. As its name suggests, this a linear story structure progresses from the starting point to one final event without any disturbances, like this:

Interactive narrative structures build on this model by introducing dynamic change within the narrative through multiple paths that can be taken by the player. 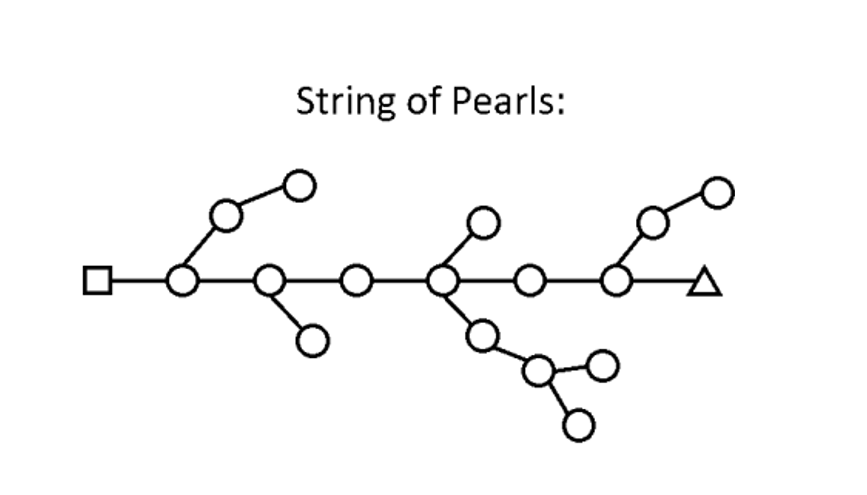 What happens when we want to go beyond this model and achieve a higher degree of interactivity in our story? This can be achieved through a branching model, a story system where the player’s decisions have a crucial role in how the story and characters develop, as well as how the story will end. Branching narratives give the player a choice at several decision points in the story, which allows them to choose which path they will ultimately take through the narrative.

This is the most basic example of a branching model: 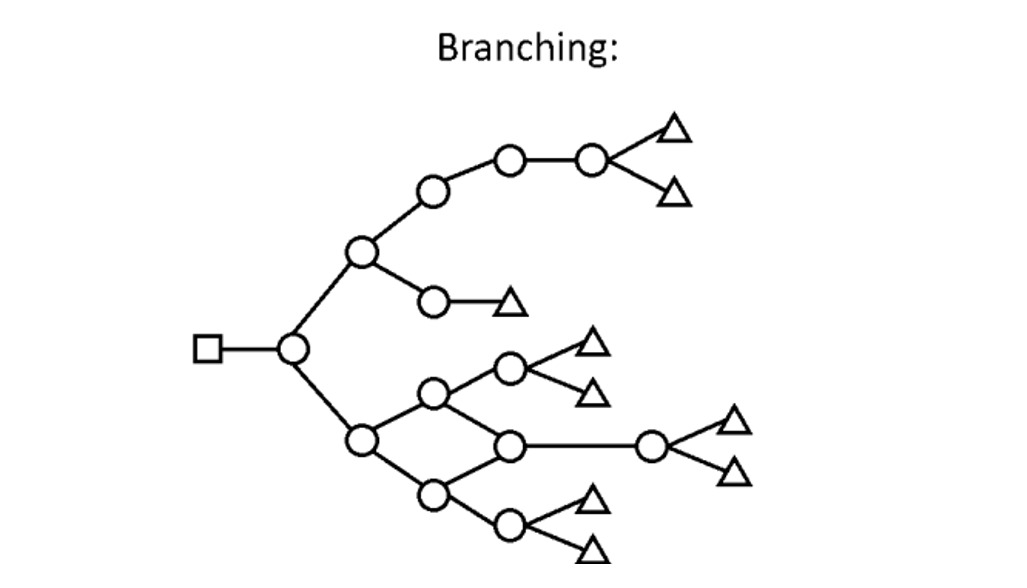 These two story systems represent two methods of expanding a linear story into the interactive domain, whether it’s a video game, interactive film or interactive fiction. But, remember, interactive storytelling is a fluid medium and these are not the only possible structures, but just examples of the most general approaches.

All in all, the development and production of interactive stories requires us to shift our perception in terms of what a narrative is and adapt to thinking about event sequences in dynamic terms, rather than linear ones. Becoming an author of interactive story experiences requires an interdisciplinary approach and an understanding of both algorithmic arts and storytelling strategies in the context of digital experience.

Let us know your thoughts in the comments below