Hans seemed to have the math skills of a 14 year old, but Pfungst noticed that the horse’s handlers were inadvertently cueing him when to stop tapping
© Tim Dare, University of Auckland

A man of science, he set out to test his hypothesis by teaching mathematics to a horse called Hans. Hans quickly showed real aptitude; soon he could read a number written on a board and tap his hoof with the correct number of times. 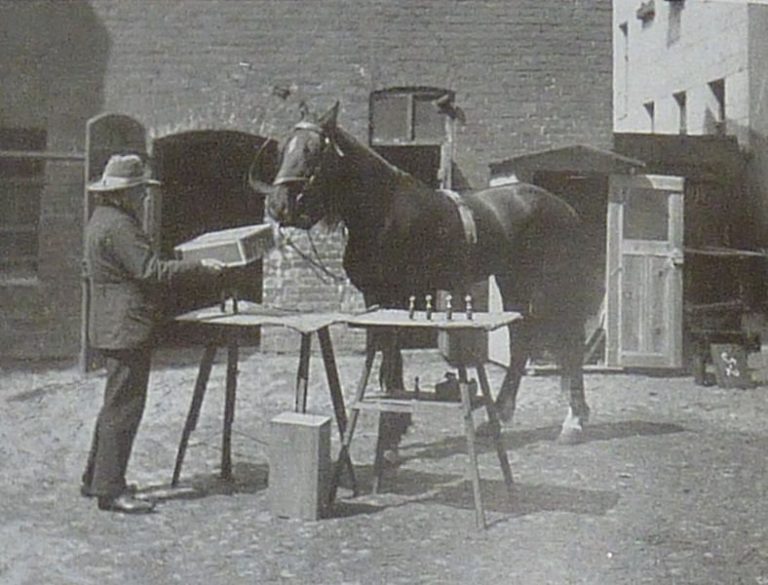 When doubts were raised, Von Osten happily agreed to allow Germany’s board of education to conduct an independent investigation. In 1904, after extensive testing, the Hans Commission – which included two zoologists, a psychologist, a horse trainer, several schoolteachers and a circus manager – concluded that no trickery was involved. So far as they could tell, the horse’s talents were genuine.

Unconscious cues introduce a form of bias into experiments, leading subjects to give answers that seem right to the researchers. Blinding and double blinding trials are one response. In a blind drug trial of a new drug, for instance, one group of participants receives the drug while a second group receives a placebo.

Double-blind experiments – in which neither researcher nor participant – knows which group a participant is in – also keep the researcher in the dark, preventing them sending unconscious cues.