How can makerspaces help to foster skills? In this article, we’ll look at the relationship between making, play and creativity. 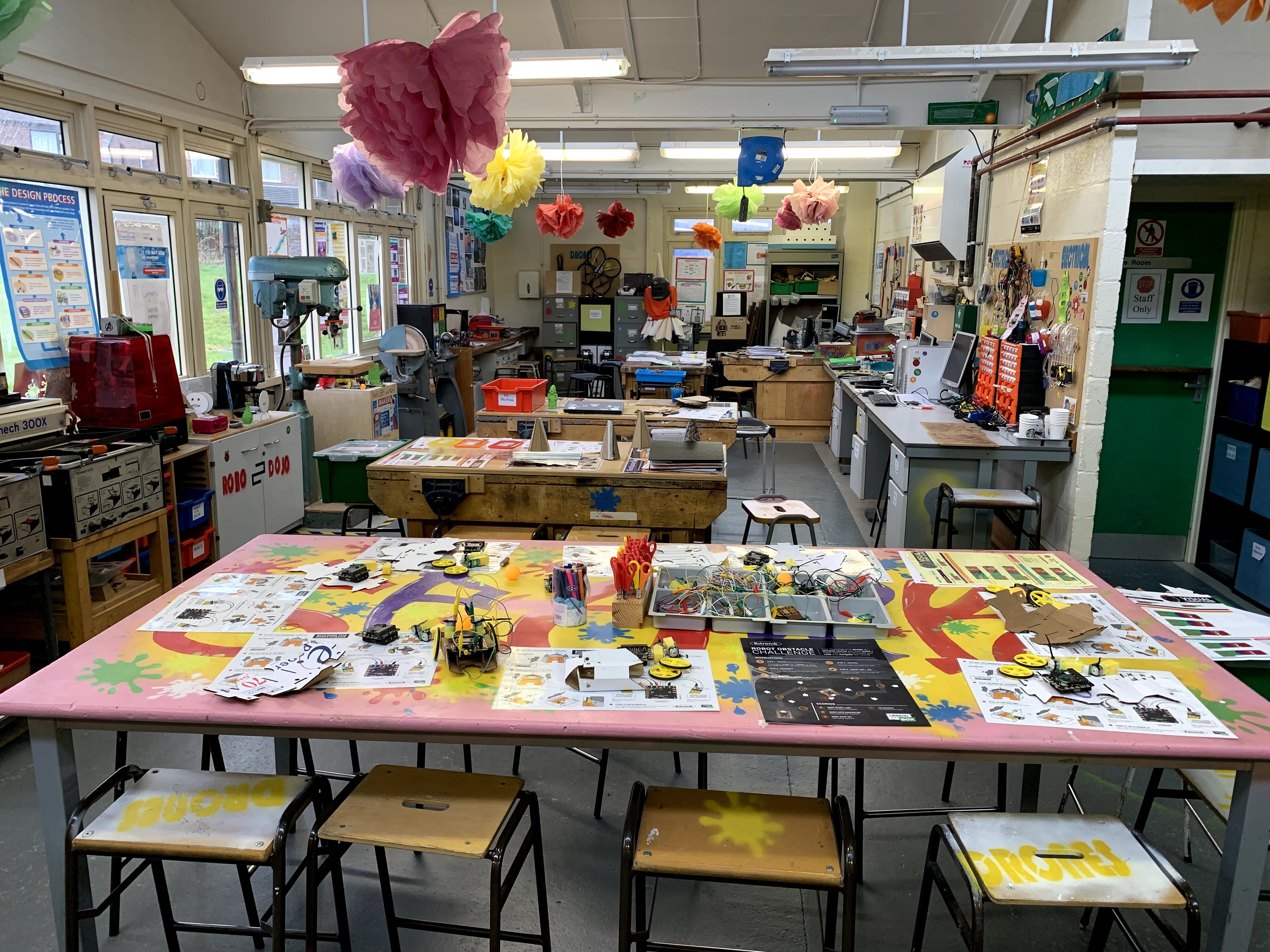 Creativity is an increasingly important skill for the workplace of the future.

Creativity has been defined as “imaginative thinking or behaviour that is purposeful and leads to an original outcome which is of value in relation to the original objective” (All Our Futures Report, 1999).

Of course, whilst this seems a straightforward definition, it could be tricky to apply. Who, for example, decides what is of value or not? We would suggest that the creator needs to make, or contribute to, this judgment.

Making is creative, as it involves the forging of something new. Creativity occurs when some kind of constraint, or challenge, is overcome, as this encourages critical thinking and problem-solving.

For example, when making something, you might have only a few resources, or have a limited time to make it. Having these kinds of challenges in a makerspace is a spur of creativity.

Creativity In the Moment

The psychologist Csikszentmihalyi suggested that, when the mind is stretched to its limits, we experience a creative ‘flow’ in which time passes by without us noticing, as we are lost in the moment of the activity.

Anyone who has visited a makerspace might be familiar with seeing people in this kind of flow, oblivious to their surroundings as they design and make objects.

There are a number of qualities of play that are agreed upon consistently in the literature, namely that, play:

Making in makerspaces can involve play, but is often more likely to be playful in nature. We can feel and act playfully, even if not engaged in play as that is traditionally defined.

Makerspaces can enable users to be playful in their approach to making, as they experiment, take risks and have fun. This is not just relevant to children.

Whyte (2016), in a study of adults using a makerspace in a library in the USA, noted that the adults valued being able to be playful more than any other benefit of the makerspace.