This article will look at the technology of egg freezing to preserve fertility, and offer an introduction of the steps and safety aspects. 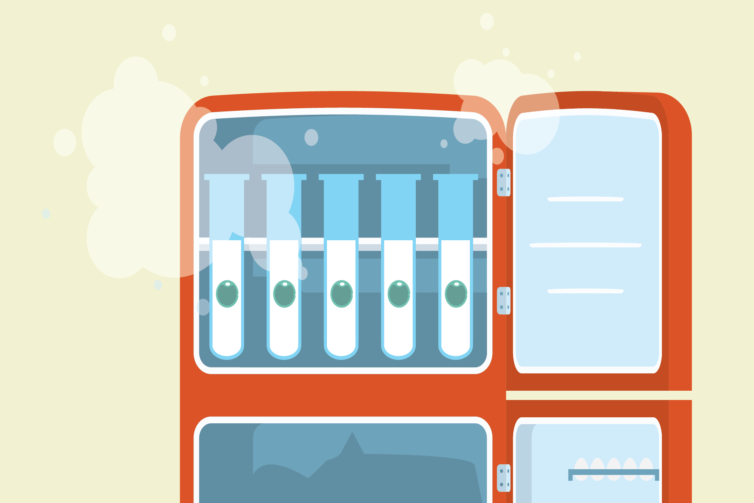 What is egg freezing?

In this article, we will consider social egg freezing, meaning egg freezing without a prior medical indication. This is a technology that has grown considerably in recent years. The key question is whether this development is a positive or a negative one.

A brief history of egg freezing

The first live birth in humans following egg freezing was in 1986. So egg freezing is now a technology that is over thirty years old. However, recent advances have enabled higher success rates in terms of egg survival, and ultimately, the chances of a successful pregnancy.

Human eggs are difficult to freeze due to their size (compared to other cells) and their delicate structure, so a special procedure is required. In this article, we will look at the science of egg freezing and what is required for this process.

Until recently, eggs were frozen via what we now refer to as ‘slow freezing’. However, a flash-freezing process called vitrification has enabled many more eggs to survive the freezing and thawing process.

Other advantages of vitrification include the lower costs from lack of dedicated equipment and speed of the procedure, which both increase the chances of a live birth following freezing.

The steps of egg freezing 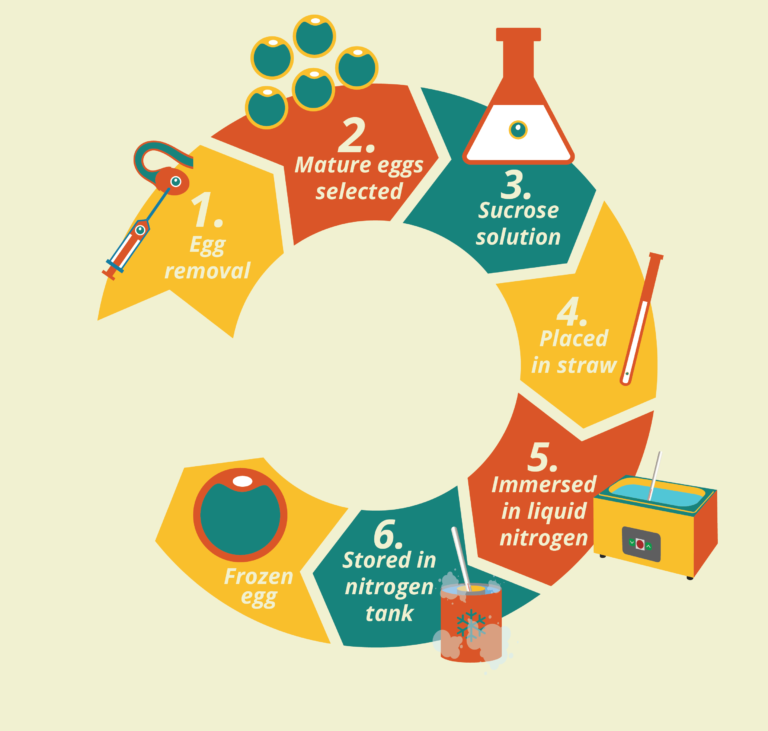 Vitrification involves a number of steps, as illustrated in the diagram above. First, there is egg removal from the woman’s ovary following hormone stimulation, which is done with a small needle inserted into the ovary.

Then the mature eggs are selected (Step 2). These are transferred to a sucrose solution, which eliminates the water they contain. Eliminating the water inside the cells avoids the problem of ice crystals forming which might damage the cells.

The eggs are then placed in straws, which are small tubes, ready for freezing.

The straws are immersed in liquid nitrogen at minus 197 degrees Celsius – equivalent to minus 322 Fahrenheit – which instantly freezes the eggs.

The straws are then labelled and carefully stored in a nitrogen tank, where they are available for later use.

Safety is a crucial issue in evaluating any new therapy, particularly as egg freezing was originally introduced directly in humans without good evidence of its success.

Early on, there were concerns that this process could alter genetic imprinting, embryo development, and the developmental origins of health and disease. Current evidence does not demonstrate any effects on the health of the offspring.

Egg freezing is now so advanced that the American Society for Reproductive Medicine declared in 2013 that egg freezing via vitrification should no longer be considered experimental, but rather an established, practice.

The value of vitrification

Vitrification increases rates of survival, fertilisation, embryo development and clinical pregnancy compared to slow freezing in randomised trials. Whereas slow freezing might result in around 60 per cent egg survival, with vitrification as many as 90 per cent of eggs survive the hazardous freezing process.

However, surviving the freezing process is just the beginning of the journey, as the egg(s) also have to undergo conception and implantation, and the pregnancy needs to progress healthily. At present, the chance of pregnancy with multiple eggs stored is rarely above 50 per cent.

However, egg freezing is now considered an option for women and has already resulted in numerous successful pregnancies. Yet the process is not straightforward and there are many steps in the process, which makes the procedure costly both in terms of time and money.

Below is an estimate of what the process of freezing – with subsequent IVF – might cost at a private clinic in the UK. Not all of these are necessarily required, but they are usually part of the process of egg freezing in the private sector.

If you’d like to learn more about making babies in the 21st Century, check out the full online course from UCL, below.