Following the increase in violence and persecution of the Rohingya people in Burma, the Rohingya community reached out to the Canadian Museum for Human Rights (CMHR) early in 2017.

They requested that two portraits of Aung San Suu Kyi be removed from two galleries in the museum where she was featured as a human rights defender. They also requested a fair representation of the Rohingya story in the museum. Before engaging meaningfully with the community, the museum decided to develop a photographic exhibition showing the exodus of the Rohingya from Burma in an aesthetic, yet minimally contextual, format. Featuring approximately two dozen photographs, the exhibition would be limited to one introduction panel and a personal statement written by the photographer chosen by the CMHR. Accompanying labels would only name the image and give the date of the photograph, with no captions to provide an enhanced understanding of the social, political and cultural context of the genocide against the Rohingya.

The original vision for the exhibition risked engaging with the story of a community only from one frame of reference and worldview: captured through the eyes of a white photographer, interpreted by a mostly white museum team and presented to a majority white audience. However, it became clear that there was a need to ensure that there would be a space for members of the Rohingya community to craft their own narratives, using more than one frame of reference and worldview. The Museum started to meet members from the Rohingya community across Canada in the spring of 2018. Meaningful participation required that community members be asked how they would like to tell their own story. Community members found the images selected by the museum powerful; however, they also felt that Rohingyas’ perspectives were lacking. They were concerned that the images would contribute to the depiction of their people only as victims and not as multifaceted human beings. Community members felt that it was important for the exhibition to include their voices as well as photographs taken by themselves both in Burma and in the refugee camps. 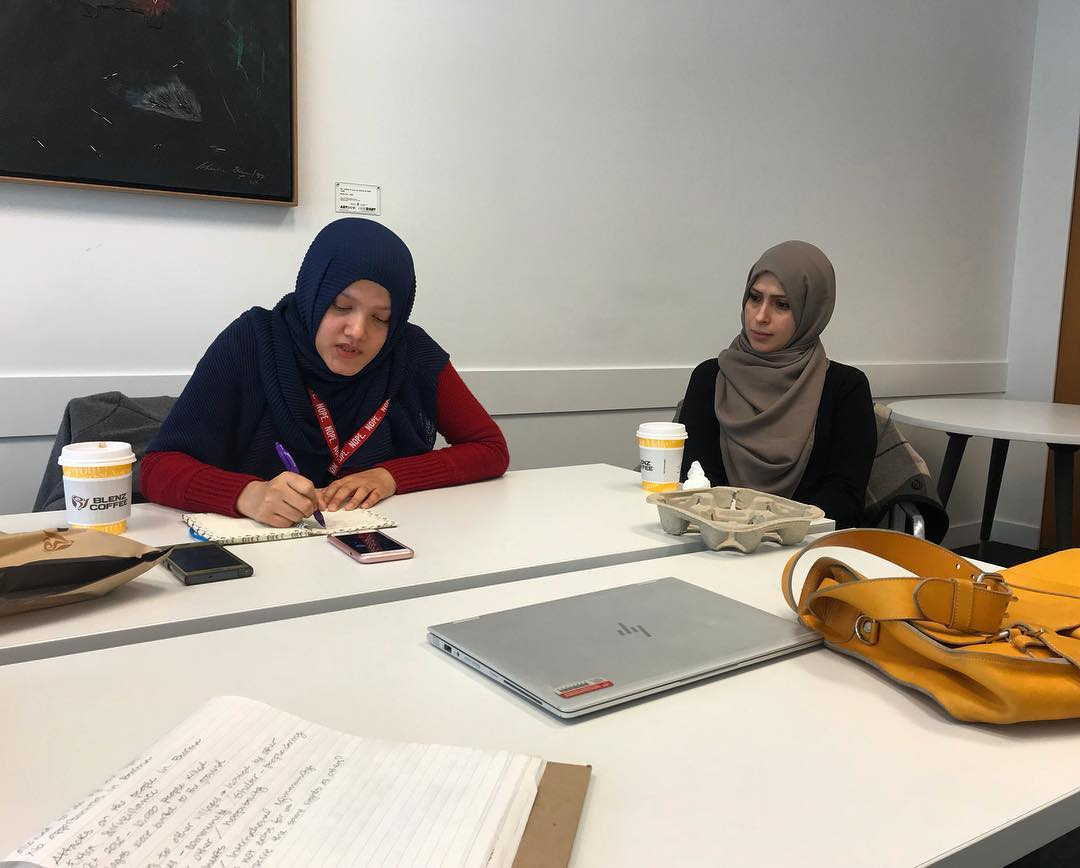 A curatorial committee was created to ensure that the exhibit development process would be a shared responsibility between members of the Rohingya community and the CMHR. The curatorial committee was tasked with carrying out research, identifying and sourcing community images and artefacts such as clothing and jewellery; the development of the oral history project; providing input in content direction; and the curation of the photographic images that would be on display. The curatorial approach also required that members of the committee document the reasons behind the curation of the images as the basis of the content for the captions which would provide some context for the exhibition. Constant communications unfolded as the exhibition took form through the work of the curatorial committee. This is important because meaningful collaborations require significant time to be allocated to develop and cultivate a relationship of trust between all museum staff involved and community members.

The curatorial committee identified members of the Rohingya-Canadian community across Canada who represented a diversity of perspectives and who were willing to share their stories through the museum. Members of the curatorial committee met with and explained the oral history project and exhibition to possible interviewees to ensure that if they chose to participate, the committee and museum would have their clear and informed consent. During the development of the interviews, new themes began to emerge, themes that had not yet been mentioned during the meetings and phone calls with the curatorial committee. Because oral histories provide an opportunity for everyone involved to hear from different sectors and layers within a community, the curatorial approach must ideally remain flexible and open to incorporate potential new findings.

This content is taken from
International Council of Museums online course,

Time to Act opened at the CMHR on June 15th, 2019. The community-centred opening elicited positive feedback from the people attending. This was the first time that the CMHR let a community lead the opening event of an exhibition, and it certainly paid off. The opening was heartfelt: members of the community presented their stories in their own words and on their own terms and felt a tremendous sense of pride, accomplishment and ownership when viewing the exhibition. They also drew a number of important lessons from their experience that would serve them well going forward: first, an increased awareness of the level of agency that the community can have when engaging with institutions that hold power; and second, the power of the media coverage around the opening, which provided members of the community involved in the exhibition with a platform to speak up and to raise awareness about the ongoing genocide.

This content is taken from International Council of Museums online course