Migration, industrialisation and the transformation of Berlin in a leading European metropolis

Find out about how migration was crucial to Berlin's development into one of Europe's leading cities in the early twentieth century. 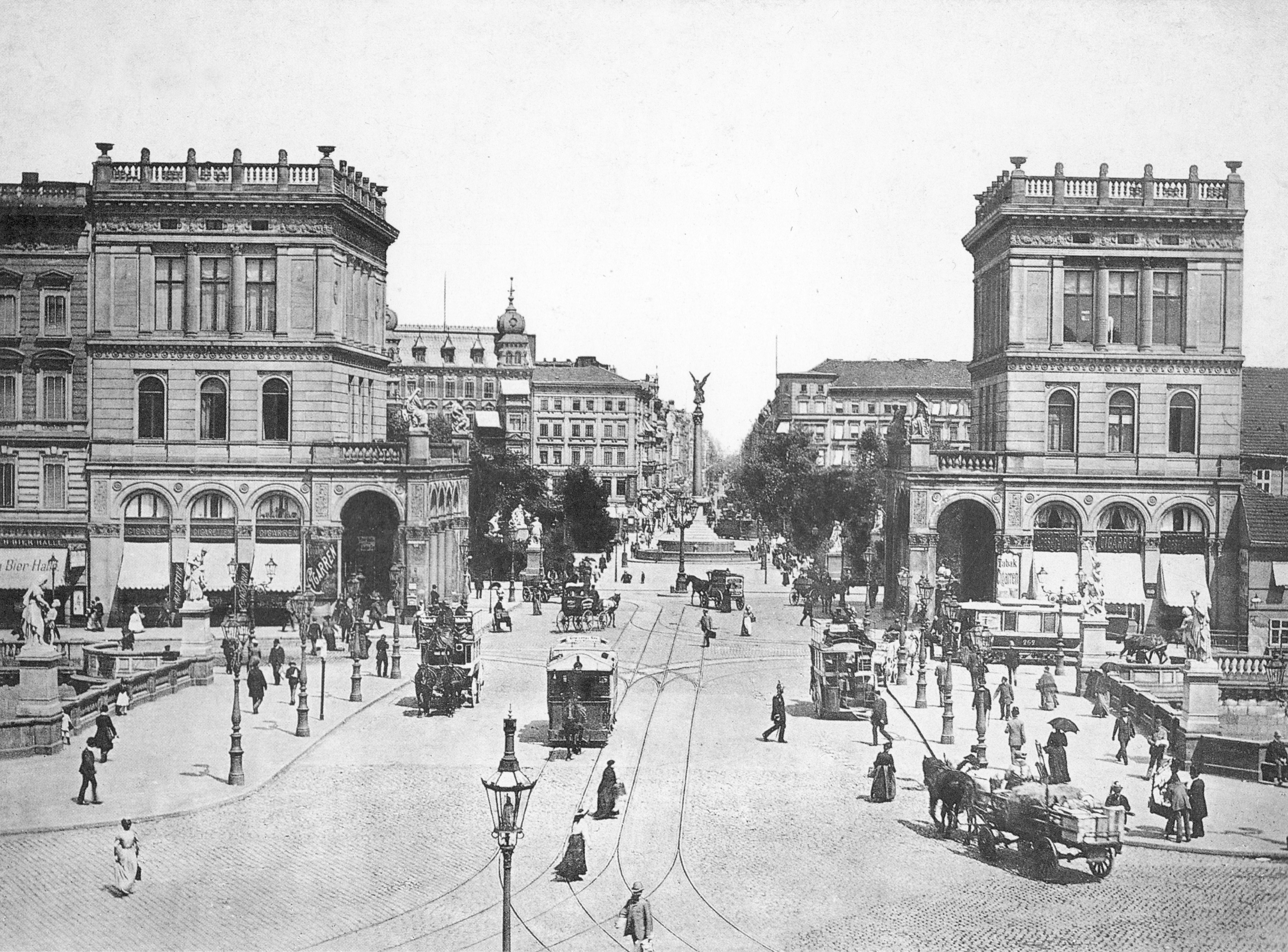 Like Manchester, Berlin rapidly expanded during the nineteenth century to become one of Europe’s principal centres of manufacturing and finance. Its growth was even more impressive: increasing from 170,000 inhabitants in 1800 to almost two million inhabitants by the end of the century.

Berlin had a notable history of immigration prior to its industrialisation. When it became capital of Prussia in 1701, the small city was already a cosmopolitan centre. Around 20% of the city’s 50,000 inhabitants had been born abroad: many were Protestant Huguenots who had been granted refuge after fleeing religious persecution in France in the 1680s, but there were also Viennese Jews, Greeks, Italians and Calvinists from across northern Europe who brought the money and expertise that would lay the foundations for the city’s development. Artisans from Liege, for instance, introduced the manufacture of weapons and armaments, and Dutch workers drained the surrounding marshland.

While this foreign presence left its mark on the city, it paled in comparison with the enormous wave of people that swept into Berlin during the late nineteenth and early twentieth centuries. By 1900 more than 60% of Berliners were either immigrants or the children of immigrants. Thanks to continuous arrivals and the expansion of the city’s administrative borders, Berlin’s population reached the 4 million mark in 1924 and at that time was the most populous city on continental Europe.

The city’s working population remained relatively homogenous. Over 95% were native German speakers, with the rest mostly Polish or Russian speakers. This was because the vast majority of migrants came from the eastern provinces of Prussia, which although located in present-day Poland, were then inhabited by impoverished German peasants. On the other hand, many of the city’s cultural, intellectual and political figures, drawn by the allure of the modern metropolis, came from abroad, from countries such as Poland, Russia, Latvia and Hungary, and a good number of them were Jewish.

The mass movement of people and the city’s rapid growth gave Berlin a particularly fluid and ambivalent identity. The decision to name Berlin the capital of the newly formed German Empire in 1871 was immensely popular in the city, but many of the elites in Germany’s historic urban centres such as Cologne, Munich and Frankfurt resented the choice. Not only was Berlin ‘too Prussian’ and ‘too new’, it was also ‘not German enough’, ‘too Eastern’ and for some ‘too Jewish’. However, while the city’s vibrant urban culture made a mockery of notions of German racial purity, all traces of this diversity would be rapidly wiped out during the Nazi era.

Like Manchester, Berlin offered unprecedented opportunities: investment in new businesses for international capitalists, the experience of modernity for cosmopolitan cultural elites, as well as a chance to escape the hardship of the countryside for thousands of rural dwellers. The reality of a new life in Berlin or Manchester often meant dangerous work, paltry wages and abject housing conditions. This did not halt the flow of millions of people towards the two cities nor did it stop the rise of strong worker movements.

Millions of other Europeans, however, opted for a longer journey altogether, preferring to cross the Atlantic for the Americas. One particular destination – Chicago – is where we now turn to.