This course’s educators are all working at RITMO Centre for Interdisciplinary Studies of Rhythm, Time and Motion at the University of Oslo. 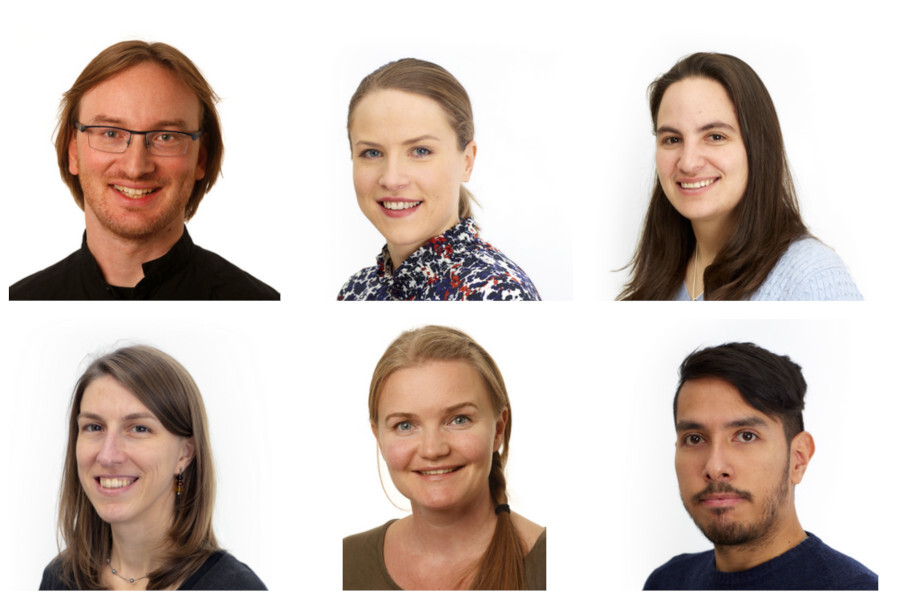 This course’s educators are all working at RITMO Centre for Interdisciplinary Studies of Rhythm, Time and Motion at the University of Oslo. They have experience with using motion capture in many different settings and for various purposes.

Alexander Refsum Jensenius started his university studies as a classical piano-playing mathematics student and graduated with a degree in experimental music technology. He got interested in video analysis while creating interactive dance performances in the early 2000s. As a visiting researcher at McGill University, he was introduced to infrared motion capture. Now he is a music technology professor at the University of Oslo and directs the fourMs Lab at RITMO. He is particularly interested in studying human, music-related micromotion, the tiniest motion we can produce and perceive.

Jonna Vuoskoski received a doctorate in 2012 from the University of Jyväskylä, Finland, researching individual differences in music-induced emotions. As a postdoctoral research fellow at the University of Oxford, she carried out two research projects that investigated crossmodal perception in the context of musical performance and the role of empathy in musical engagement. Now she is an associate professor of music cognition at the University of Oslo and a core member of RITMO. Her main research areas are music and emotion, music and individual differences, and the social and embodied cognition of music.

Kayla Burnim is a senior engineer at RITMO. After her bachelor’s in mechanical engineering, she worked as a research and development engineer in the new product development of medical devices. She then went on to gain a masters in bioengineering and work as a gait lab engineer at Children’s Hospital Colorado. She used a variety of optical motion capture systems and wearable sensors in both clinical and research setting. Now at RITMO, she works as both a lab engineer and data manager.

Laura Bishop received a PhD in music psychology from the MARCS Institute, Western Sydney University, Australia. She then moved to the Austrian Research Institute for Artificial Intelligence (OFAI) in Vienna, where she carried out projects on body motion and eye gaze in music ensembles. Now, she is a postdoctoral research fellow at RITMO. Her research focuses on attention, creativity, and interpersonal interaction in music ensemble playing.

Mari Romarheim Haugen received a PhD in musicology from the University of Oslo, Norway, in 2016. She is particularly interested in music and motion, rhythm production and perception, and music and dance. In her research, she uses motion capture technologies to investigate the motions of musicians and dancers from different music cultures. Mari is also a trained vocalist and music teacher from the Rhythmic Music and Dance Education, The Royal Academy of Music, Denmark.

Victor Gonzalez Sanchez is a researcher on human movement and physiological signals. He received a PhD from the University of Sheffield, UK, on human movement and dexterity. As a postdoctoral fellow at the University of Oslo, he researched movement and music from a listener’s perspective and a performer’s perspective. During his research, Victor has used optical motion capture systems and wearable technologies to understand better how we move and interact with our environment.

Several other people have also been vital for creating this course. Please check out the credits page for details.