Anatomy is a topic that is usually covered in semester-long courses, so here we will only give a basic overview.

Anatomy is a topic that is usually covered in semester-long courses, so here we will only give a basic overview.

In the video, we focused on the more visual aspects of anatomy. This article will provide some more detail, introducing some of the anatomical terminology used in movement analysis. 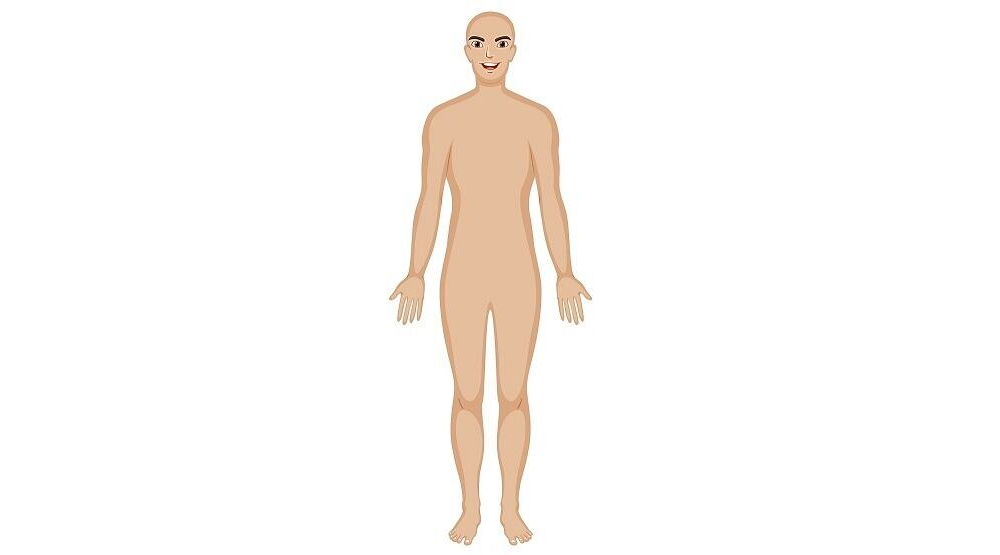 We usually separate between two approaches to studying anatomy: regional or systemic. A regional approach looks at everything within a certain part of the body, say the lower limbs. Systemic anatomy focuses on one system throughout the whole body.

The basic regions of the body are the head, neck, trunk, upper limb, and lower limb. Each of these main regions can be further divided into subregions. Some of these subregions are shown in the figure below. For movement analysis, it is essential to know the difference between arm and forearm and thigh and leg. 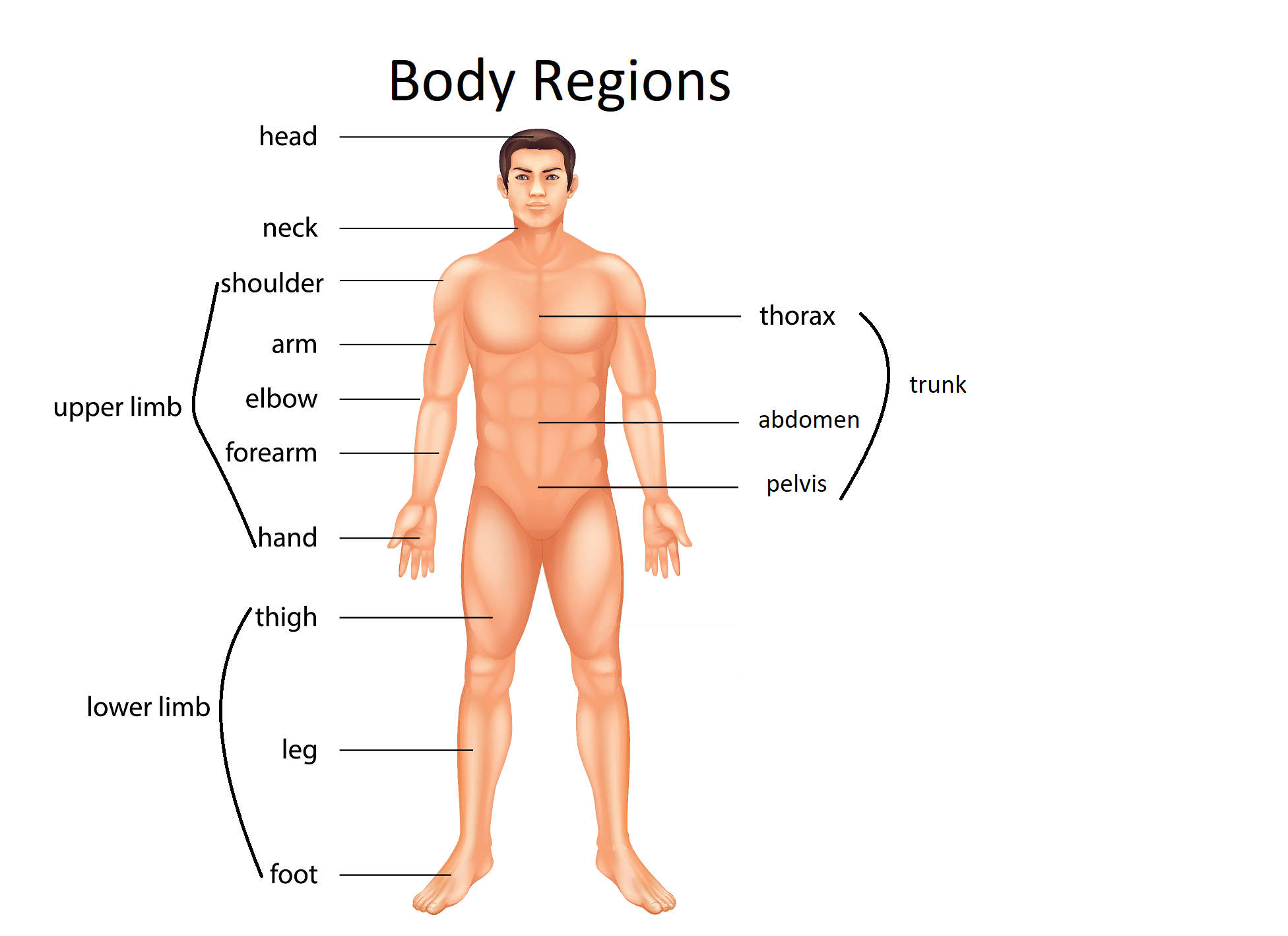 There are a few ways to describe position, orientation, and location in three dimensions using the anatomical position. The first is what is called anatomical planes. As shown in the figure below, we can think about the anatomical planes as imaginary “sheets” used to divide the body. When we talk about the whole body, the reference point or origin is the belly button. When discussing a small segment of the body, like the foot, the reference point can be placed in another meaningful position. 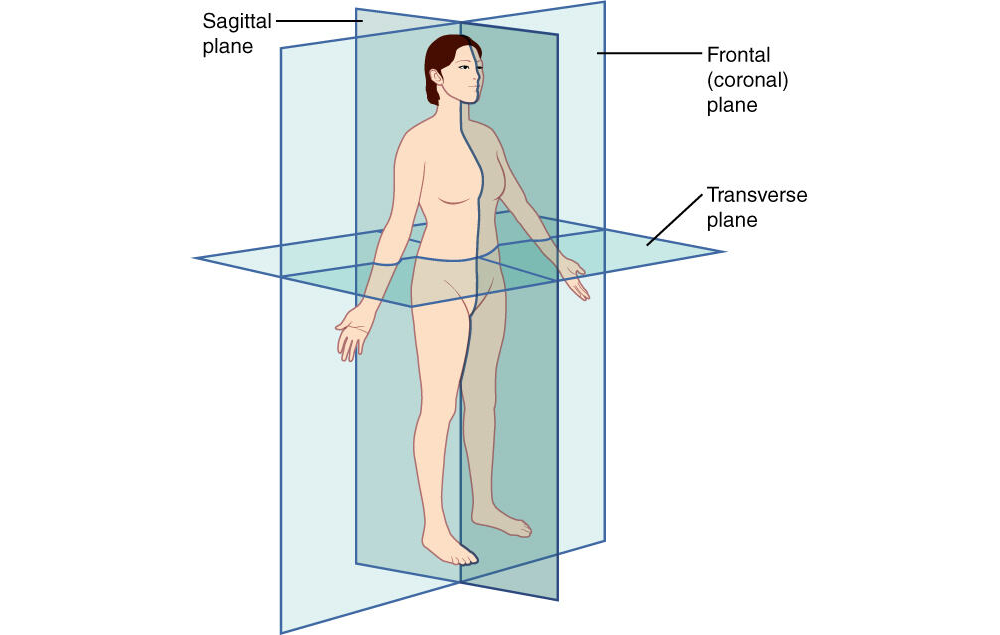 There is also a standardized vocabulary for describing the directions of the body. These directional terms are arranged in pairs to describe where something is in relation to something else.

Just like for the anatomical planes, the default origin of the directional terms is the belly button. However, you can also describe directions from other points. Below is a table listing some of the most common directions.

If we put all of this together, we arrive at the figure below showing a woman standing in the anatomical position overlaid with a directional map. 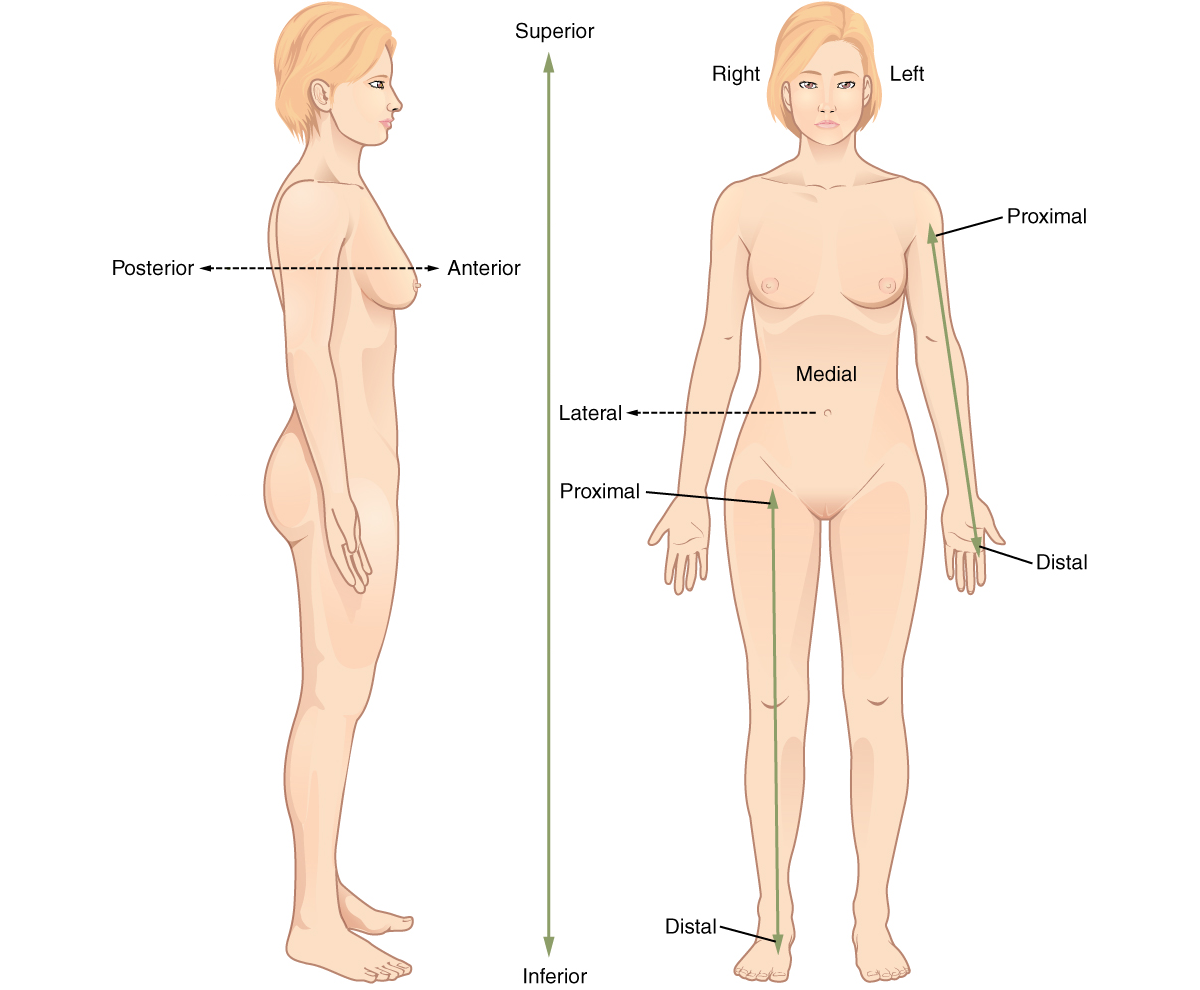 You may not remember all of the terms we have discussed in this section. Still, it is good to know about the vocabulary used to describe the body. You can always refer back to this post for reference.

Looking for a textbook on anatomy? We can recommend these: