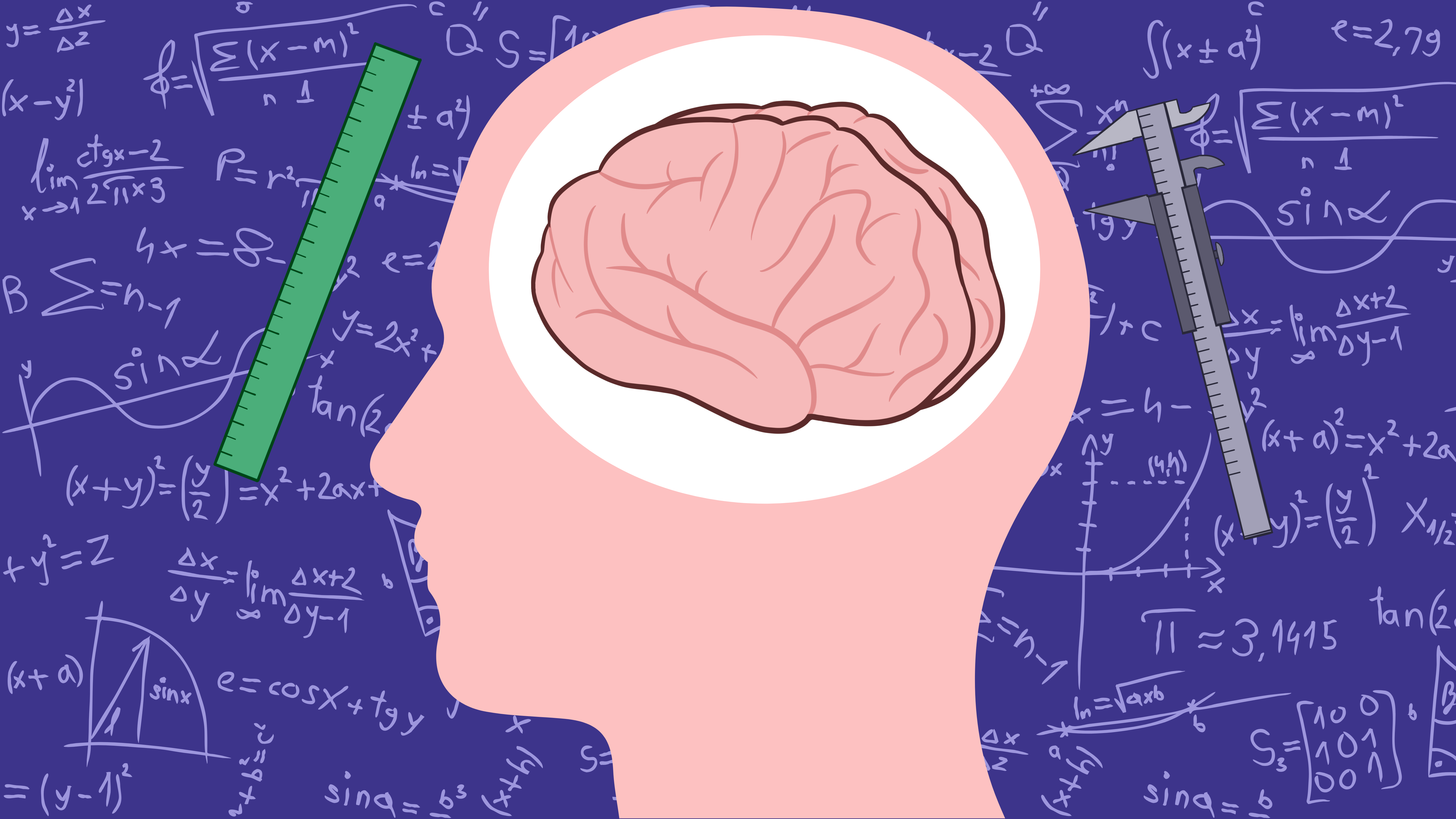 Intelligence is a topic that has always fascinated psychologists and scientists in general.

Regardless of the definition of intelligence you have in mind, we can probably all agree that intelligence is something positive: we all want to have a good level of intelligence. We admire people who are intelligent, and we are genuinely interested in understanding how to improve our intelligence. 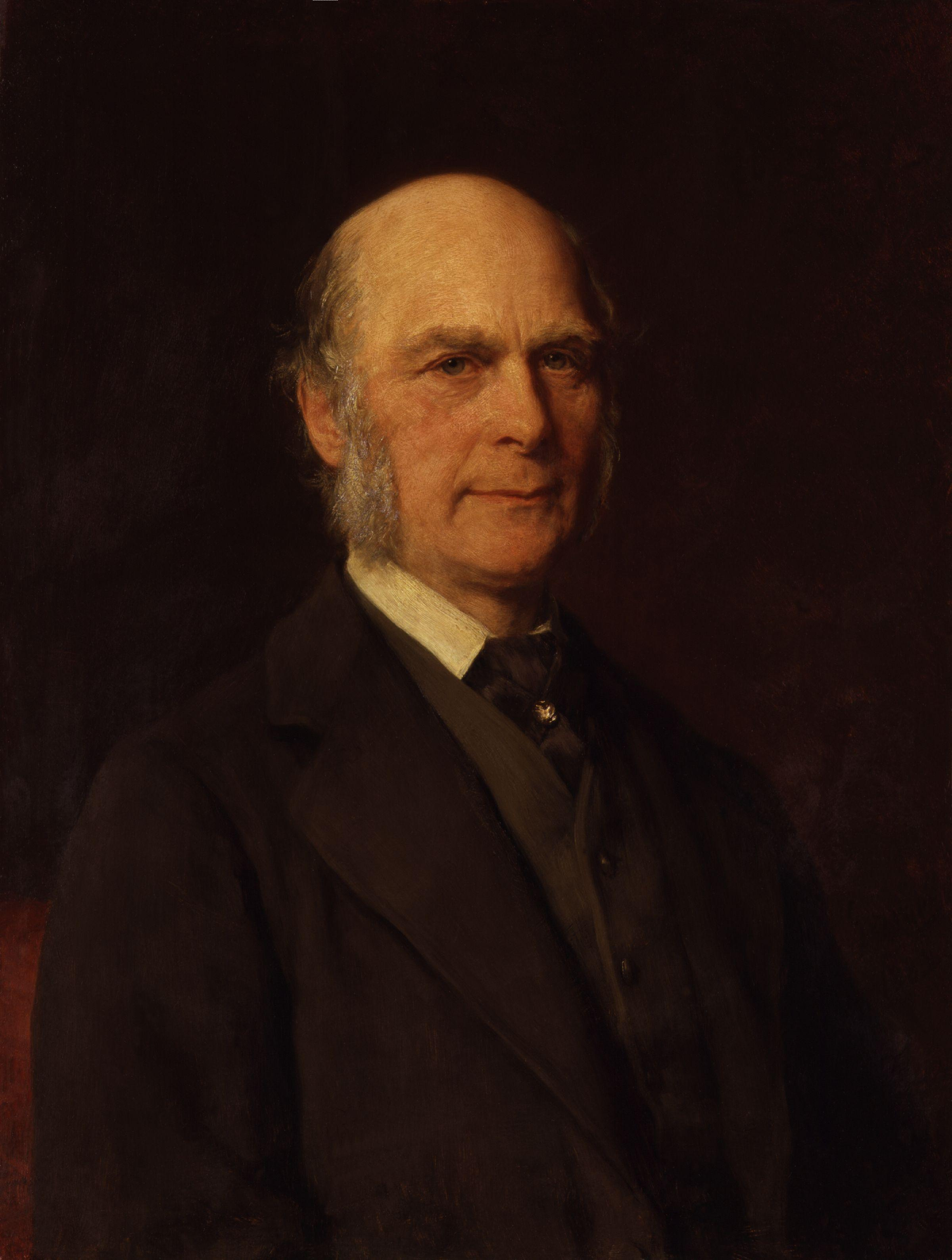 Like many of the scientists of his time, Galton was interested in an incredibly large spectrum of topics. He provided insights on statistics, sociology, psychology, and anthropology; he was a tropical explorer and a geographer, an inventor and a meteorologist. Among other things, Galton was also interested in intelligence.

It’s all in the family

Presumably, the interest and the idea of Galton about intelligence began with an observation, the most typical “start” of any scientific investigation. He observed that intelligence runs in families: in English society of that time, eminent people (eminence is the word Galton used to address intelligence) always came from the same families. For example, these families could have more than one person at the top of the society, whereas some others had none. This “inheritability” was not limited to intelligence, as Galton believed that many other abilities were also inherited by people, an example of which is the ability of our senses.

Galton had a good chance of setting into practice some of his ideas, thanks to the International Health Exhibition that was held in London in 1884. There, Galton could set up his “Anthropometric Laboratory”. As the name suggests, the laboratory was a place where many measures were taken. 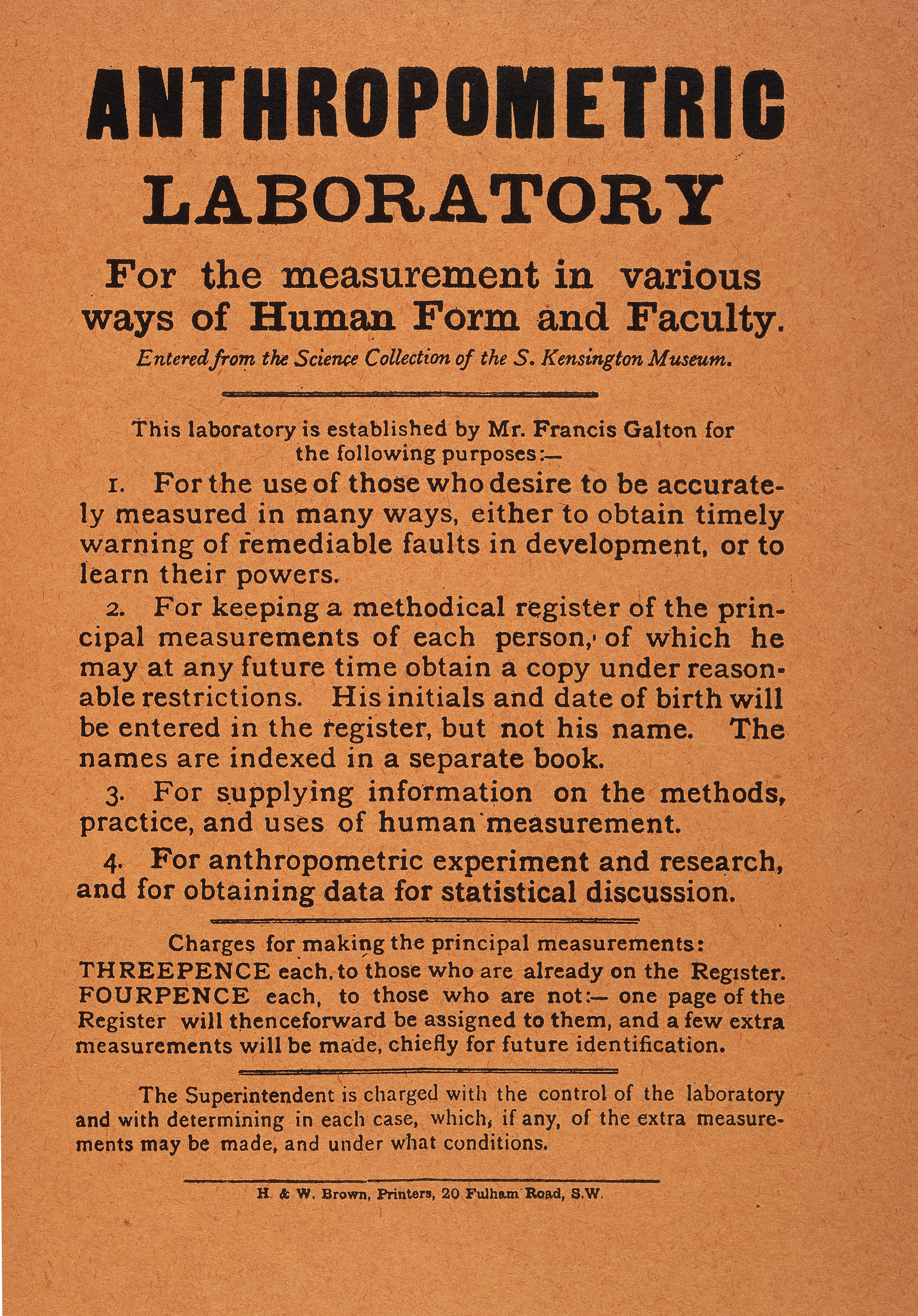 An advertisement on the Anthropometric Laboratory: See page for author, CC BY 4.0 https://creativecommons.org/licenses/by/4.0, via Wikimedia Commons

For example, Galton was taking body measurements such as the length of arms and legs, as well as the head size—although this particular measurement was soon dropped for practical reasons: it was inaccurate and additionally, it would require much time for women to disassemble and reassemble their hair and bonnets. In the laboratory, people’s visual and auditory sensitivity were also assessed together with other characteristics.

In only fourteen minutes, Galton would return to the visitors who took part in the research with measurements in 17 different categories, creating a rather comprehensive statistical database.

Galton carried on this data collection in the successive year in his own lab that was set in the gallery of the South Kensington Museum. Despite the enormous dataset, Galton could not find any evidence in support of his idea of intelligence because none of the measures seem to be related with intelligence.

The invention of eugenics

However, the main reason Galton’s name is related to intelligence is eugenics, a term he invented and introduced in 1883. Galton was largely influenced by the famous publication of his cousin Charles Darwin “On the Origin of Species”. He was particularly interested in the chapter on “Variation under Domestication”, which concerned animal breeding. 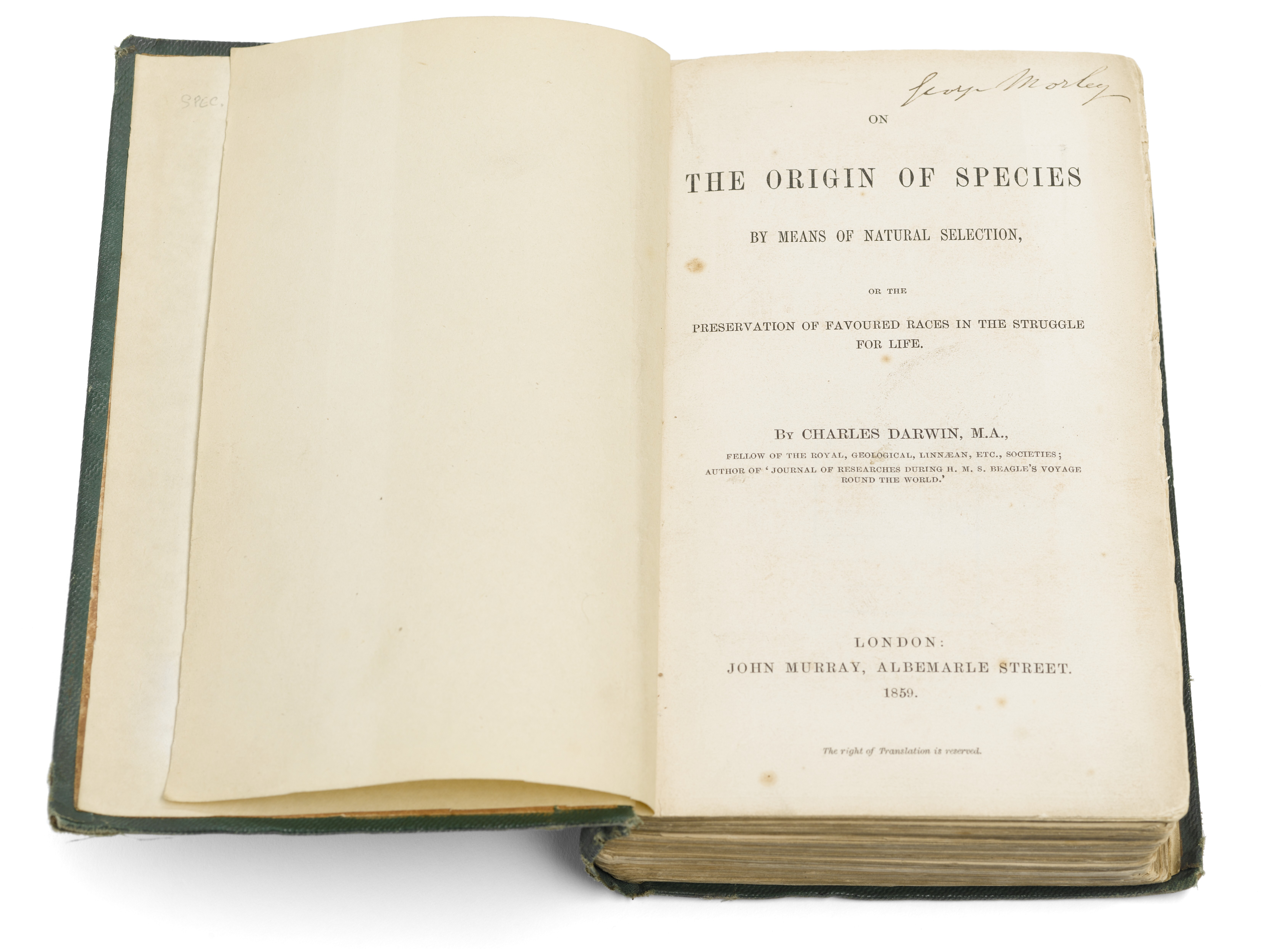 The book “On the Origin of Species”: See page for author, CC BY 4.0 https://creativecommons.org/licenses/by/4.0, via Wikimedia Commons
Because he believed that intelligence was inherited, he thought that societies could benefit from a systematic breeding plan that favoured the reproduction of highly intelligent individuals (positive eugenics) and disfavoured the reproduction of people with poor intelligence (negative eugenics). Eugenics strategies (for example in the form of forced sterilization of selected individuals) were later applied by several countries at the beginning of the twentieth century, as well as in the Germany of Adolf Hitler.

Although eugenics may shed a dark light on Galton’s name, his contribution to various fields of knowledge was enormous.