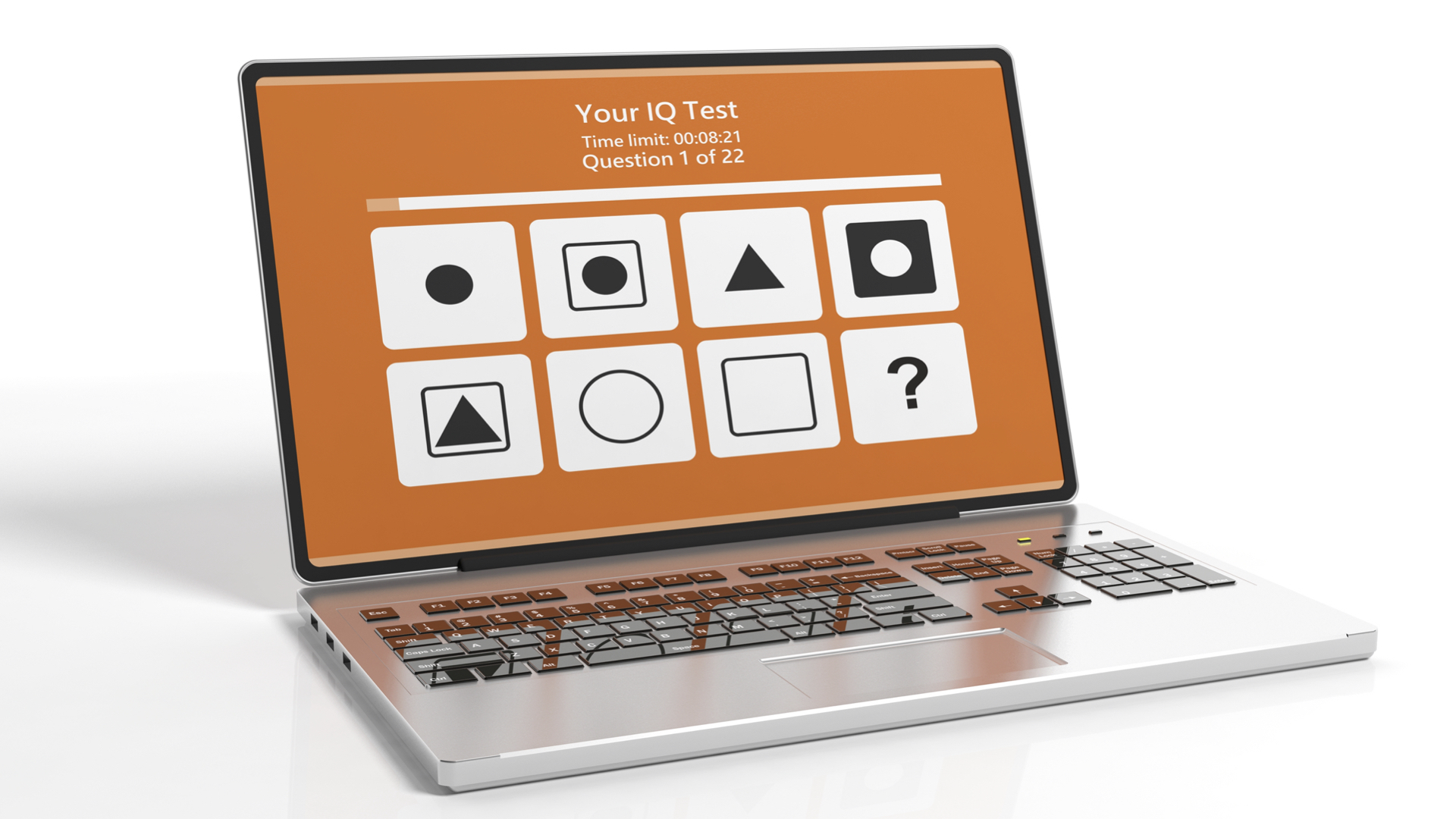 Let’s have a go at a few questions from an intelligence test.

The questions below are an adaptation of some of the questions you may find in (perhaps) the most diffused and used intelligence test: the Wechsler Adult Intelligence Scale.

Because this test uses various types of questions, we will have a sample of many of these types. Note that some questions are not adequate to be implemented online because they require specific materials and the presence of a skilled experimenter. The pictures should nonetheless explain to you how these questions work. Give it a shot!

In this test, you are given a set of cubes. 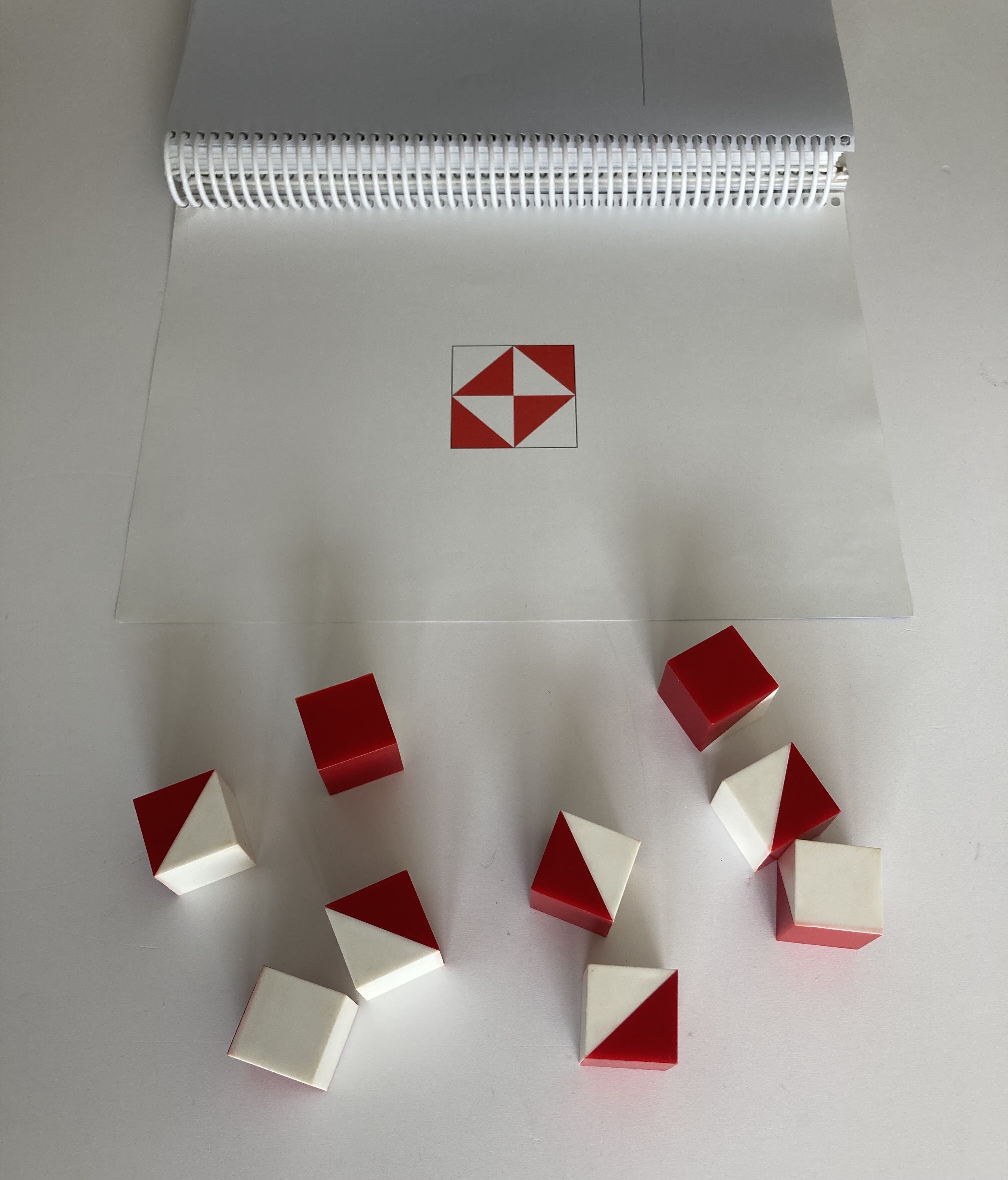 These cubes have sides that can be white, red or half red and half white. The person taking the test has to arrange the cubes in a way to reproduce the pattern suggested by the experimenter. This has to be done within a specific time limit.

The experimenter presents two words and you have to say in what way the two words are similar.

The digit span subtest is divided into two parts. In the first part (called forward digit span), the experimenter says a sequence of digits (for example, “7”, “2”, “9”, “4”) and the participant is asked to repeat the sequence “as is”. As the subtests progresses, the length of the sequence increases.

For matrix reasoning, the experimenter presents a row of figures and you must determine which of the figures from the choices best fills the gap in the given row. The response has to be given within 30 seconds. 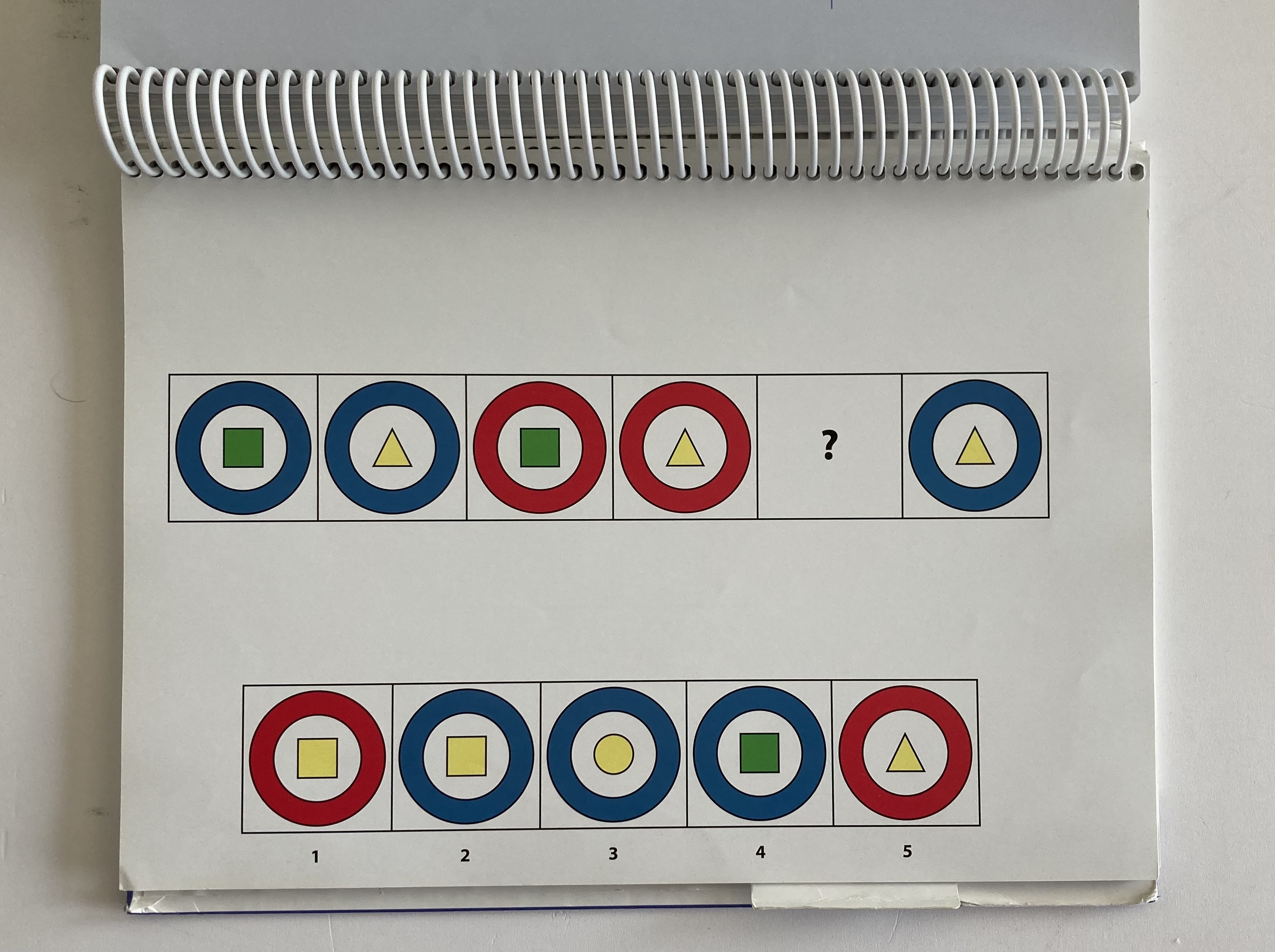 Can you figure out the missing piece in this example of matrix reasoning?

At the beginning of this task, you are presented with a list of pictures, followed by a list of words. Your task is to determine what the pictures represent and what the words mean.

For example, what do the following mean:

In the arithmetic test, the experimenter asks you a question, which you must respond to within 30 seconds.

For example: If you need 31 minutes to make two cakes, how much time do you need to make 12 cakes?

In the symbol search, the experimenter presents two target symbols and a group compose of “search symbols”, from which you have to search the target symbol.

While it’s possible that one of the target symbols is present in the search symbol group, it could also occur that none of those in the choices are correct. In the task, the experimenter presents 60 lists and you are given 120 seconds to solve as many problems as possible. 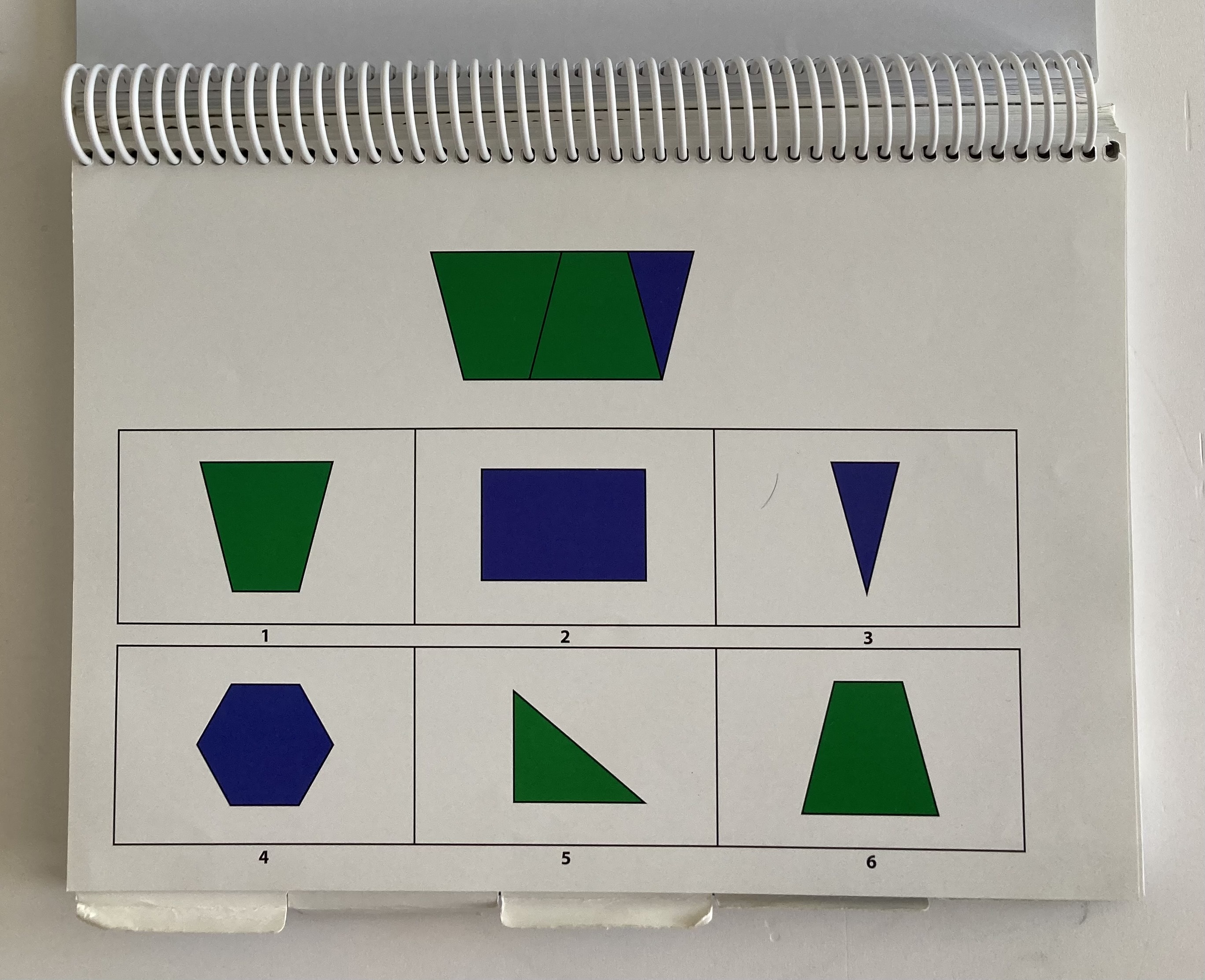 Can you solve this puzzle in 20 seconds?

In the information subtest, you have to respond to general knowledge questions.

The test consists of (e.g. nine) digit-symbol pairs followed by a list of digits. Under each digit, you should write down the corresponding symbol as fast as possible. The number of correct symbols within the allowed time of 120 sec is measured. For example, the digit-symbol pairs may look like those in the following picture:

Then, the experimenter will give you a long list of digits and you have to write down the corresponding symbol as fast as possible. For example:

If you were able to reach the end of this article and answer all the questions, good for you!

However, keep in mind that this is just an example; actual intelligence tests are more comprehensive and require a skilled experimenter!