Pulse and Rhythm in Music: The Entrainment Process 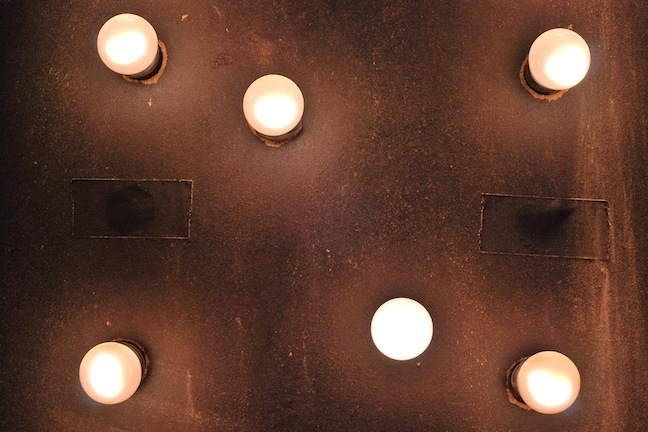 A fundamental property of music is its ability to structure time. Elements like recurring sounds and accentuations express an organization of the musical events into periods of a certain length that can be measured according to a tempo as divisions of clock time (beats per minute). In popular music this tempo is generally steady (isochronous) and expressed most clearly by the drums, with recurring bass drum and snare drum sounds usually playing a central role. In classical music there is more common with small tempo variations. This is called rubato.

To what extent do rhythmic groupings of music have connections to the human body? The connection is most apparent in how rhythmic groupings can be expressed through movements like head nodding (or head banging), foot or finger tapping or upper body bouncing. The ability to perform such movements in synchrony with music is widespread and cross-cultural, and for most dancers and musicians it is often essential for their ability to perform their tasks.

Moreover, it is a very human ability – not observed performed by species closely related to us. In Coldplay’s music video for the song “Adventure Of A Lifetime” (2015) they have chimpanzees that move in synchrony to music. These animals are of course fake. No animal have been successfully trained to perform anything like this (except a cockatoo called Snowball that you can find on several YouTube-videos bouncing back and forth in synchrony to the beat).

Entrainment is a term that describes a process where one rhythm adopts the period and phase of another. If you place two pendulum clocks on the same surface and start them out of phase they will eventually end up in synchrony according to how well the surface transfers oscillations. This term is also used on behavioural processes where we, for example, coordinate our actions with others, and fits well on the human ability to synchronize with the rhythm in music (see Clayton et al. 2005).

Musicologist Mari Riess Jones has done many studies of rhythm in music. She uses the term entrainment to describe how our attention (or attentional energy) may oscillate according to a musical rhythm (Jones 2004) with flexibility to variations and tempo shifts. This process supports dynamic system theories of cognition and from this body of work she has adopted the term attractors or attractor points. When two oscillations interact there are points in their trajectories that are especially significant for how they align (Kelso 1995).

Events in music that are vital for an entrainment process can likewise be named attractors, since they can cause a type of bodily oscillation. Her claim supports the existence of neural oscillations; processes of repeated neural activity that facilitate the performance of cyclic operations (see also Stern 2004:80).

Neural oscillations are also probably active in entrainment processes when repeated movements to musical rhythms are performed. Daniel Schneck and Dorita Berger point to the correspondences between rhythmic pulse in music and muscle activation:

Rhythmic pulsation embodies a consistent symmetrical balance of energy output, of fall and rebound… of tension and relaxation. Rhythmic vibration in music involves the same steady stream of force-rest-force-rest, of systematic strong and weak impulses, of alternating flexion (contraction), release (relaxation), and extension as in the case for paired and coupled muscular behavior. (Schneck and Berger 2006:139, emphasis in original).

The musical pulse transfers a rhythmic vibration of oscillating energy that can coordinate muscular behaviour.

Via dynamic system theories of cognition where bodily actions are seen as highly significant (see Thelen and Smith 1994 and Kelso 1995), a framework for the entrainment process may be outlined; certain repeated sounds or accentuations in the music function as attractors that form an oscillating energy that coordinate (entrain) neural oscillations of muscular behaviour.

In dance music productions a steady stream of bass drum sounds is often used to make the pulse unambiguously present. These are typical attractors. The rhythmic energy pounds steadily and the listener may respond with various types of corporeal up-and-down movements.

A hi-hat sound (or a similar high frequency sound) is often added in between the bass drum sounds (on the off-beats) doubling the number of attractors, marking out an opposite point in the rhythmic energy and the trajectory of an up-and-down movement (ex: Gloria Gaynor: “I Will Survive”, Cher: “Believe”).

Moreover, a snare drum sound may replace or supplement every second bass drum sound causing certain variations to the rhythmic energy and thus to the corporeal movements.

There are not many rhythmic patterns that have a clearer connection between sounds and rhythmic pulse than the pattern described above, and it is, probably for this reason, used in numerous dance music tracks. More generally in music attractors do not occur that frequently, and they can be formed by different musical elements and be more difficult to identify.

What is considered the pulse may also be ambiguously communicated and there are many cases of more complex and compound rhythms. The rhythmic feel – often expressed through a repeating rhythmic groove – is an essentially vital element in much music. It gives the audience the opportunity to move along to the music in meaningful ways and it forms fundamental aspects of mood and feeling.

Many times an unambiguous pulse may be communicated throughout the whole song, but how it is done always varies along the way. Which instruments that are present and how they participate in this action can shape a kind of corporeal journey from start to end. Of course other elements are active in shaping this journey (harmonies, melody, sound, lyrics, etc.), but my argument here is that the main pulse is more than just divisions of clock time. The feeling of pulse plays a significant role in how music can express a diversity of mood and emotional content.