How would you define the word "gesture"? In this article, read about the connection between body movement and meaning. 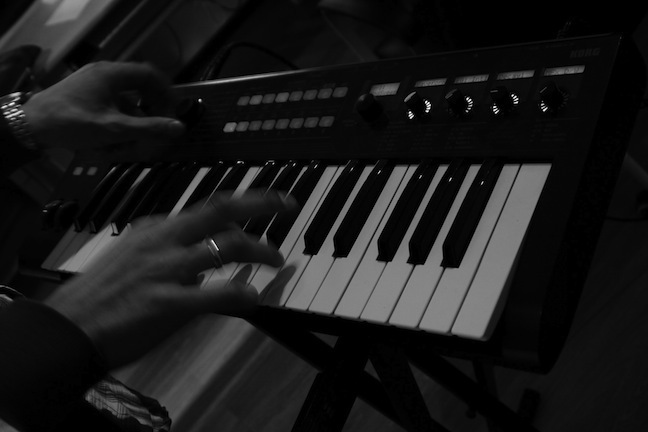 Gesture has been a buzzword recently, but what is actually a gesture?

There is not only one, precise definition of gesture. In fact, it differs widely. In this article we will discuss its usage and various meanings.

a movement of part of the body, especially a hand or the head, to express an idea or meaning

This definition is almost identical to those of other large dictionaries, including Merriam-Webster, Collins and Dictionary. It is interesting to note that all of these definitions focus on three elements:

a movement that communicates a feeling or instruction

Here, “instruction” has been added as part of the definition, and this is also followed up with two sub-definitions:

a. hand movement that you use to control something such as a smartphone or tablet […] b. the use of movement to communicate, especially in dance

Of all of the general definitions of gesture, MacMillan’s resonates best with recent trends in many research communities.

As can be expected, there are numerous definitions of gesture in the academic literature. They may be broadly divided into three main categories:

The first type of definition most closely resembles the general understanding of the term, as well as the definition that is presented in most dictionaries.

The second type represents an extension of the first, but incorporates a shift of communicative focus from human-human to human-computer communication. Still, the main point is that of the conveyance of some kind of meaning (or information) through physical body motion. In its purest sense, such as finger control on a touchscreen, this type of human-computer communication is not especially different from that of the “gesture” used in human-human communication. Likewise, nowadays most people are accustomed to controlling their mobile devices through “pinching,” “swiping,” etc., so it seems like such “HCI gestures” have become part of everyday language, just as the MacMillan definition suggests.

The third type, on the other hand, focuses on gesture in a metaphorical sense. This is what is commonly used when people talk about the musical gesture.

Musical gesture has become a popular way to describe various types of motion-like qualities in the perceived sound (such as by Godøy) or even in the musical score alone (such as by Hatten). This, obviously, is a long way from how “gesture” is used to evoke a meaning-bearing body motion in linguistics, although it may be argued that there are some motion-like qualities in what is being conveyed in the musical sound as well.

One reason many music researchers embrace the term gesture is because it allows us to make a bridge between movement and meaning. As we have seen previously, movement can be described as the physical displacement of an object in space over time. Meaning, on the other hand, denotes the mental activation of an experience.

The notion of gesture may therefore be argued to cover both movement and meaning, and therefore bypasses the Cartesian divide between matter and mind. As such, the term gesture provides a tool for crossing the traditional boundary between the physical and the mental world. Exactly such a crossing is at the core of the embodiment paradigm and it forms the strength of the current extension from disembodied music cognition to embodied music cognition.