Music’s journey through the brain? 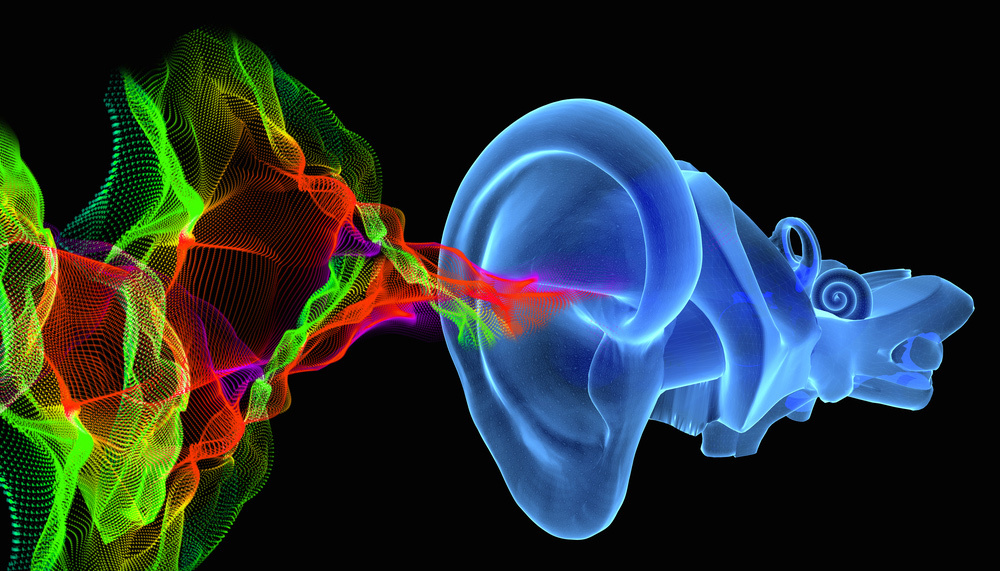 At a very basic level, the music that we hear, whether through headphones or through loudspeakers at a concert, is made up of vibrations of the air. This is all a loudspeaker (or a piano) does: it makes the air vibrate (Thompson, 2015).

We’re descended from animals who found it useful to know when the air vibrated around them, as it might usefully let you know that there is a snarling carnivore nearby trying to eat you.

Converting vibrations of the air to music

So when you listen to music, something very basic has to happen: you need to convert vibrations of the air into something that makes sense. Is that air vibration because of a lion? Or is it just the gong at the end of ‘Bohemian Rhapsody’?

There are two parts to this conversion: sensation and perception. For psychologists, sensation is the process of converting a physical signal (for example, a vibration of the air) into a neural signal (neurons sending electrochemical impulses to each other).

This is, fundamentally, what your ear does: it channels and amplifies sounds into a snail-shaped organ in the ear called the ‘cochlea’.

Different ‘hair cells’ of the cochlea detect higher or lower-pitched sounds (e.g., Freddie Mercury’s falsetto vs John Deacon’s bass guitar), and this detection triggers an electrical signal that gets sent to the brain. If you experience a ringing sound in your head after a concert, part of the reason for it is because of damage to hair cells in the cochlea (Wilson, 1980); because it’s easier to damage the parts of the cochlea that detect higher-pitched noises. This is why tinnitus (a constant ringing in the ears that some people experience) is often high-pitched.

In contrast to sensation, perception is the process of your brain analysing those neural signals coming from the ear, which turns them from a bunch of electricity into something that you experience as sounds (including musical sounds).

Your brain is made up of billions of cells called neurons, which send electrochemical signals to each other, and which are organised within the brain in particular ways. Research suggests that large parts of a part of your brain called the ‘temporal lobes of the cortex’ are devoted to analysing different parts of sounds as they come in. In the image below you can see this part of the brain, highlighted in orange, which is physically just behind the ears. 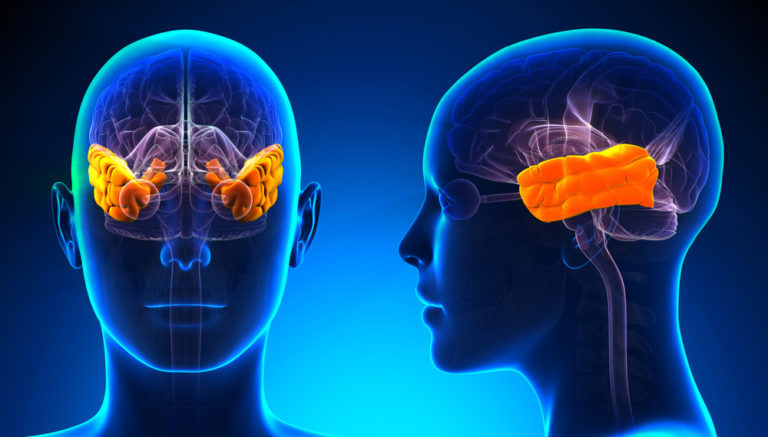 If your temporal cortex becomes damaged, for example if you are in a car accident and something hits your head, you may find that you experience ‘amusia’ (Peretz, Champod, & Hyde, 2003), a condition where people find it difficult to tell the difference between different musical notes.

For instance, someone with amusia might find that musical sounds of different pitches all sound the same; one person with amusia has said that the (quite beautiful and relaxing) piano music of the composer Frederic Chopin sounds to her like a lot of plates smashing.

Thinking about the process of sensation and perception described above, why must a dog be able to hear those sounds but we cannot?

Use the comment link below to discuss your thoughts with other learners.