How can we detect dark matter

Previously, we have discussed the three main evidences of the existence of dark matter and some of the possible candidates for dark matter. However, considerable effort is still needed to unravel its true nature.

Many telescopes and observatories have been established for the purpose of detecting dark matter, but we will only cite a few of them in this article.

First is the Alpha Magnetic Spectrometer (AMS), which is an experiment module mounted at the International Space Station (ISS) in 2011 to focus on particle physics, primarily in shedding light to the origins of the Universe and the detection of dark matter. By collecting antimatter (a substance that causes the destruction of its counterpart matter) from the cosmic rays (high-energy photons produced by very energetic processes in space) in the Universe, they can get some hint on what dark matter is. AMS is still operating and collecting more data until now.

Another experiment for dark matter detection is the IceCube Neutrino Observatory located at Antarctica. Recall that one of the candidates for dark matter is weakly interacting massive particles (WIMPS). If WIMPS collide and annihilate each other, they may produce neutrinos (look at Step 2-11: Future Prospects in Astronomy Research for a short explanation of neutrinos). Therefore, IceCube Neutrino Observatory is expected to indirectly observe dark matter through the products of its interactions. 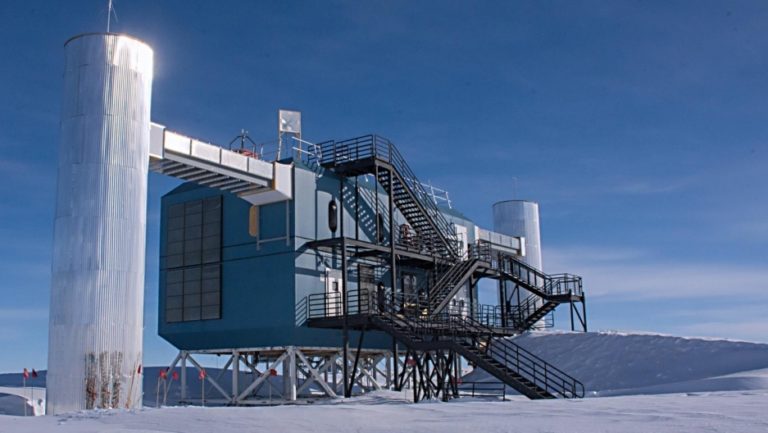