Astronomy is actually one of the oldest natural sciences (i.e., science that focuses on the physical world) that ever existed. Just like any other sciences, its conception arose from human curiosity about what lies beyond the skies above us. Earlier concepts in astronomy were based on mythical and religious views, but over time it was challenged by advancements in science and technology. 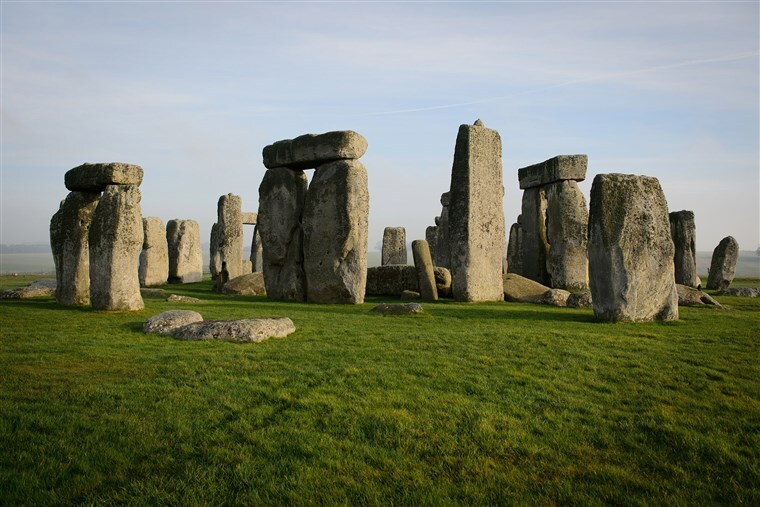 Astronomy is actually one of the oldest natural sciences (i.e., science that focuses on the physical world) that ever existed. Just like any other sciences, its conception arose from human curiosity about what lies beyond the skies above us. Earlier concepts in astronomy were based on mythical and religious views, but over time it was challenged by advancements in science and technology.

Archeoastronomy, as the name suggests (which is a combination of “archaeology” and “astronomy”), is the study of astronomy as viewed by ancient people. It has been already revealed by many archeoastronomers that ancient people even from the late Stone Age had grasped the idea of astronomy. A good example would be the establishment of Stonehenge, which is still surrounded by mysteries as to why it was built. Historians and astronomers have recognized certain astronomical alignments at Stonehenge, suggesting that the site was once a place for observing astronomical events.

There are many other examples of fossils and sacred structures that are believed to be connected with how our ancestors viewed the sky. However, it is still difficult to perceive their thoughts about the Universe just based on these preserved remains. This is because most ancient cultures had no written language and manuscripts in the old times were very rare as most of them were burned and/or lost. Still, there is a lot to uncover about archeoastronomy.

Unlike the earlier people who relied on religion and astrology (the study of movement of celestial objects and how they affect society), the Greeks utilized rational thinking to understand the Universe.

You may have already heard some famous Greek astronomers before that have greatly shaped our science in the ancient times. A few examples would be Aristotle (384 – 322 BCE) who believed that the Universe was divided into two parts: the imperfect and changeable Earth and the perfect and unchanging heavens, and Eratosthenes (c. 276 – c. 195 BCE) who estimated the Earth’s circumference by concluding that the distance from Alexandria to Syrene is one-fifths (1/50) of the Earth’s circumference (his estimate was actually around 14 percent bigger than the true value, which is good enough).

The main highlight of Greek astronomy is the debate between the Ptolemaic or Geocentric Universe and the Copernican or Heliocentric Universe. These beliefs were pushed by Claudius Ptolemaeus (better known as Ptolemy), and Nicolaus Copernicus, respectively. The former supports the Aristotelian view of heaven and Earth and purports that the Earth is in the centre of the universe, and the Sun, moon, and other planets revolve around it in a uniform circular motion. It was widely accepted especially by the Christian theology, and so questioning it almost sounded like a heresy. However, the latter argued that the Sun is the centre of the Universe, and the Earth just revolves around it and also rotates in its own axis.

We will not cover here more details about the two beliefs, but it became the first revolution that caused a great change in how the Universe was viewed.

The Transition From Ancient to Modern Astronomy

The rise of the Heliocentric Universe began the transition from the ancient astronomy to modern astronomy, as more problems about how the Universe was viewed were solved by scientists. One particular concept that was still unsolved by the earliest models of the Universe was the concept of planetary motion. This is because the Heliocentric Universe still believed that the planets, including the Earth, revolve around the Universe in a uniform circular motion. The small variations in the Sun, Moon, and other planets’ motions cannot be explained with this idea.

Ancient scientists like Johannes Kepler, who first discovered that the orbit of the planets is an ellipse and not a circle and devised his Three Laws of Planetary Motion which astronomers still believe up to this day, and Galileo Galilei, who observed the first four moons of the Jupiter (also known today as Galilean moons of Jupiter) with his telescope (which was also discovered independently by Simon Marius at the same time) which also served as a strong evidence for the Copernican model.

Their findings and how they were able to achieve them paved way for the so-called scientific method. Relying on observations and careful computations in bringing a conclusion is how astronomy thrives, and this greatly influenced how we viewed astronomy and even science. This gives us the notion that the birth of modern astronomy is also the birth of modern science.