Is CMB Visible from Earth?

One advantage of space-based telescopes over ground-based telescopes in observing the space is the former is not affected by atmosphere. The atmosphere is composed of water vapor and dioxygen molecules (molecules that contain two atoms of oxygen), which produce emission at millimeter and sub-millimeter wavelengths. This emission adds uncertainty and poor data efficiency in ground-based CMB observations.

Light pollution from satellites and other artificial objects may also affect ground-based observations. This is known as artificial illumination. This can also add noise in CMB observations from Earth as artificial light introduces unnecessary observations from unwanted sources. These disadvantages can be alleviated by building telescopes on isolated places at high altitudes to avoid severe light pollution and place the telescopes above the majority of moisture in the Earth’s atmosphere. Another place where telescopes can be built is under dry and clear skies to avoid major atmospheric disturbances.

However, ground-based telescopes also have their own advantages. First is that they are more cost-efficient. They can be built, maintained, and upgraded with far less money at a larger size. In addition, space-based telescopes are prone to collisions with debris that float in space, adding risk to them. In relation to this, ground-based telescopes may also acquire larger primary reflectors which gives them better angular resolution (a better angular resolution means that the image produced by the telescope is much sharper). 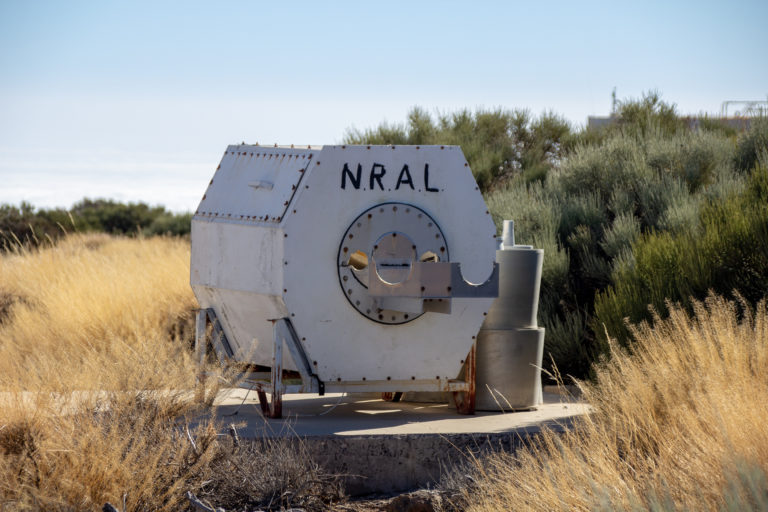 There are many ground-based observatories already dedicated for observing CMB. A few examples are the Tenerife Experiment in Spain (picture above), which tried to observe the anisotropy (having different brightness when observed at different locations) of CMB radiation up to the year 2000, and the Background Imaging of Cosmic Extragalactic Polarization (BICEP) (picture below), which is a CMB experiment located at Antarctica with a goal to measure the polarization of CMB. More details about CMB polarization will be discussed next week, as its detection is indicative of an important event after the Big Bang that helped shaped the current Universe: the inflation. 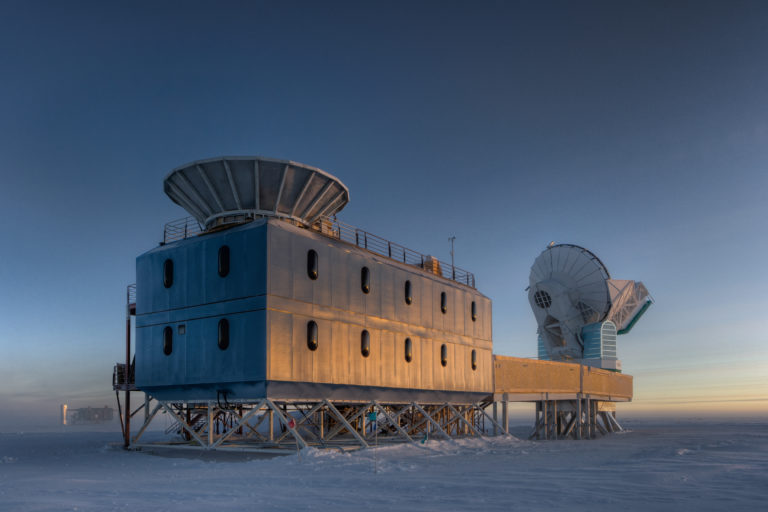