What is the Inflationary Universe Theory? 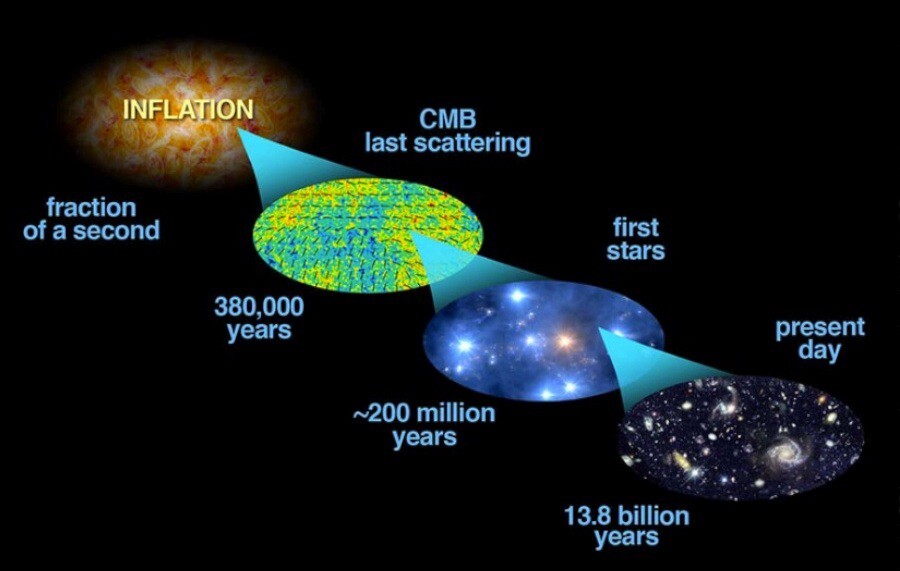 Inflation and the Four Fundamental Forces

Gravity, as we already know from Einstein’s General Relativity, is the force resulting from masses distorting the fabric of space time. Electromagnetic force, on the other hand, is the force that occurs between charged particles. Strong (nuclear) force is the “binding” force that holds fundamental particles and sub-atomic particles together, and is therefore an important force to stabilize matter. Lastly, the weak (nuclear) force is involved in processes involving separation of small particles such as radioactive decay.

You may be aware, in electromagnetic theory that James Clerk Maxwell united the concept of electric force and magnetic force, and so they are collectively named as electromagnetic force. Many physicists have thought and studied the possibility of defining all of the fundamental forces into a single mathematical law. In the 1960s, a so-called electroweak force, which was discovered independently by 1979 Nobel Prize in Physics winners Sheldon Glashow, Abdus Salam, and Steven Weinberg, was introduced, unifying both electromagnetic force and weak (nuclear) force into one type of force. Although the scales at which they are felt are different, they are found to act as different aspects of a single unified force at high-energy processes. But at low-energy processes, these two forces behave differently.

The search for the theory that will unify the other forces have caused the formation of grand unified theories (GUTs). The inflationary Universe theory suggests that when the Universe was in its pinnacle of youth, the four fundamental forces were indistinguishable in behavior. As the Universe started to expand and cool, these forces started to behave differently, causing a sudden release of large amount of energy and triggering the rapid inflation. It should be noted that during the inflation, nothing moved; it’s just the space (around and in between the particles) that grew larger.