One of the current problems that scientists aim to solve is the detection of primordial gravitational waves, which is a crucial ingredient in producing the CMB B-mode polarization. There are two ways to detect GWs: indirect and direct.
© Ricciardone, A. (2017, May). Primordial Gravitational Waves with LISA. In Journal of Physics: Conference Series (Vol. 840, No. 1, p. 012030). IOP Publishing.

One of the current problems that scientists aim to solve is the detection of primordial gravitational waves, which is a crucial ingredient in producing the CMB B-mode polarization.

Einstein’s General Relativity theory has also predicted the existence of GWs before. GWs are described to be transverse waves that travel at the speed of light and GWs of cosmological origin would shed light to the physics behind the origin of the Universe. GW detection experiments like LIGO and LISA are expected to help us achieve this.

There are two ways to detect GWs: indirect and direct.

The indirect way measures the influence of GWs in the CMB photons, causing them to be polarized. Measuring this polarization and accounting for the possible contributions from other sources such as galactic dust can suggest that this polarization was caused by primordial GWs. This is what the BICEP2 experiment found out.

The direct way, on the other hand, utilizes laser interferometry. Interference is the process of merging two electromagnetic waveforms, producing either constructive or destructive interference. A laser interferometer splits a light beam (in this case, a laser) into two arms, and the two arms are combined again to form interference. If a gravitational wave is present, one of the arms of the interferometer will get longer while the other gets shorter, and vice versa as long as the wave passes through, producing a “differential arm” motion.

Laser interferometers are designed to have very large arms to measure this differential arm motion more accurately since GWs are expected to change the arm length in very miniscule scales, as small as 1/10,000th of a proton (around 10-19 meters). 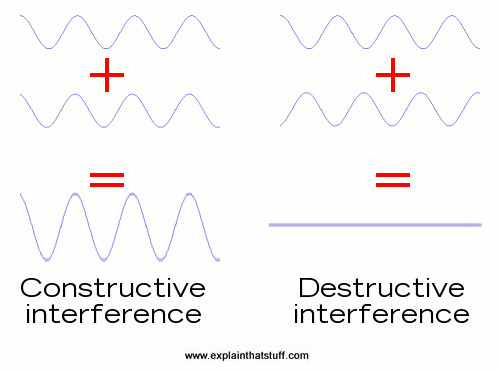 Laser Interferometer Gravitational-Wave Observatory, or LIGO for short, is one of the laser interferometers dedicated in detecting GWs. Its two detectors successfully picked up GW signals from merging black holes on 14 September 2015. The signal was called GW150914, with “GW” standing for “gravitational wave” and the numbers indicating the date of discovery. The two merging black holes produced the GW during the final fraction of a second of their merging process. They combined into a single, more massive, spinning black hole afterwards, and converting a small portion of their mass into energy (via Einstein’s E = mc2 formula), and finally emitting it as a burst of GW. 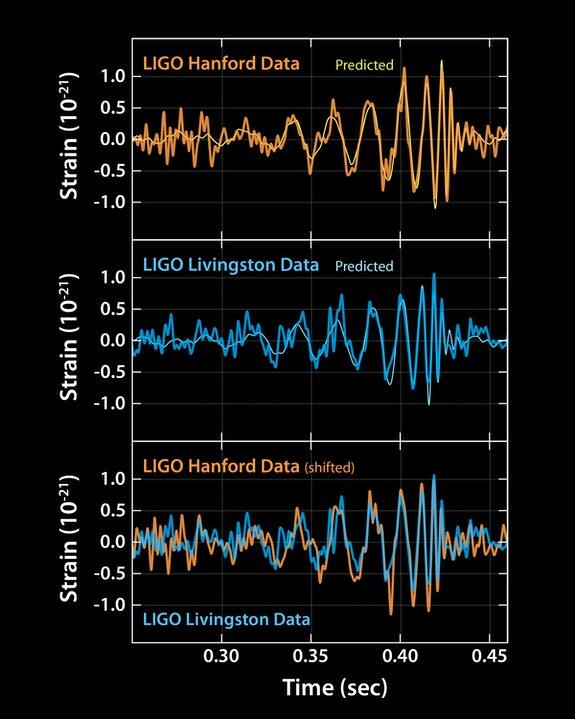 Future of GW Astronomy with LISA

In 2030, Laser Interferometer Space Antenna, or LISA for short, is expected to revolutionize GW astronomy. It is still proposed, but if it gets accepted, it will be the first space-based gravitational wave detector by having three spacecrafts position like an equilateral triangle with a distance around a million kilometers, orbiting the Sun in an Earth-like orbit within a 2-5 year mission. This produces a laser interferometer with arms of a million kilometers in length, which makes LISA more effective in measuring the differential arm motion compared to ground-based GW detectors. LISA is expected to be able to detect primordial GWs as well and probe further the present expansion of the Universe. 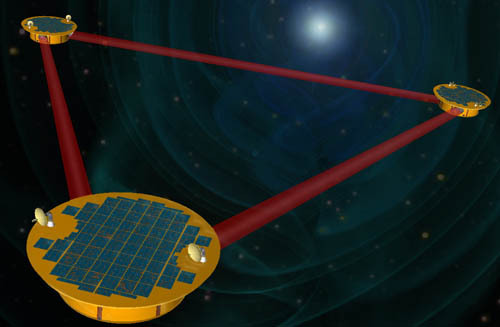 Many other Gravitational Wave detectors are expected to be established in the future, like KAGRA, LIGO-India, and Einstein Telescope, all of which are devoted to study astrophysical sources of FWs.