The British are coming

In this article we learn what happened when Captain Cook and Tupaia arrived on the shores of Aotearoa and encountered the indigenous Māori. 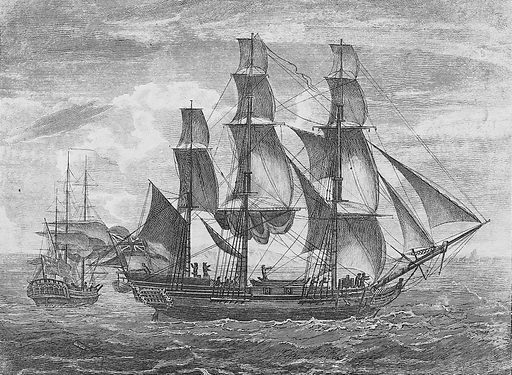 Abel Tasman was the first European to come to New Zealand shores in 1642, though he never disembarked onto New Zealand soil. Next, some 120 years later, were the British, aboard the ship Endeavour of Captain James Cook in 1769. Europeans were actively expanding their empires, and the Pacific – and the ‘great southern continent’ hypothesised to be hiding here – was capturing imaginations. 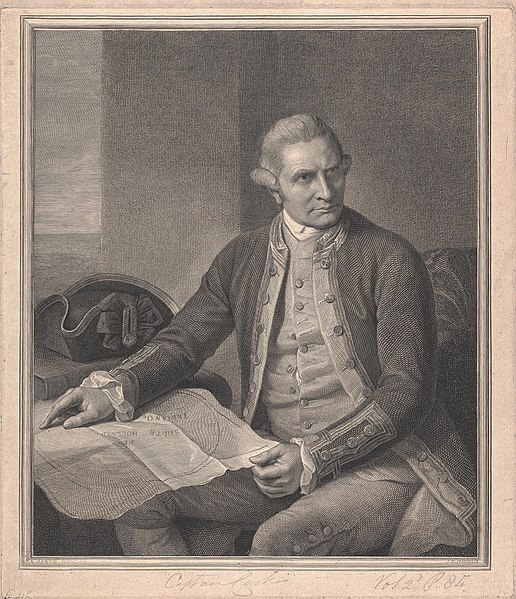 This was the context in which European explorers came to a region where Māori had lived undisturbed by the wider world for 500 years. The stated intention of Captain James Cook’s journey through the Pacific was to research the transit of Venus. He was to journey to the freshly discovered (by Europeans) island of Tahiti, build an observatory, and observe the celestial event of Venus passing in front of the Sun. In doing so from Tahiti and calculating against data of the event as observed from England, they would be able to determine the size of the Solar System. Cook’s secondary mission however, was to seek out trade routes and potential colonies in this vast unexplored region. A chance encounter in Tahiti served to assist immensely in both of Cook’s goals.

Tupaia was a high priest hailing from Ra’iātea, an island in the Society Islands, near Tahiti. He was of a noble lineage, and considerable education. He trained at the sacred Taputapuatea marae, learning deeply of his people’s history and culture, but specialising in star navigation. For the people of a sea-faring island nation, this skill bestowed upon him great mana (prestige). He was remembered as a knowledgeable and capable guide by some of Cook’s crew from their previous Tahitian discovery voyage, and was convinced to join the crew of the Endeavour. As well as being a boon to the onboard astronomers, Tupaia also worked with Cook in creating a map of 72 previously uncharted Pacific Islands – though the existence of Aotearoa would come as a surprise to them both. 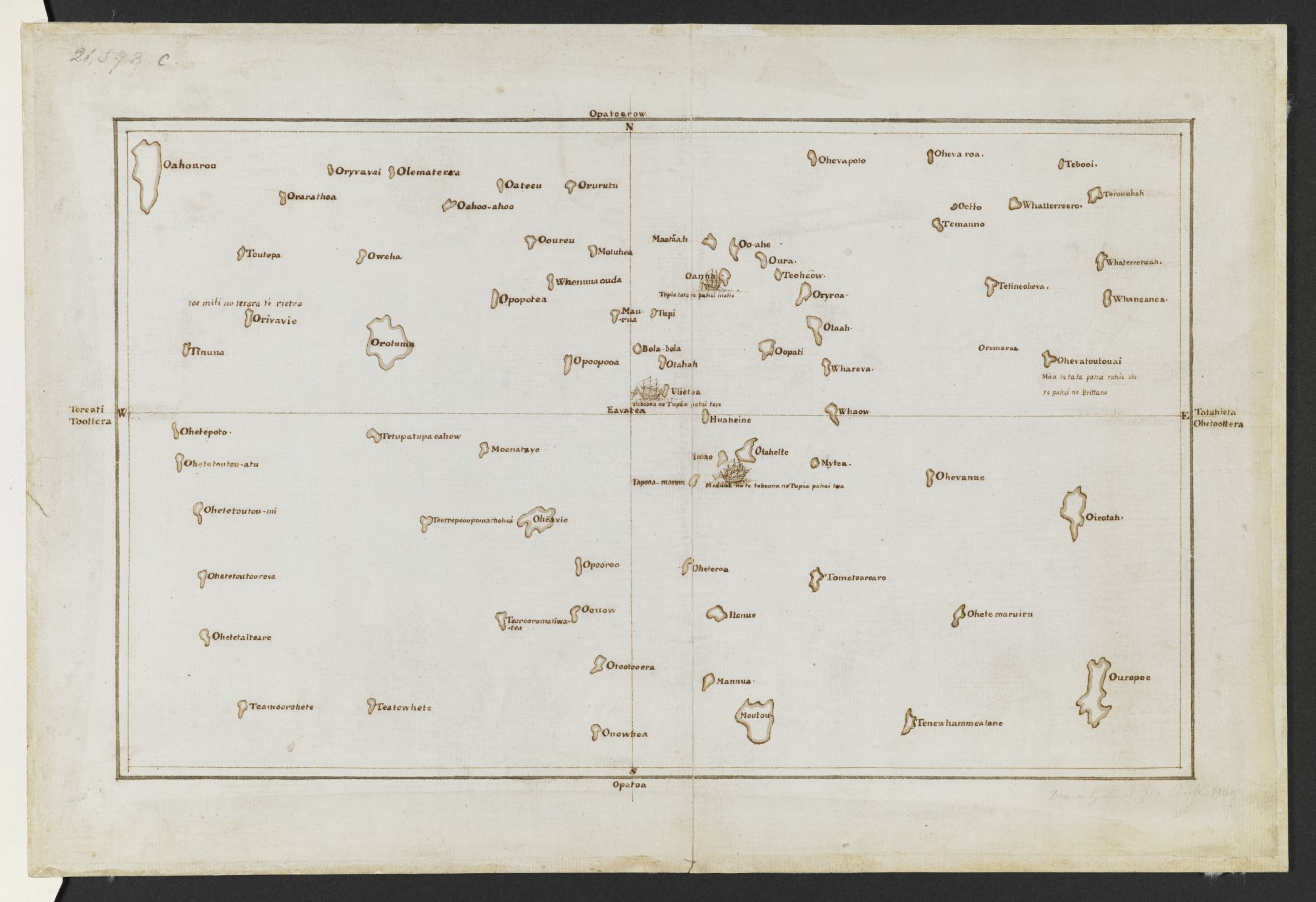 A Chart of the Society Islands, with the Native Names, by Tupaia and copied by Lieut. James Cook, in His First Voyage, 1769. Pen and ink drawing. Public Domain
Click to expand

Cook’s ship arrived in Aotearoa in 1769. His very first interaction with Māori people was fraught, ending with the killing of a Māori chief, Te Maro of Ngāti Oneone, followed shortly by the killing of another chief, Te Rakau of Rongowhakaata, among others. Cook and his men viewed this and other killings as self-defense but much was due to their lack of understanding of Māori cultural norms and rituals, and from the indigenous perspective, Cook was the aggressor, and an invader. 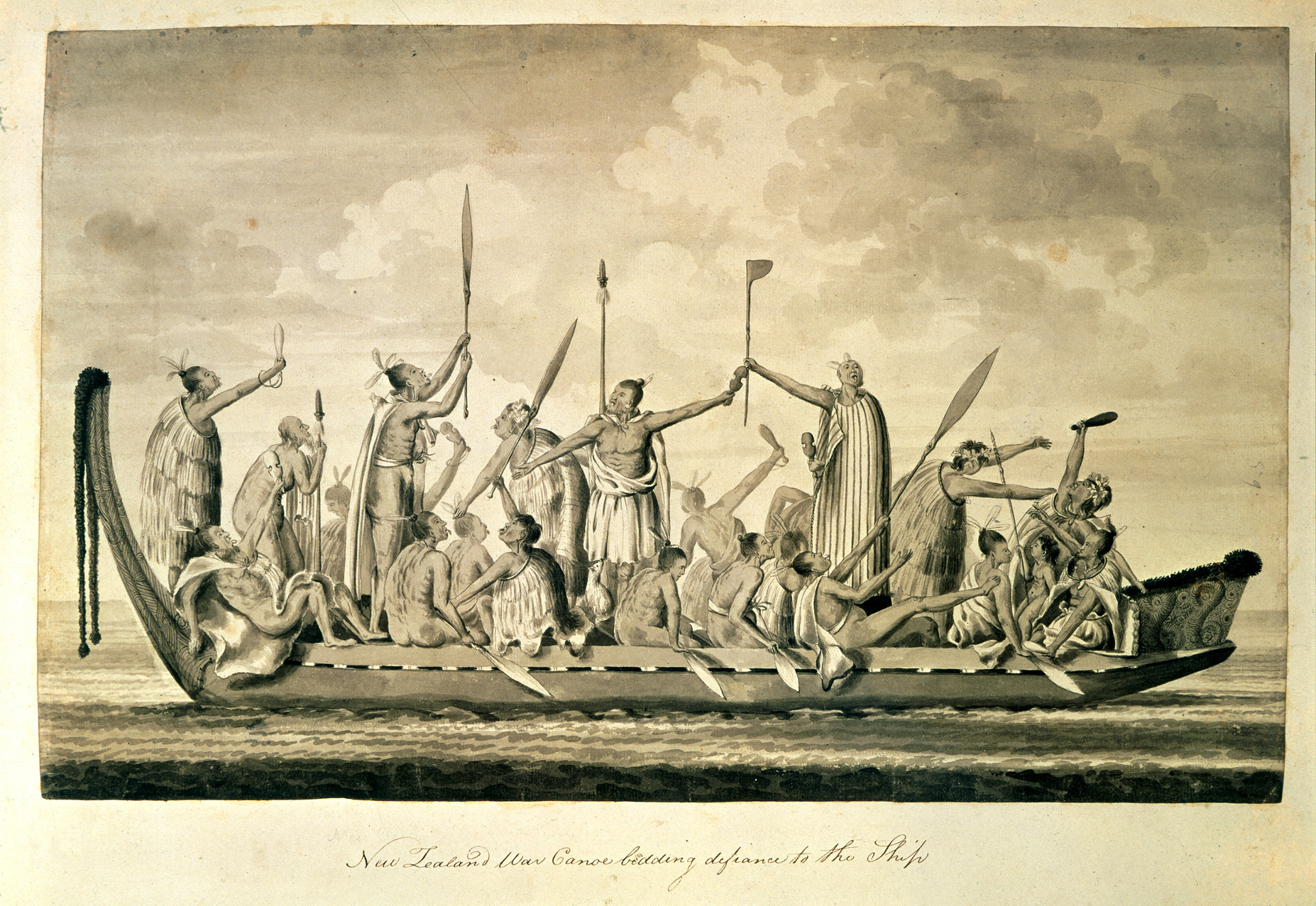 The inclusion of Tupaia in Cook’s subsequent interactions with the native people was instrumental in averting this disastrous beginning. Tupaia found enough similarity in language with his native Tahitian that he could communicate and translate, acting as a diplomat between the parties. He hailed from Ra’iātea, an island within the region Māori are originally thought to have migrated from, so Tupaia had his own whakapapa (genealogical connections) to Māori, and understood crucial Māori tikanga (cultural protocols). This undoubtedly eased Cook’s way in Aotearoa, and Tupaia’s growing reputation among Māori was key to the negotiations, trade, and settlement that followed, though it was not without sporadic violence. Some say that Cook’s ship, the Endeavour, was remembered by Māori as ‘Tupaia’s ship’.

From the 1780-90s onwards, British immigration escalated, with whalers, traders and settlers migrating to Aotearoa. Trade was established between the settlers and iwi Māori (tribes). One key item of trade prized by Māori were the long-barreled musket rifles brought by the English. The accumulation of these muskets exacerbated existing conflicts between neighbouring iwi over territory, resources, and trade rights, leading to the Musket Wars.

These inter-tribal battles were fought all over Aotearoa through the first half of the 19th century and collectively represent the most significant period of bloodshed on New Zealand soil. These wars changed the nature of conflict for Māori, which had traditionally been more ritualised. With the introduction of muskets, designs of pā (defensible forts or settlements) were altered and trenches and bunkers added. Meanwhile, the settler influx was growing, and as it did, so too did its lawlessness. 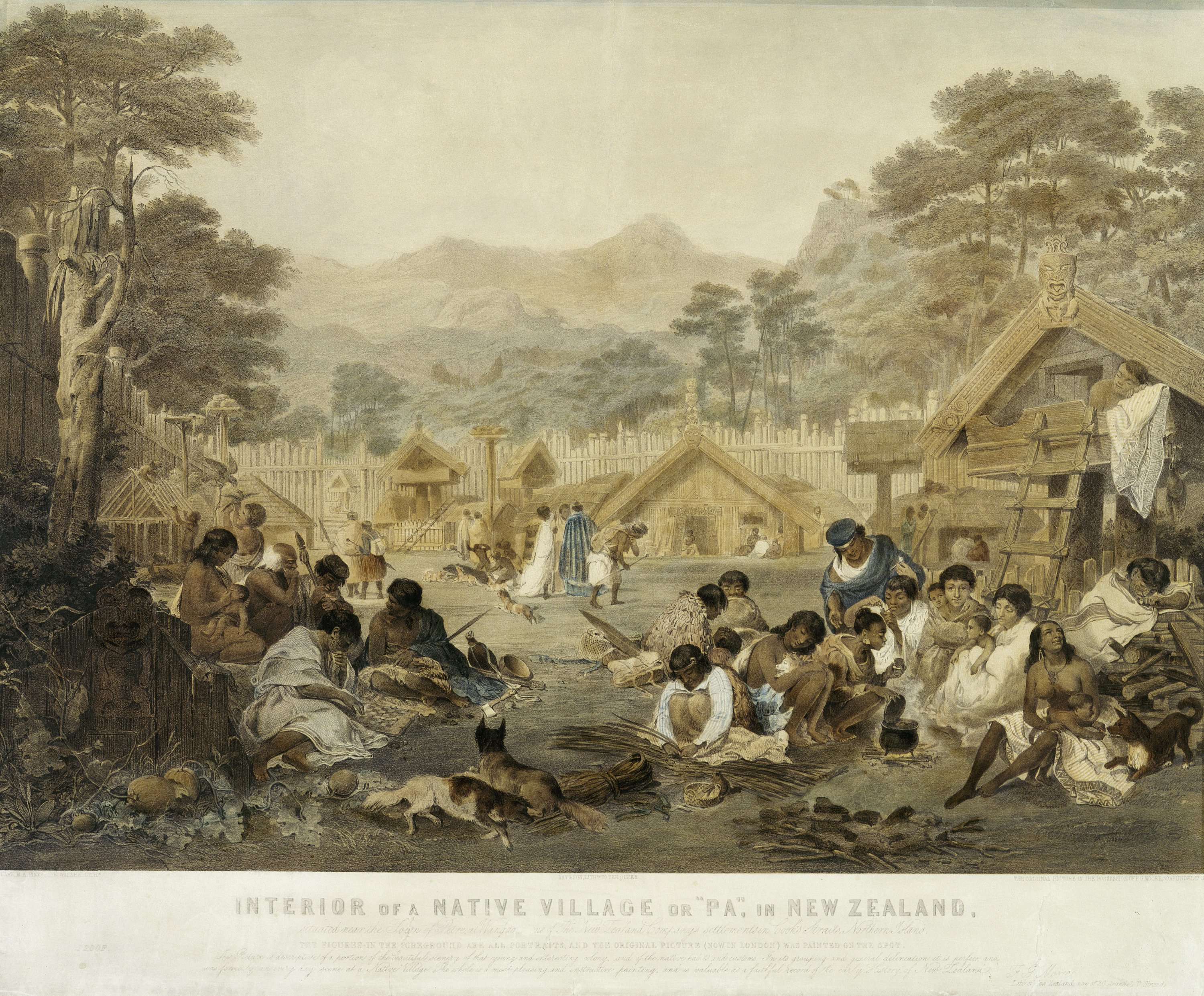 Putiki Pā, Whanganui. These pā became more defensible as the use of muskets increased in tribal warfare. Interior of a native village or pa in New Zealand., circa 1852, by John Gilfillan. Gift of Horace Fildes, 1937. Te Papa (1992-0035-1744) Te Papa. All rights Reserved

He Whakaputanga | The Declaration of Independence

In 1831, thirteen rangatira Māori (Māori chiefs) from the Ngāpuhi iwi in the Northland region wrote to the British crown asking for protection. This did not represent all iwi, but reflected a sentiment that some Māori wanted protection in their own right from unruly settlers, and from the threat of French colonialism which was looming at the time. In response James Busby was appointed as the British Resident, a consular representative to New Zealand, and supported those rangatira four years later with writing and signing He Whakaputanga o te Rangatiratanga o Nu Tireni (The Declaration of Independence of the United Tribes of New Zealand). It stated that Aotearoa was an independent nation ruled by Māori. It requested that in return for Māori friendship and protection of British traders and settlers, the Crown protect Aotearoa from other countries. It was signed by 52 rangatira, predominantly from Northern tribes, between 1835 and 1839.

In communicating with his superiors however, Busby viewed the declaration not as an affirmation of Māori sovereignty, but instead declared it to ‘‘be the most effectual mode of making the Country a dependency of the British Empire in everything but the name”. The significance of this document was, and still is, a topic of debate. 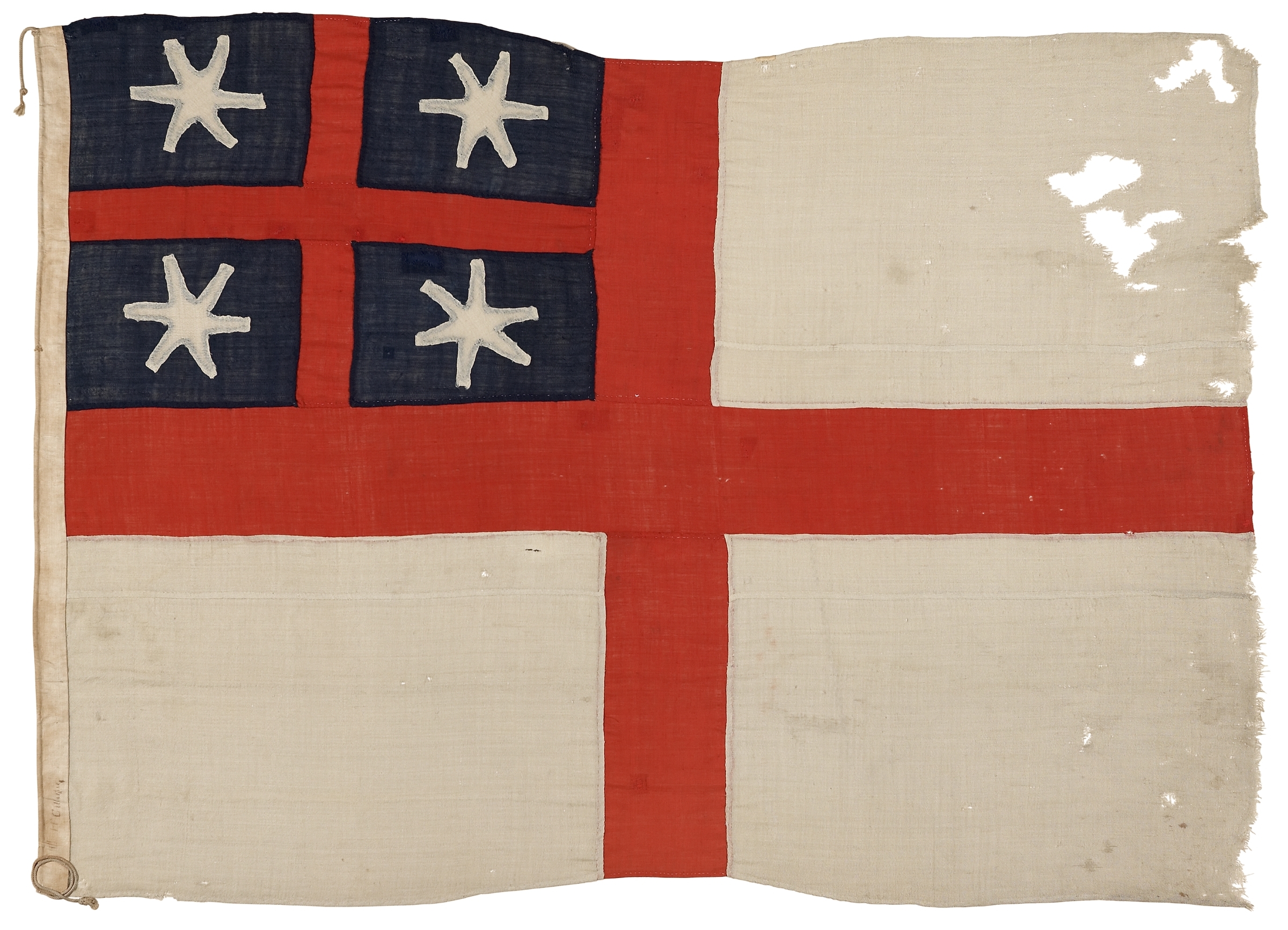 In the next step we will look at Te Tiriti o Waitangi (The Treaty of Waitangi). This treaty between Māori and the Crown is often considered the founding document of Aotearoa New Zealand, but it proved problematic almost from the moment it was signed. First though, it’s important we get some context on the population and power dynamic in play when it was signed in 1840.

It is important to remember the changing power dynamics between the two groups. In the relatively early days of British migration in 1841, Māori outnumbered settlers by as much as 40:1, so had a say over where Pākehā could settle and full control over the use of their ancestral lands. It was during this period that New Zealand’s founding document was signed, Te Tiriti o Waitangi. In signing this document, Māori held significant power within the burgeoning relationship, and many had every expectation that it would enshrine that. The decades that followed proved otherwise, as the shrinking Māori population was stripped of power, land, language, and mana in repeated breaches of that treaty.