Nutrition: What Should Pregnant Women eat?

In this article, we will discuss the the ideal diet of a pregnant woman and the impact it has on lactation. 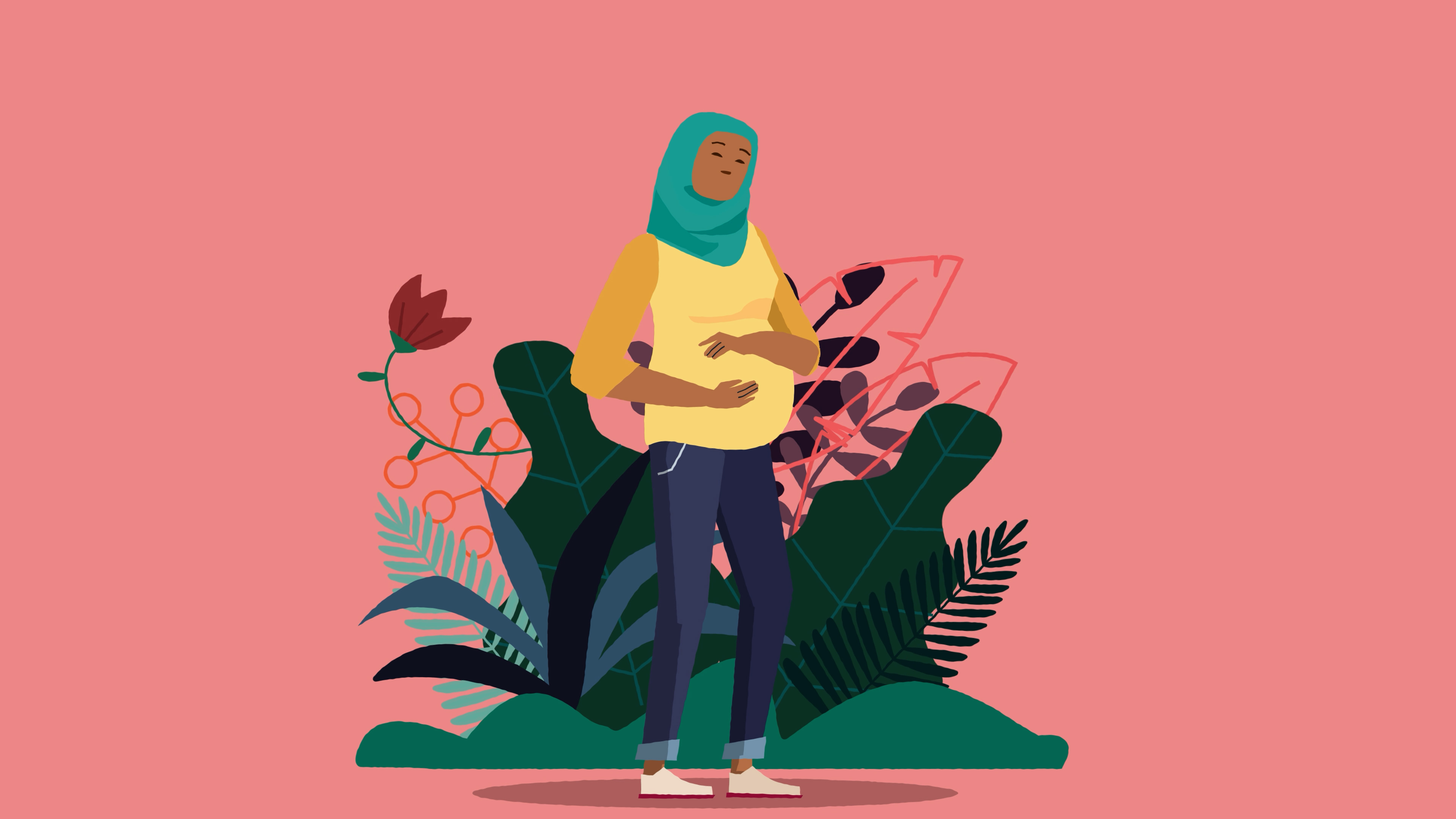 The foundation of a child’s health is laid during pregnancy. As a child is completely dependent on the nutrition and nutritional reserves of the mother, a healthy and safe diet is important for a healthy start of the child, as well as for the mother. Overall, pregnant women are advised to eat according to the dietary guidelines for the general population. In addition, there are some specific dietary recommendations and food safety advice for pregnant women. These will be discussed in this article.

Women with a wish to become pregnant are already advised to adjust their lifestyle. To reduce the risk of congenital abnormalities of the spine and palate, folic acid supplementation (400 microgram) is advised until the 12th week of pregnancy. Furthermore, women trying to conceive are recommended to stop drinking alcohol, as this increases the risk of a miscarriage, premature birth, and congenital abnormalities. As alcohol lowers fertility too, men are also recommended to consume less than 3 alcoholic units per day. Couples who are trying for a baby are advised to stop smoking, as smoking (including passive smoking) reduces fertility and can harm the foetus. Also, obesity (BMI over 30 kg/m2) of the father or mother may reduce the chances of conceiving.

A healthy weight during gestation

A healthy weight is also important during pregnancy. Many women think they should eat for two when pregnant, but that’s a myth. Even though the body requires more energy for the growth of the baby, the energy requirements remain more or less equal, as pregnant women generally move less. On average, a woman gains 10 to 12 kilograms of body weight during pregnancy. Excessive weight gain should be avoided as this might lead to a higher risk of complications, such as gestational diabetes, miscarriage, and thromboembolism (blood clots). Despite these risks, it is also not recommended to lose weight during pregnancy. An insufficient energy and nutrient intake may negatively affect the development of the foetus. Women with overweight who want to lose weight because of the risks should do this before pregnancy. Being physically active during pregnancy can help control weight gain.

A healthy diet for pregnant women means eating according to the general dietary guidelines, but some nutrients need particular attention during pregnancy. In addition to the folic acid supplementation, it is also recommended that pregnant women take a daily vitamin D supplement (10 microgram) throughout pregnancy. Vitamin D is important for the development of bone mass of the foetus. The main source of vitamin D is skin synthesis through sun exposure. Therefore, this advice is especially important for women who have a darker skin, women who wear covering clothing or who rarely go outside. However, the advice applies to all pregnant women.

A low iron status occurs in 10% of the women at the beginning of the pregnancy and in 50% at the end of the pregnancy. Iron is needed to support foetal growth and development, growth of the placenta, and to cover iron loss during delivery. As iron is saved during pregnancy because of the absence of menstruation, there are no formal recommendations for increased intake of iron. However, women are advised to eat plenty of foods that are high in iron, such as (red) meat, pulses, whole meal bread, green leafy vegetables, nuts, and dried fruit. Eating vegetables or fruit with every meal promotes iron absorption, because of the vitamin C content in it.

Large amounts of vitamin A increases the risk of a child with birth defects. Therefore, pregnant women are advised not to take vitamin A supplements, cod liver oil supplements or multivitamin supplements containing vitamin A. Liver and liver products can also be high in vitamin A and should be avoided during pregnancy.

The recommendation for the general population of once per week consumption of oily fish also applies to pregnant women. Oily fish is a good source of omega-3 fatty acids, which are important for the development of the child’s central nervous system, brain, and retina. However, intake of oily fish should be limited to two portions per week due to the risk of exposure to pollutants, such as dioxins and polychlorinated biphenyls (PCBs).

Lastly, high intake of caffeine has been linked to miscarriage and low birth weight of the child. Therefore, caffeine intake during pregnancy should be limited to 200 mg per day. Caffeine is found in coffee, tea, chocolate, some energy drinks, and some soft drinks. To illustrate: a small cup of coffee (125 ml) contains about 85 milligrams of caffeine, a cup of tea (125 ml) 30 milligrams and a glass of cola (180 ml) 18 milligrams of caffeine.

Pregnant women are more susceptible to foodborne illnesses due to changes in the immune system. To reduce the risks, pregnant women should avoid certain foods and follow food safety guidelines.

A foodborne illness can be avoided by applying some important hygiene rules:

In addition, certain foods should be avoided that contain high levels of common pathogens in food that can harm the foetus, such as Listeria monocytogenes, Toxoplasma gondii and Campylobacter. These pathogens are mainly found in e.g. raw and undercooked meat and poultry, unpasteurized milk (products), cold cuts, and soft mould cheeses.

Exclusive breastfeeding is recommended for the first six months and subsequently, if the mother and child want and feel comfortable with it. Energy requirements increase during lactation and some of it is obtained from fat stored during pregnancy. This will help the mother to regain to a normal body weight faster. In addition, an extra energy intake of 500 kcal/day is necessary for mothers who exclusively breastfeed for 3-4 months. If a poor diet is consumed while breastfeeding, the mother’s own nutrient stores will be depleted, such as iron, calcium and vitamin D. Mothers should try to avoid drinking alcohol, or drinks that contain caffeine just before breastfeeding, as small amounts of caffeine and alcohol can pass into breast milk.

Nutrition education and counselling is part of prenatal care, to improve the nutritional status of women during pregnancy. It helps women to make some lifestyle changes if necessary and adopt a healthy balanced diet with sufficient intake of all required nutrients.