In this article, Esther Schelling presents the key characteristics and history of transdisciplinarity and analogous approaches.
© University of Basel

In the video of the previous step we saw that transdisciplinarity research is often done in iterative processes and corkscrew-like research and action strategies. Without a doubt this accounts for the uncertainty of knowledge one deals with, particularly at the beginning of a programme about a real-world problem.

You can see the increasing number of publications on transdisciplinary research over the past half century in the graph below. 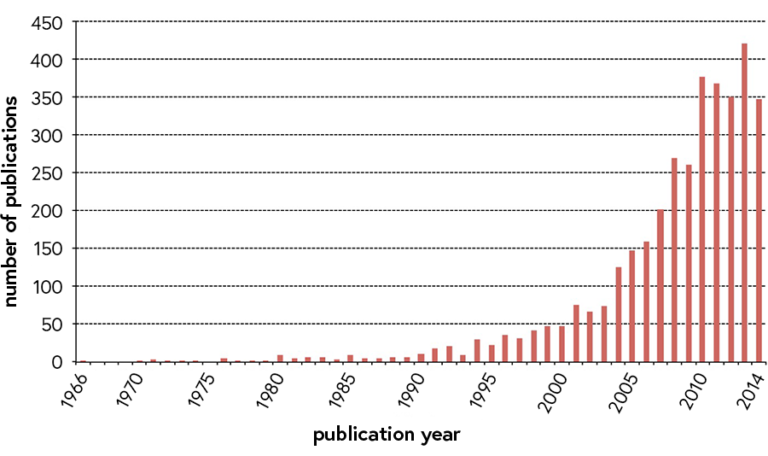 Pohl and Hirsch Hadorn (2007) have summarised key characteristics and principles of transdisciplinarity as:

Transdisciplinary research is shaped by various lines of thinking and has a variety of definitions. Analogous approaches to transdisciplinarity are post-normal sciences; Science of Team Science in North America, Integration and Implementation Sciences in Australia and Public Engagement in Europe and elsewhere. They all recognise the need to integrate disciplines, engage civil society and acknowledge that a policy question is related to complexity and uncertainty.

In Europe, major events leading to transdisciplinarity as described by the Swiss Academies of Arts and Sciences were: