In October 2012, we worked in Arrondissement 1 in N’Djamena, Chad, vaccinating 835 dogs, 109 cats and five monkeys against rabies. Each vaccinated animal was marked with a blue plastic collar. We wanted to know the achieved vaccination coverage. 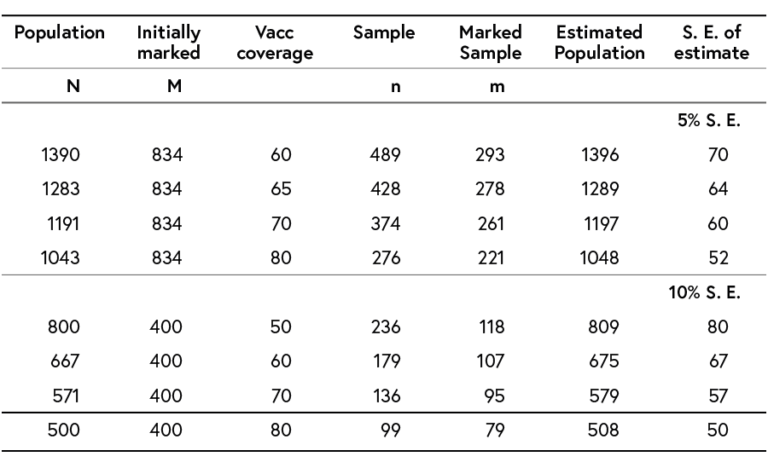 We should find (m = 261) marked dogs. Starting from randomly selected geographical points, we found 392 dogs, of which 255 were marked. This indicates that the total population of dogs in Arrondissement 1 was approximately 1’283 dogs, with a standard error of the estimate of 64 dogs. To achieve 70% coverage of 1’283 dogs, we need to vaccinate 898 dogs. As written above, we had already vaccinated 835 dogs. This indicates a deficit of 64 dogs that were not vaccinated. In the next round of vaccination, we vaccinated an additional 64 dogs and thereby achieved the desired 70% coverage. We carried out the same procedure in all city districts. The results are published online.

But this is not the end of the story. There is an unknown proportion of ownerless dogs in the vaccination area which are not accessible for vaccination. We need to find a way to estimate the number and add it to the denominator. To do so, we drove along transects (see image one) to count dogs in the street (see images two and three). 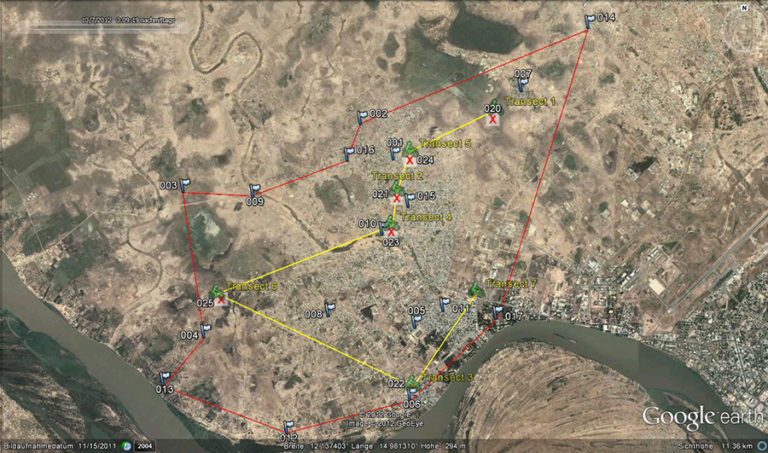 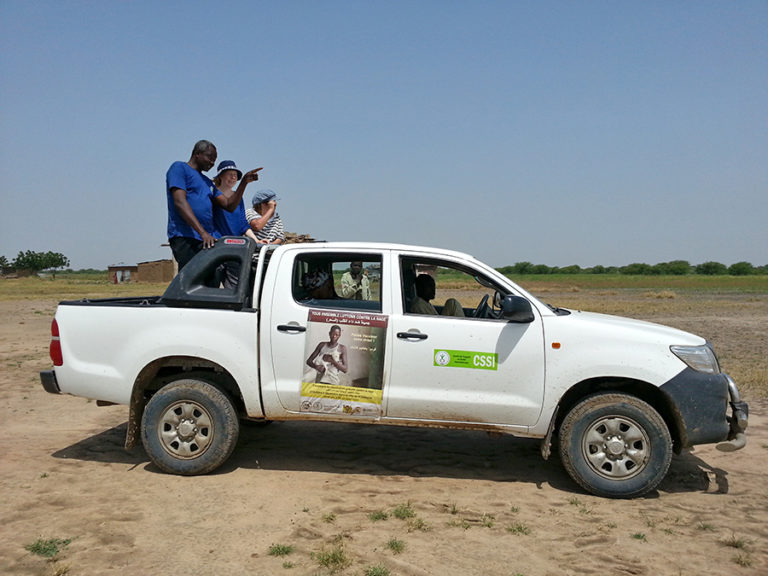 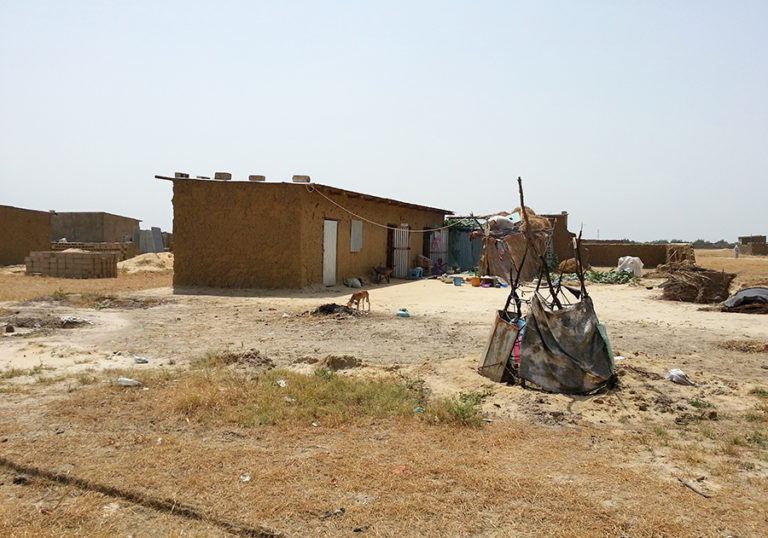 Image three: a free-roaming dog in N’Djaména – is he vaccinated?
©Jakob Zinsstag