An introduction to the 'two voices' of picturebook narratives. 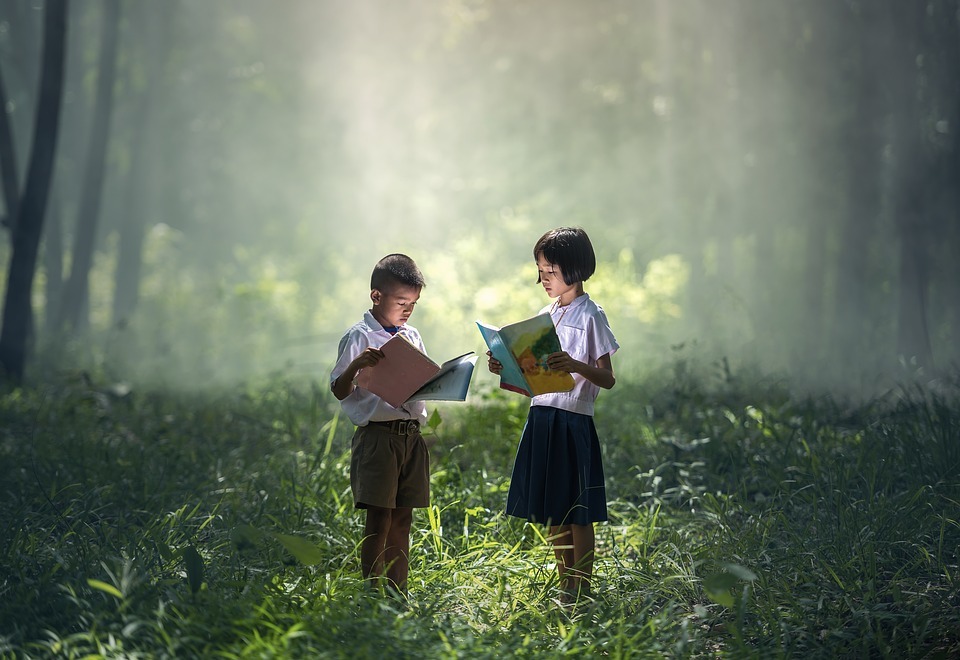 One of the most important aspects of picturebooks is the relation between words and pictures.

In many picturebooks, the illustrations aren’t just there to decorate, or look pretty. Instead, most picturebook narratives tend to work thanks to a balance of visual and verbal information.

Think of the verbal and the visual material as two narrators – two voices.

We could say that there are picturebooks where both voices speak in unison: the pictures mostly repeat information from the text.

Other picturebooks have more complementary voices: when the text is silent, the picture speaks, and vice-versa.

Finally, in some picturebooks, text and pictures might speak together, at the same time, but tell different stories. This might have a funny, or destabilising, or strange, or spooky effect.

Readers’ ability to understand the relationship between word and image depends on how proficient they are at closing the gap between verbal and visual information.

Picturebook scholars Maria Nikolajeva and Carole Scott have described different kinds of word-image relationships in picturebooks. The next steps are excerpts from a foundational article they wrote on the matter.