Read about Evelyn Arizpe's work with children with wordless comics 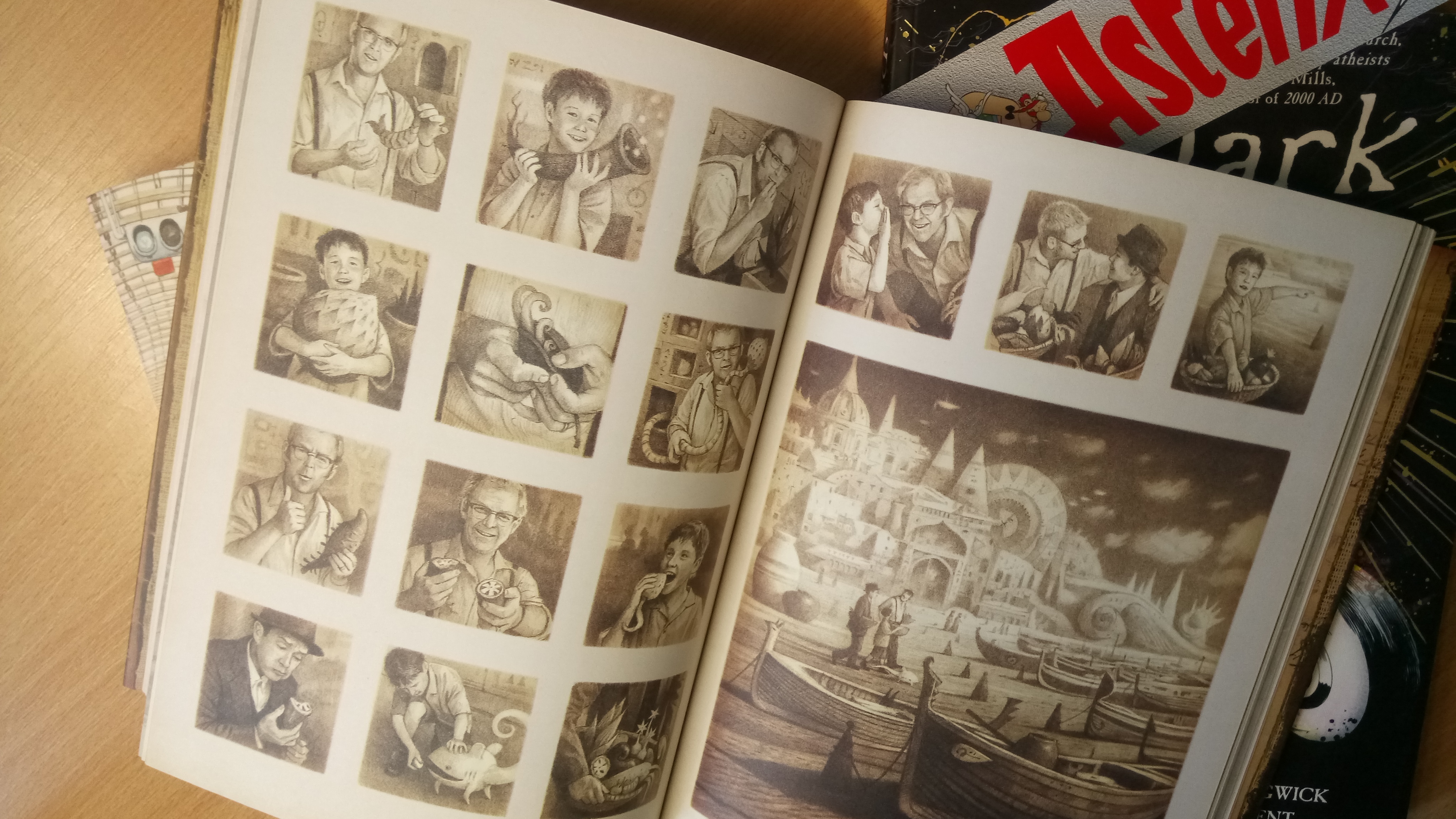 University of Glasgow scholar Evelyn Arizpe and her research team have been at the forefront of using wordless picturebooks and wordless comics to elicit creative responses from children and young adults.

Click here to read an account of their research project with immigrant children, using, among other texts, Shaun Tan’s wordless comic The Arrival.

Here is an extract:

“The research in Glasgow took place in two multiethnic schools with groups of 8-10 pupils. In the first school, half of the children were Scottish and half were recent arrivals to the UK. In the second school, all the children came from minority ethnic communities and with one exception, had recently arrived in Scotland. They spoke a wide range of home languages: Urdu, Polish, Congolese, Somali, Kurdish, Pashto, Rwandan, Ugandan, French, Italian, Russian and Arabic.

The children made use of their past lives and experiences of migration to interpret the texts, they also drew on their home literacy practices, citing examples from books read in their own language/s, movies, television and the Internet. The language support teacher noticed an increase in language use and new vocabulary, including terms to talk about images. There was also a greater awareness of cross-cultural issues. The children increased their vocabulary and gained confidence in talking and listening as they offered their opinions and analysed the narrative. They offered us valuable insights into their home literacy practices and towards the end of the project began to show an increased awareness of each other’s cultures. Although most of the children had little experience with picturebooks and did not speak English fluently, through the strategies they were able to engage with the books and arrive at sophisticated understandings of the narrative, the characters and their intentions; of the play between fantasy and reality and of the use of colour, design and layout to tell the story. They were also able to consider the intentions of the author and the implied audience.

However, what this project did was more than involve the children in developing and using their critical literacy skills, it also created a safe space for the children to begin to share their stories of immigration, not by asking them outright, but through weeks of nurturing a trusting relationship with each other as we read the wordless texts.”

In what other areas of education could we do with the help of wordless comics and picturebooks?

Tell us what you think in the comments.