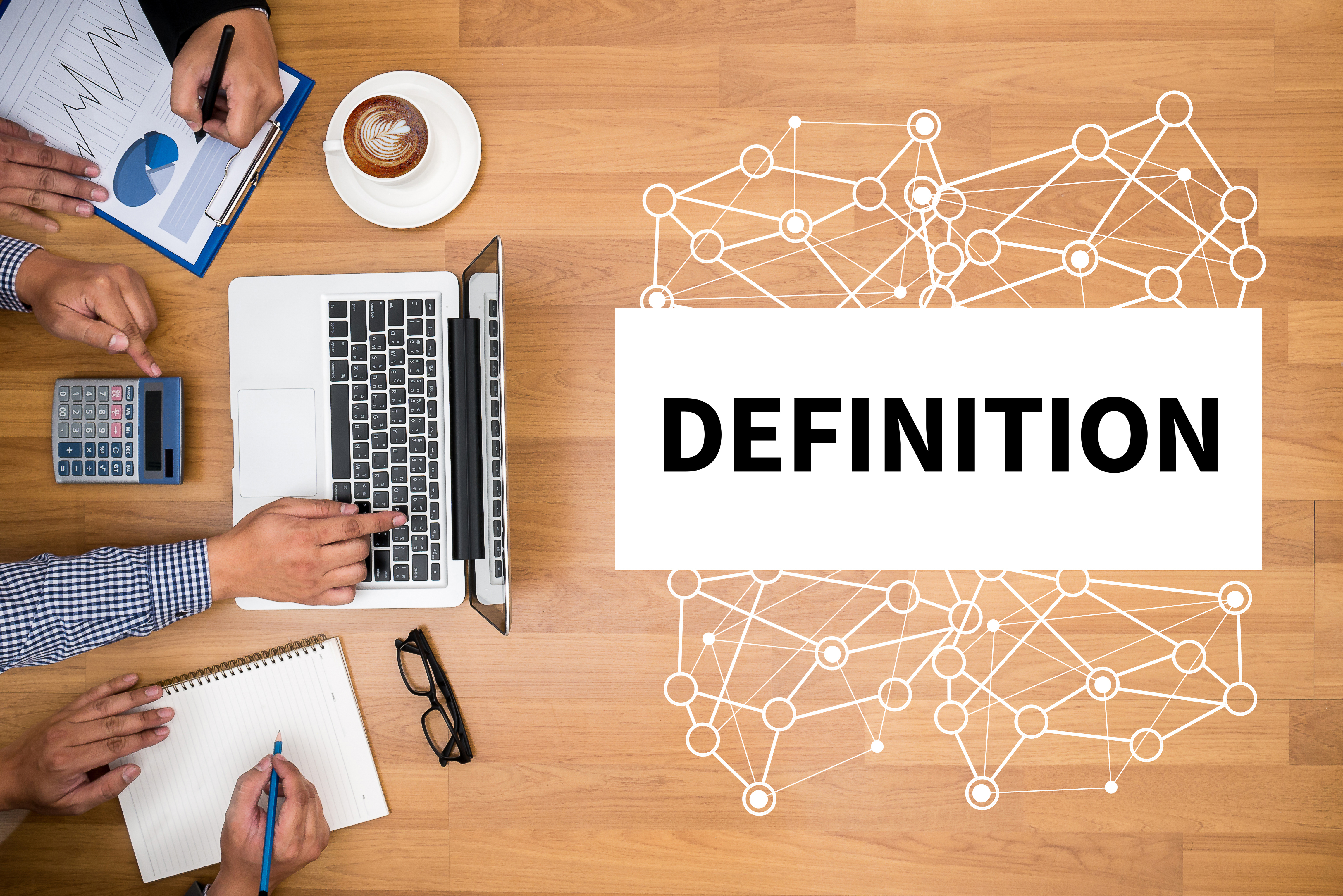 Just like any other subject, infectious diseases has its own language. To help you understand the language, that is, technical or difficult terms that might be unfamiliar to you, we have provided a glossary.

We have learners from around the world with varied backgrounds in the area of infection and disease. Some of the learners might be nursing and healthcare professionals who might be familiar with some or all of the jargon, but we might also have recreational learners who are here to learn something new. Consequently, the degree to which you are familiar with the words and concepts used here will vary.

Airborne transmission: transmission of a pathogen through the air via attachment to dust or tiny respiratory droplets. Can remain in the air for potentially long times and distances.

Anteroom: a room with the same relative air pressure as the isolation room it serves. This is where healthcare personnel and visitors perform hand hygiene and don/remove required PPE before entering the isolation room.

Antigen: any molecule (usually foreign to the host) that binds to the antigen recepter site of antibodies, stimulating the immune system.

Anthrax: disease caused by the bacterium Bacillus anthracis. Spread via very resistant spores resulting in concerns over its potential use in biological warfare.

Antibiotics: also known as antibacterials. Any chemical that inhibits or kills bacteria.

Antibody: a diverse class of proteins produced by B cells (part of the immune system). They bind to antigens on the surface of pathogens, essentially targeting them for destruction by the immune system.

Antifungals: any chemical that inhibits or destroys fungi.

Antigenic drift: small genetic mutations in viral genomes that happen continuously as the virus replicates. Usually results in viruses with similar antigens that the immune system can still recognise and respond to, providing cross protection.

Antigenic shift: the process in which two or more viruses combine genomes to form an entirely new strain.

Antihelminths: any chemical that inhibits or kills helminths.

Anti-microbial: any substance that kills or stops the growth of microorganisms.

Antiprions: any chemical that inhibits or destroys prions.

Antiprotozoans: any chemical that inhibits or kills protozoans.

Antivirals: Any chemical that inhibits or destroys viruses.

Avian flu: variety of influenza found in birds. Strains have emerged via antigenic shift that can infect humans.

Cell: the basic component of an organism. Contains organelles which perform specific functions required for the organism to live.

Chicken pox (varicella): disease caused by varicella zoster virus (VZV). Causes characteristic itchy rash. Once infection is over, the virus remains dormant within the host, and may reappear, resulting in the disease Shingles.

Cholera: a diarrheal disease caused by the bacterium Vibrio cholerae. Enters via the mouth, affects the digestive system, and is shed via faeces.

Cleaning: removal of obvious stains such as soil and organic matter.

Cohorting: grouping contagious patients together when single rooms are unavailable.

Colonisation: the habitation of a pathogen on/in a host without causing disease. Can be beneficial for the host or neutral.

Compliance: when someone does what another person has asked him or her to do

Conjugation: direct contact between two bacteria, usually via a tube-like bridge called a pilus, in order to transfer genetic material.

Contaminate: to expose a surface or organism to a pathogen.

Direct transmission: when the infection can be passed on to the next host via physical contact.

Disease: when the ability of a cell or tissue to perform a normal physiological process is compromised. This is often due to damage or loss of function of key molecules or cells and leads to the visible features that we term signs and symptoms.

Droplet transmission: transmission of a pathogen via respiratory mucous expelled via sneezing or coughing. Can only travel up to ~ 3 feet (91cm) from the infected person.

Emerging disease: infectious disease whose incidence has recently increased or may increase in the future. Typically are newly discovered or previously unknown pathogens. Example: HIV.

Endemic: infectious disease present at a constant level within a region.

Epidemic: the increased incidence or the emergence of a disease in a region.

Epidemiology: the study of disease patterns in populations.

Eukaryote: an organism whose cells contain a clearly defined membrane-encased nucleus and organelles. Can be unicellular (single celled) or multicellular (multiple cells).

Fomite: non-living object that can be contaminated and transfer pathogens. E.g. tissues

Fungi: eukaryotic organisms that can exist in and switch between two forms: a unicellular form (yeast) and a multicellular form (filamentous) which is often referred to as mould.

Genome: a complete set of DNA or RNA

Healthcare associated infection (HAI): infection acquired from a healthcare setting such as a hospital.

Hendra virus: zoonotic disease caused by Heniparviruses. Transfers from fruit bats to horses, and then to humans.

Horizontal gene transfer: transfer of genetic material from one organism to another (particularly bacteria) not via reproductive methods.

Host: an organism harboring another organism/s on or in itself.

Incidence: the frequency of a disease within a population.

Indirect transmission: transmission that does not require physical contact. This can be via droplet or airborne transmission, or via a fomite or vector.

Infectious agent: an agent that can cause infection. There are 6 classes: viruses, bacteria, fungi, protozoa, helminths, and prions.

Infectious period: the time period during which infected hosts are able to transmit their infection to another susceptible host. Does not necessarily coincide with disease signs and symptoms.

Infectious (contagious): infected hosts capable of transmitting a pathogen to another host.

Ingestion: a type of contact transmission. Involves the consumption of (usually) food or drink through the mouth.

Inhalation: a type of transmission involving the intake of air into the lungs (breathing). Can be either airborne or droplet transmission.

Inoculation: a type of contact transmission, this involves direct or indirect blood to blood contact. Often occurs through sharing needles, or through cuts and other skin openings.

Legionnaire’s Disease: disease caused by any type of Legionella bacteria.

Malaise: general feeling of discomfort or that something is wrong.

Malaria: a disease caused by parasitic protozoans of the genus Plasmodium. Spread by mosquitoes.

Microorganisms: tiny organisms that cannot be seen with the naked eye. Includes bacteria and protozoa.

Mould: the multicellular form of fungi.

Mycovirus: virus than can infect fungi.

Normal flora: microorganisms (mostly bacteria) that normally inhabit a host without causing disease. Can be beneficial to the host or neutral.

Opportunistic pathogens: pathogens that only cause disease when the opportunity arises, such as when the host becomes immunocompromised due to prior infection.

Organism: a life form. Can be single celled or multicellular.

Outbreak: a sudden increase in incidence of infectious disease in a region. Precursor to epidemic.

Pandemic: a widespread or worldwide epidemic.

Penicillins: class of antibiotic that disrupts the formation of the peptidoglycan cell walls.

Pestilence: a deadly disease of epidemic proportions. Term is interchangeable with plague.

Plague: a deadly disease of epidemic proportions; term is interchangeable with pestilence. However this term is often used to specifically describe the disease caused by the bacterium Yersinia pestis.

Pneumonia: inflammation of the lungs, usually caused by bacteria and viruses.

Poliomyelitis: long name for polio, a disease caused by Poliovirus.

Portal of entry: the place where the infectious agent enters the host.

Portal of exit: the place where the infectious agent leaves the reservoir.

Prokaryote: an organism whose cells’ organelles are free floating and are not clearly membrane-encased.

Reservoir: the place the organism is found and sustained. Can be an organism or a non-living thing such as soil and water.

Smallpox: disease caused by the Smallpox virus. Eradicated due to the production and distribution of vaccines.

Spore: a resilient microscopic particle which can survive in harsh conditions for long periods of time.

Standard Based precautions: set of IPC protocols used on all patients even if they show no sign of infection.

Sterilization: the destruction of all infectious agents via heat or chemical means.

Susceptible host: host who is likely to become infected when exposed to an infectious agent.

Swine flu: variety of influenza found in pigs. Strains have emerged via antigenic shift that can infect humans.

Transduction: the injection of new genetic material into a bacterium via a bacteriophage.

Transformation: the intake of loose genetic matter from dead bacteria and its subsequent incorporation into the genome of the live one.

Transmission: the process by which a pathogen transfers from one host to another.

Toxoplasmosis: disease caused by the protozoan Toxoplasma gondii. Usually harmless, but can cause birth defects if contracted during pregnancy.

Treatment: the provision of medicine or services to an infected person in order to eliminate the infection, reduce its effects, or to provide relief.

Tuberculosis: a respiratory disease caused by the bacterium Mycobacterium tuberculosis.

Vaccination: the injection of antigenic material (vaccine) to stimulate an individual’s immune system to develop immunity against a pathogen.

Vector: organism that spread infectious diseases without being diseased themselves. Examples: mosquitoes and ticks.

Vertical gene transfer: the transference of genes to offspring.

Viral hepatitis: liver inflammation due to viral infection. There are five types labelled A – E.

Virulence: the ability level of a pathogen to infect or damage a host.

Virus: Non-living infectious agent simply consisting of a RNA or DNA genome surrounded by a protein coat. May or may not be enveloped by a layer of lipid.

Zoonotic disease: an infectious disease transmitted from animals to humans. Transmission can be direct or via a vector.