The not so golden Golden Staph

Staphylococcus aureus, *S. aureus*, commonly known as Golden Staph, may not be so golden as its name suggests. Let’s find out why. 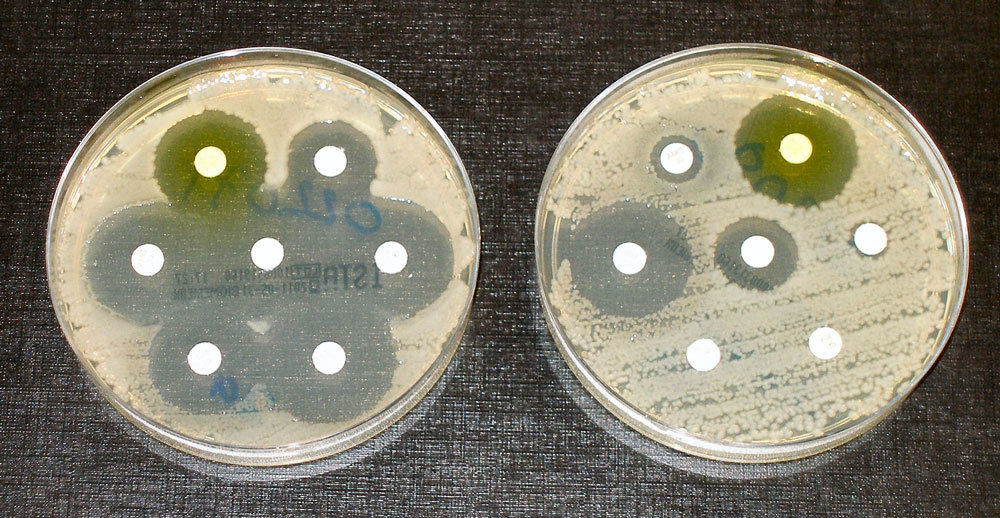 Staphylococcus aureus (S.aureus), commonly known as Golden Staph, may not be so golden as its name suggests. Let’s find out why.

S.aureus (also known as Golden Staph) is a bacterial organism commonly found as part of one’s normal flora, or naturally occurring in our body.

However, it is an opportunistic pathogen, causing mostly skin infections amongst numerous others, usually gaining entry through cuts in the skin or mucous membranes. Because of this, S.aureus infection can be acquired in hospital and other healthcare settings (known as healthcare associated infections or (HAIs). Infections can occur due to invasive medical interventions and the high ratio of people with compromised immune systems. Treatment is often with a penicillin based drug, one of many different classes of antibiotics.

The accidental discovery of penicillins in 1928 sparked a healthcare revolution. It was quickly followed by the discovery and subsequent widespread clinical use of other classes of antibiotics in order to treat bacterial infections. Complete eradication of bacterial diseases seemed inevitable. That is, until some species developed antibiotic resistance. Penicillins were first clinically used in 1942 with great success. However, bacterial resistance to penicillin was already observed before 1950. Since the 1970s, resistance to new antibiotics has been rapid. Figure 1 on page 5 of the Australian Commission on Safety and Quality in Healthcare Report shows that the lifespan of antibiotics is growing shorter and shorter (ACSQHC, 2013).

The emergence of multi drug resistant organisma (MROs) or ‘superbugs’ is of particular concern. Methicillin-resistant S.aureus (MRSA) is one such organism. By 1950, 40% of hospital S.aureus infections were penicillin-resistant; rising to 80% by 1960 (Chambers, 2001). Don’t be fooled by the name; MRSA is not only resistant to methicillin (a type of penicillin), but to other penicillins as well. Penicillins work by disrupting the formation of the cell wall, which results in the death of the bacterium. The surviving bacteria were those that had the ability to produce β-lactamase (penicillinase), an enzyme that breaks down penicillin and other β-lactam antibiotics. Scientists then discovered β-lactam antibiotics that were resistant to β-lactamase such as methicillin, but now resistance exists for these as well.

How do bacteria gain antibiotic resistance?

So how is it that bacteria can gain and spread antibiotic resistance at such astonishing rates? Bacteria have small genomes and reproduce rapidly so evolution via spontaneous genetic mutations is much more successful and quicker than in larger organisms such as humans. Bacteria also have the ability to transfer these new genes not only to their offspring (vertical gene transfer), but also directly to other bacteria (whether same or different species) through horizontal gene transfer. This can occur in one of three ways:

The overuse and misuse of antibacterials has contributed greatly to antibiotic resistance. Unnecessary and prolonged exposure of bacteria to antibiotics gives them the chance to develop resistance. Examples include:

We asked you back in step 1.5 what kind of infectious diseases you or anyone you know have experienced. Now we’d like to ask, were any of these infections drug resistant or otherwise difficult to treat? Share your experiences in the discussion area.

Australian Commission on Safety and Quality in Healthcare (ACSQHC). (2013). Antimicrobial resistance: A report of the Australian One Health Antimicrobial Resistance Colloquium. Retrieved from https://safetyandquality.gov.au/wp-content/uploads/2013/07/Briefing-paper-for-One-Health-AMR-Colloquium-participants-Final-Jul-2013.pdf