We explore the Kit Fence Carpet approach to the provision of children’s outdoor play spaces and discuss the elements involved. 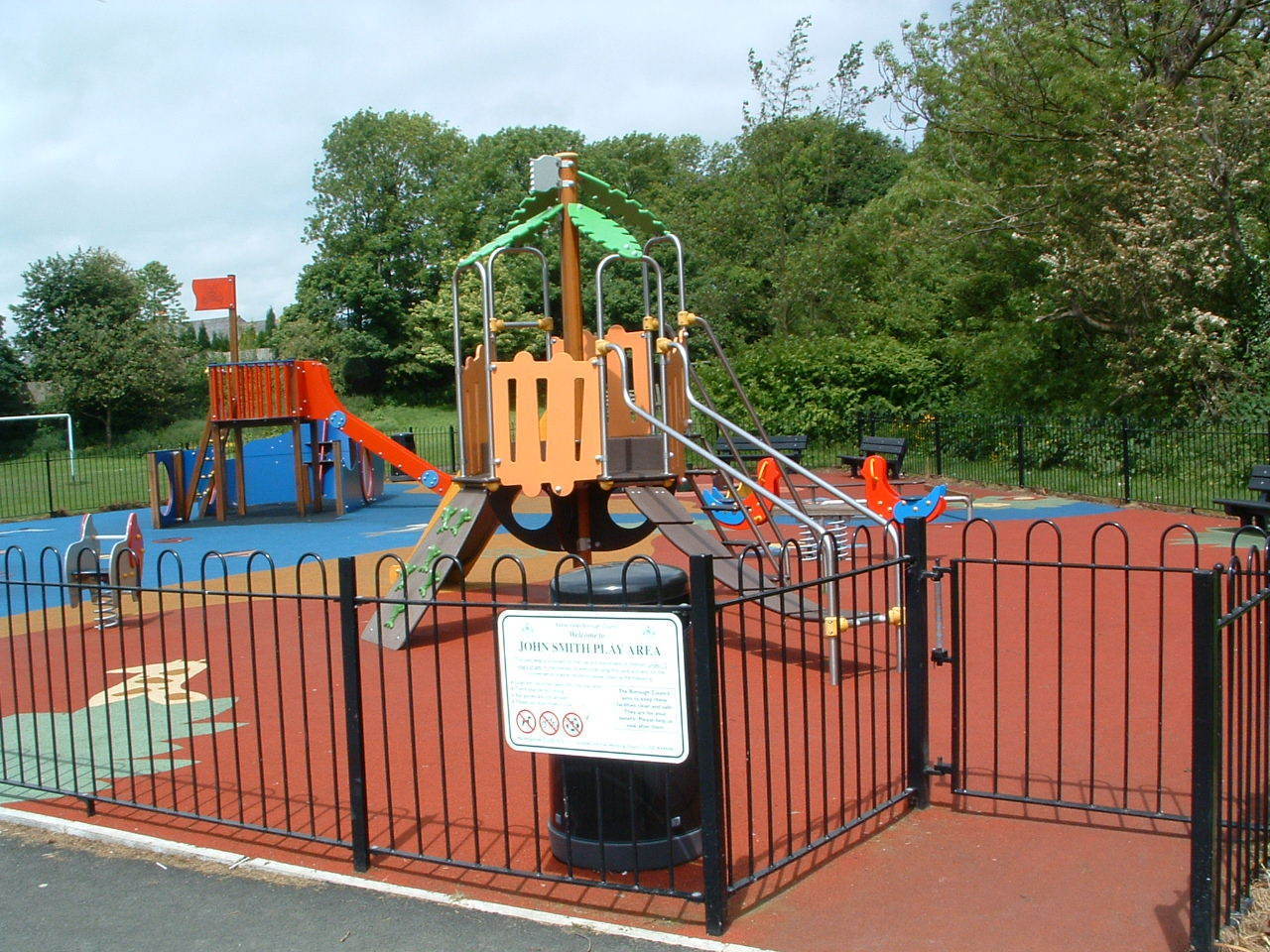 There was a time when children were allowed to play anywhere in the external environment and, in some societies and cultures, this still happens. You may hear, or remember for yourself, that in school holidays children would be told to go outside and come back at tea time.

During the latter half of the 19th and throughout the 20th century in England, society took an approach first of all of providing outdoor spaces for children to play in and then increasingly expecting children to play only in these spaces. Thus playgrounds came into existence.

In some countries, notably America and the United Kingdom, playgrounds started by having pieces of gymnasium equipment in them to provide children with opportunities for outdoor physical activity. Social and moral reformers also wanted children to be off the streets and away from ‘bad influences’ (Hart, 2002). The equipment for playgrounds changed to become specifically designed for play on what is now called ‘fixed play equipment’.

In England, between the First and Second World Wars, the number of playgrounds in parks and recreation grounds increased. Towards the end of this period and in the post-World War 2 years, different types of approaches to outdoor play spaces developed.

For example, in Emdrup in Denmark, the first adventure playground was opened in 1943 and this took an approach that included moveable parts, children making things on the site and the presence of an adult leader. This approach was also used in England, promoted by Lady Allen of Hurtwood (1968), a landscape architect and promoter of child welfare, who was impressed with what it offered children. Many bombed sites were played on and temporary adventure playgrounds made using sites waiting to be developed. Play parks were also developed at a similar time and usually allowed for different types of activities in different areas of the park.

As the 20th century progressed, playgrounds became increasingly dominated by the inclusion of fixed play equipment. They were also fenced off, initially to keep dogs out, but it would seem increasingly as a result of parental and societal fears, not necessarily that children would fall, but of strangers taking children. Children are not hurt or taken by strangers often (they are more likely to be hurt by people who know them) but the ‘stranger danger’ fear seems to be deeply ingrained in the psyche of many, influenced and exaggerated by the media (Valentine, 2004).

The final element that began to dominate the provision of playgrounds was a concept of safety and that the surfacing in a playground should have impact absorbency. Rubber, first of all in the form of tiles and then more commonly of a wet-pour form, was increasingly used for the surface in playgrounds and misnamed as ‘safety’, rather than ‘safer’ surfacing. This was, and still is, believed to be better for children’s safety but the evidence does not support this (Ball and Boehmer-Christiansen, 2002).

This approach – of a playground being dominated by a lot of fixed play equipment, surrounded by (usually boring) fencing and surfaced with rubber – is what Helen Woolley has called a Kit Fence Carpet approach to the provision of playgrounds: a Kit of fixed play equipment; a Fence, and a Carpet of rubber (Woolley, 2007, 2008; Woolley and Lowe, 2013). Of course, fixed play equipment can be really good for children, and fun, and there is evidence of the many ways in which it can help with physical development (Frost et al., 2004). Sometimes fences may be a sensible element, such as if a playground is near a busy road or if there are a lot of children with autism using a space. But fences can also be made to be fun, or designed by children, or have plants growing up them, or works of art, ribbons or blackboards hung on them. Rubber surfacing is a very expensive element and really does not provide for much in the way of play, unlike malleable surfaces such as sand or pea gravel. So, for cost effectiveness and safety purposes, the extensive use of rubber surfacing does not seem to be a good option, yet many individuals, providers, funders, parents and others seem to think this is a good approach.

At first, when Helen described the Kit Fence Carpet approach to playgrounds, she thought it was particular to the United Kingdom, but during the last eight years many students, ex-students and other people have told her that this approach is used in their country. The term is being used in America, Canada, Scandanavia, continental Europe, Iran and possibly in countries where Helen is not aware of its use.

Do you have Kit Fence Carpet playgrounds in your local area?

Woolley, H. (2007) Where do the children play? How policies can influence practice. Proceedings of the Institution of Civil Engineers Municipal Engineer, 160(ME2), 89-95.