Find out more
Home / History / Poetry and the Holocaust / “Hunger” 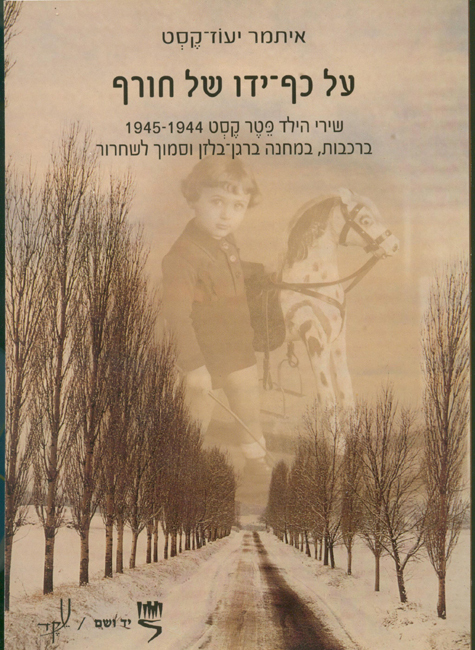 And now to the young boy in a concentration camp.

Itamar Yaos-Kest was born in 1934 in Sarvash, Hungary as Peter (Petr) Kest and after the Germans invaded in March 1944, he began his childhood Holocaust trauma as a boy of ten years old. Fortunately, he was surrounded by his family right through the terrible camp conditions of Bergen-Belsen in northern Germany and against all probability, both parents and the two children survived more than six months in the camp. This camp was not one of the six extermination camps built by the Germans, all of which were in German occupied Poland, but the death rate in this concentration camp was particularly high from typhus outbreaks and impossibly low food allocations. On scraps of paper his parents procured for him, he began writing his first poems as a ten-year-old in the camp. Itamar Yaos-Kest has a large oeuvre of poetry written over the years and lives in Tel-Aviv.

We present to you a short poem called “Hunger”, written in the Bergen-Belsen camp in the winter of 1944 by the ten-year old Peter Kest. Itamar Kest, the adult, testifies to the fact that he found a piece of packing paper on which he wrote his first poem which he claims today is a symbol of, and representative of all the poems he wrote thereafter.

My stomach complains and I mumble quietly to myself:

It is such a small piece of bread after all.

To drink? Not to drink?

What is there to drink? Tell me, you folk

Fire will I send through the land,

Curses will I aim at the heavens

And I will dream of my next meal.