The relationship between trauma and PTSD 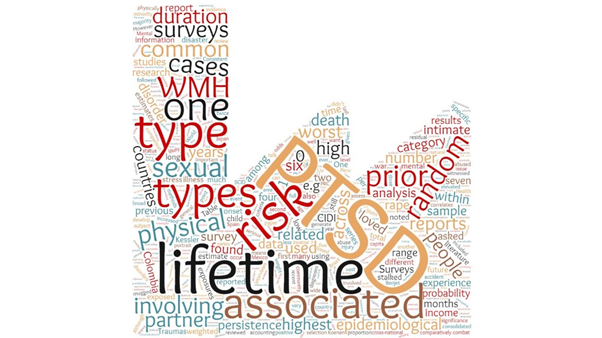 The relationship between trauma and PTSD

Most traumatic stressors people experience do not result in PTSD or other psychopathology. In fact, while most people will report at least one traumatic event in their lifetime, PTSD rates in the general population tend to be relatively low.

For example, findings from the World Mental Health Survey (WMHS) Initiative from 24 countries have shown that more than 70% of respondents had experienced at least one traumatic event in their lifetime, with more than 30% reporting four or more such events (Cardoso et al., 2020).

The most frequent types of trauma reported in this series of surveys were witnessing death or serious injury, unexpected death of a loved one, being mugged, being in a life-threatening automobile accident, and experiencing a life-threatening illness or injury.

This indicates the need to understand the circumstances in which traumatic events do indeed precipitate PTSD.

Better knowledge of the relationship between trauma and PTSD will also inform interventions targeting high-risk individuals and populations.

A complex web of factors likely plays a role in increasing certain individuals’ susceptibility to PTSD following a traumatic event.

Those factors can be biological, psychological and social (including demographic, historical and political) in nature, and are still not fully understood. Examples of risk factors include:

Kessler and colleagues (2017) analysed the findings from the WHO World Mental Health (WMH) surveys, a series of epidemiological surveys that obtained representative data on trauma-specific PTSD from 24 countries and 68 894 individuals.

One of the most prominent findings was that of a differential risk of PTSD depending on trauma type. Some interesting observations are outlined in the table below.

Limitations of the evidence base

It must be noted that not all of the aforementioned risk factors are unequivocally supported by research.

Also, much of the available research is cross-sectional in nature, which makes it difficult to establish cause-and-effect relationships between a given risk factor and the development of PTSD. I

For example, individuals may suppress or otherwise refuse to disclose traumatic experiences, which could lead to an underestimation of the prevalence of trauma.