PTSD and the brain

PTSD has been associated with changes in parts of the brain involved in emotional response, emotion regulation and memory. Let's take a look. 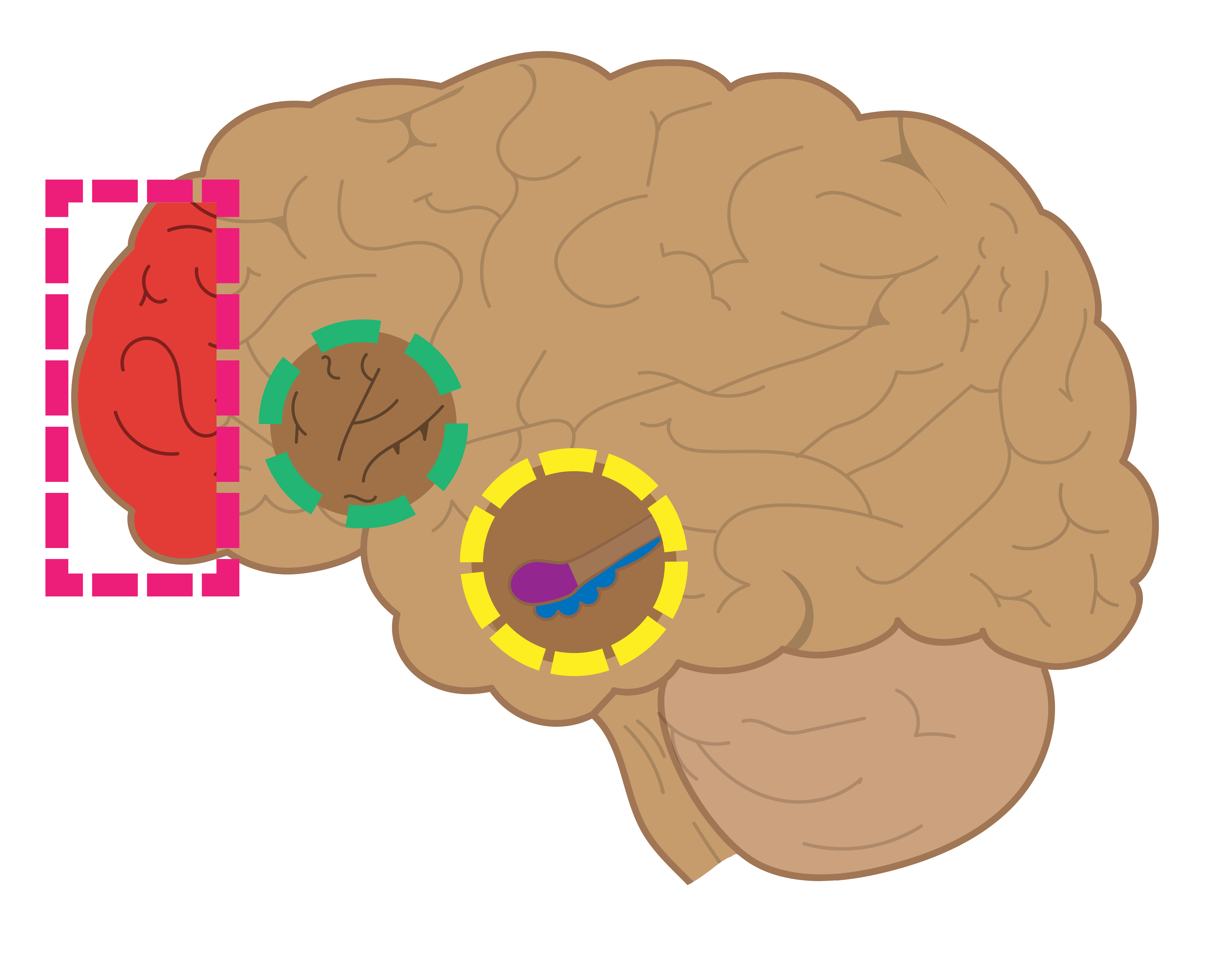 PTSD and the brain

Both the amygdala and insular cortex have been shown to activate in response to emotional stimuli (Shin, 2006; Uddin et al., 2017). In general, the more intense the stimulus, the bigger the activation in these areas.

Hyperactivation in the amygdala has been directly correlated to the severity of PTSD symptoms (Shin, 2006). In short, it appears that parts of the brain involved in emotional responses are activated more in individuals living with PTSD.

The medial prefrontal cortex (mPFC) has an important role in ‘extinction’ (Giustino et al., 2015), a process of lessening the fear response to stimuli.

Studies have shown that individuals experiencing PTSD tend to have reduced mPFC volumes (Shin, 2006), as well as reduced activation of the mPFC (Giustino et al., 2015). The consequence is reduced emotional regulation.

The hippocampus has been linked to the formation of emotional memories and the contextualisation of those memories. In this respect, the hippocampus is also important in extinction.

Evidence suggests that, as in the case of the mPFC, the volume of the hippocampus is reduced in individuals with PTSD, and the activation of this region of the brain is decreased also (Shin, 2006; Sherin & Nemeroff, 2011).

Understanding how and why these changes come about is key to understanding PTSD and developing potential therapeutic strategies in future.