Article describing a surgical operation to treat egg peritonitis in poultry.
© University of Nottingham and the British Hen Welfare Trust

A hen presented with a history of reluctance to walk, poor appetite, laboured breathing, a typical ‘penguin stance’ and on examination had marked coelomic distension. Surgery was advised. The hen was starved preoperatively to avoid crop content regurgitation during general anaesthesia.

The hen was gently supported by a nurse and pre-oxygenated, via face mask, for a couple of minutes. Isoflurane at a concentration of 2% was then administered via face mask prior to intubation with a rubber 2.0 uncuffed endotracheal tube. When sufficiently anaesthetised the hen was positioned in dorsal recumbency with the neck and head slightly raised and the legs extended caudally. The surgical area was plucked and surgically prepared with Hibiscrub. 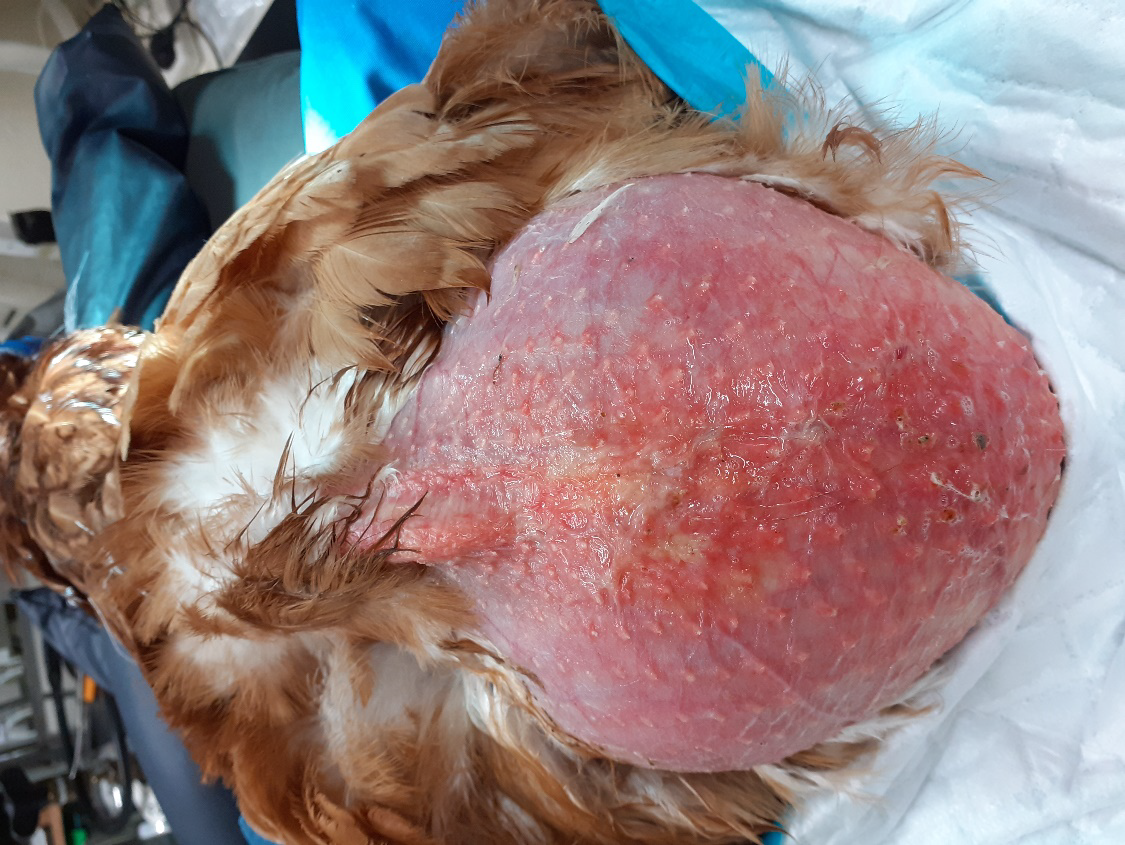 A midline abdominal incision was performed through dermis and muscle layers. 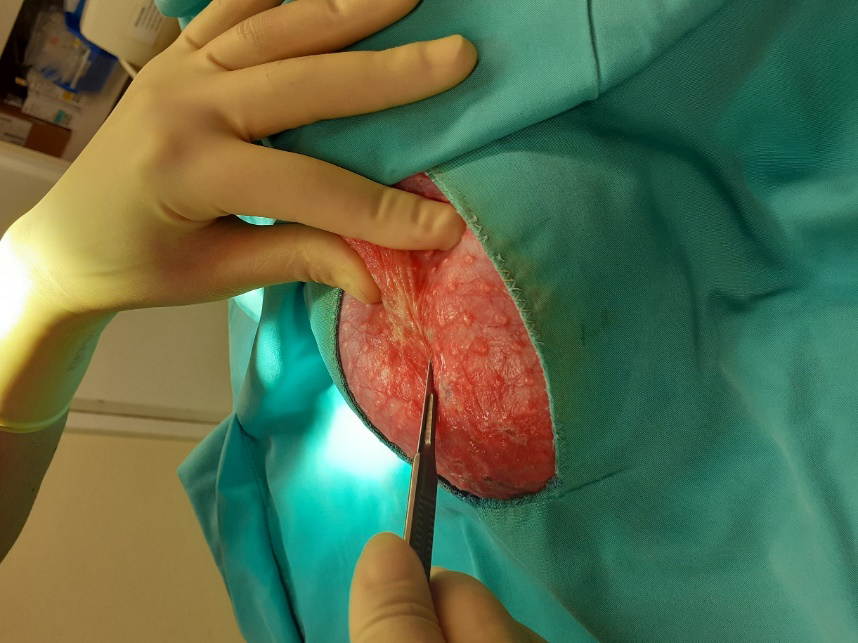 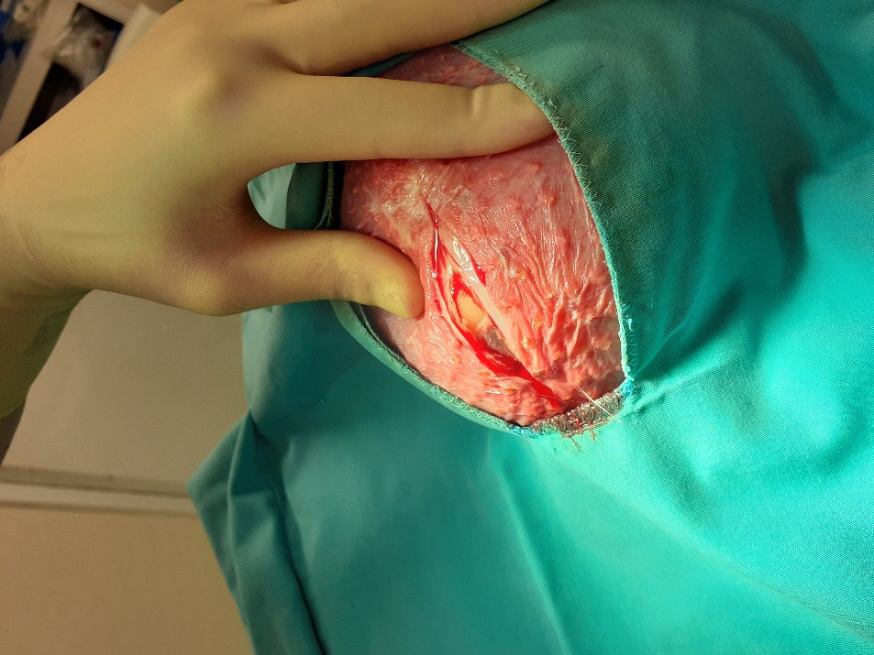 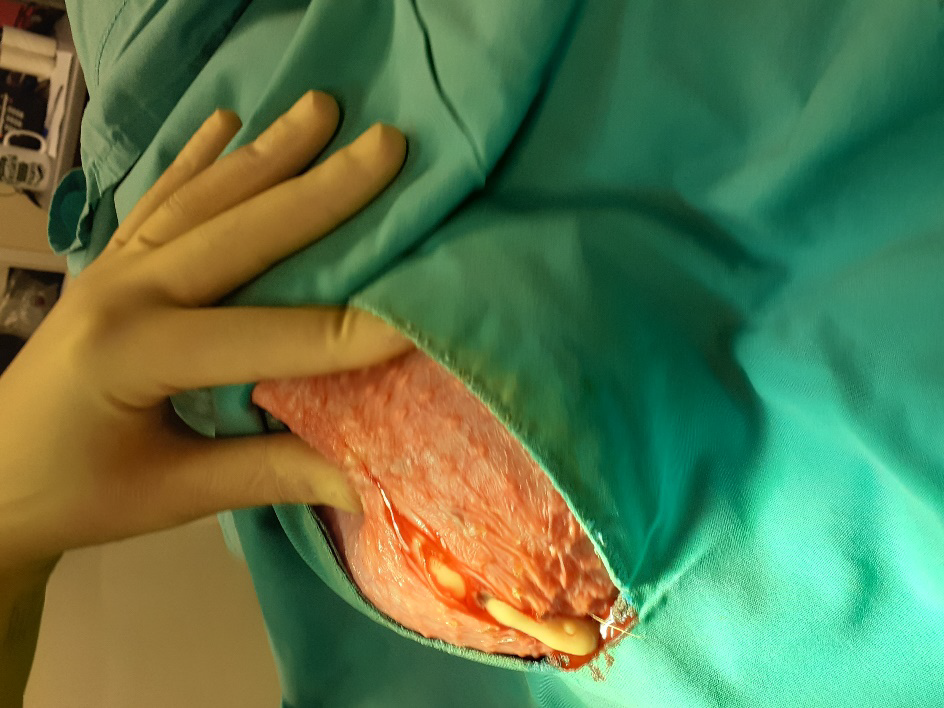 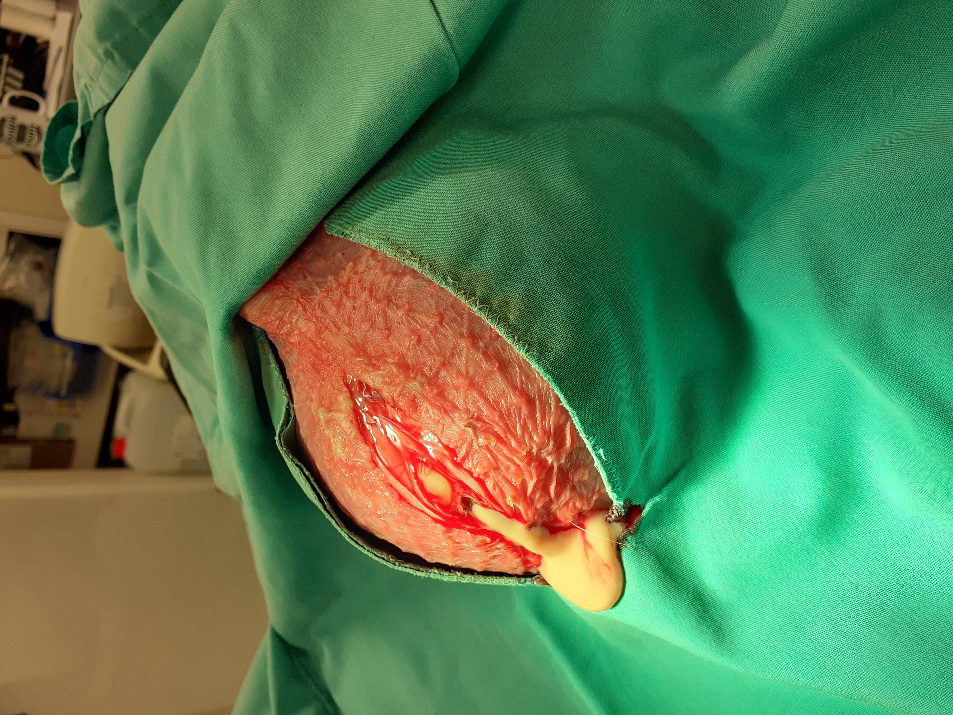 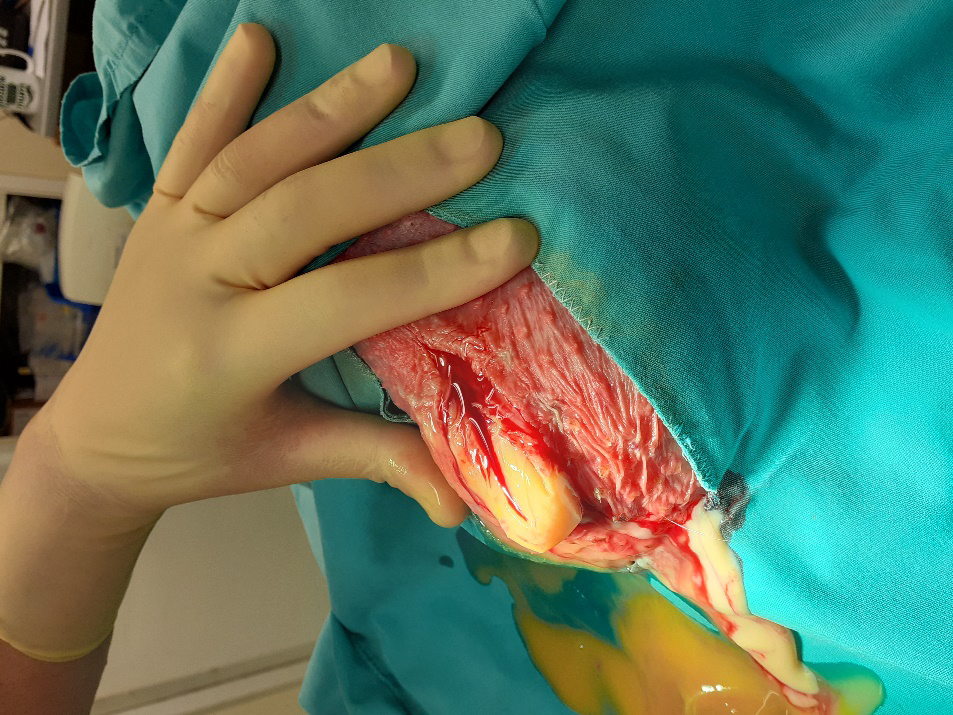 A salpingohysterectomy was then performed. The ovary was not removed as this is a very difficult procedure and carries a high risk of severe haemorrhage. The muscular layer and dermis are sutured with a simple interrupted pattern using 2/0, 3 metrics in two different layers. Images below were taken from a different procedure for illustration. 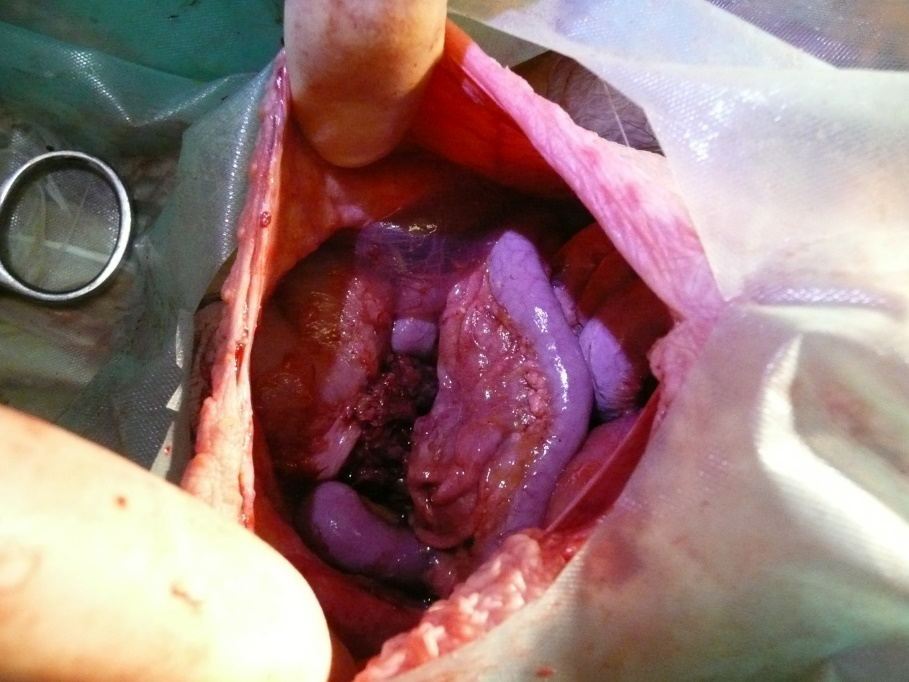 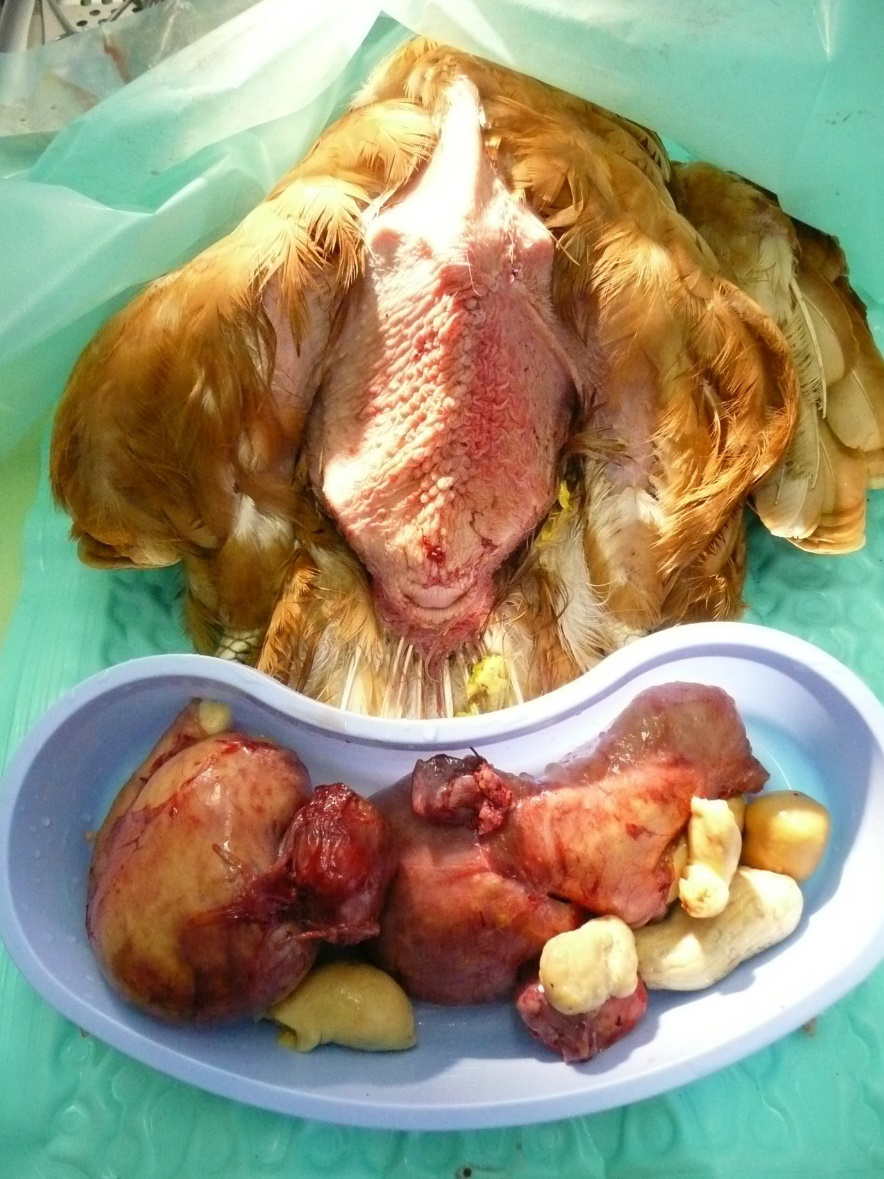 A Deslorelin implant (Suprelorin) was used to prevent ovulation which accounts for the hen moulting. The hen made an uneventful recovery. 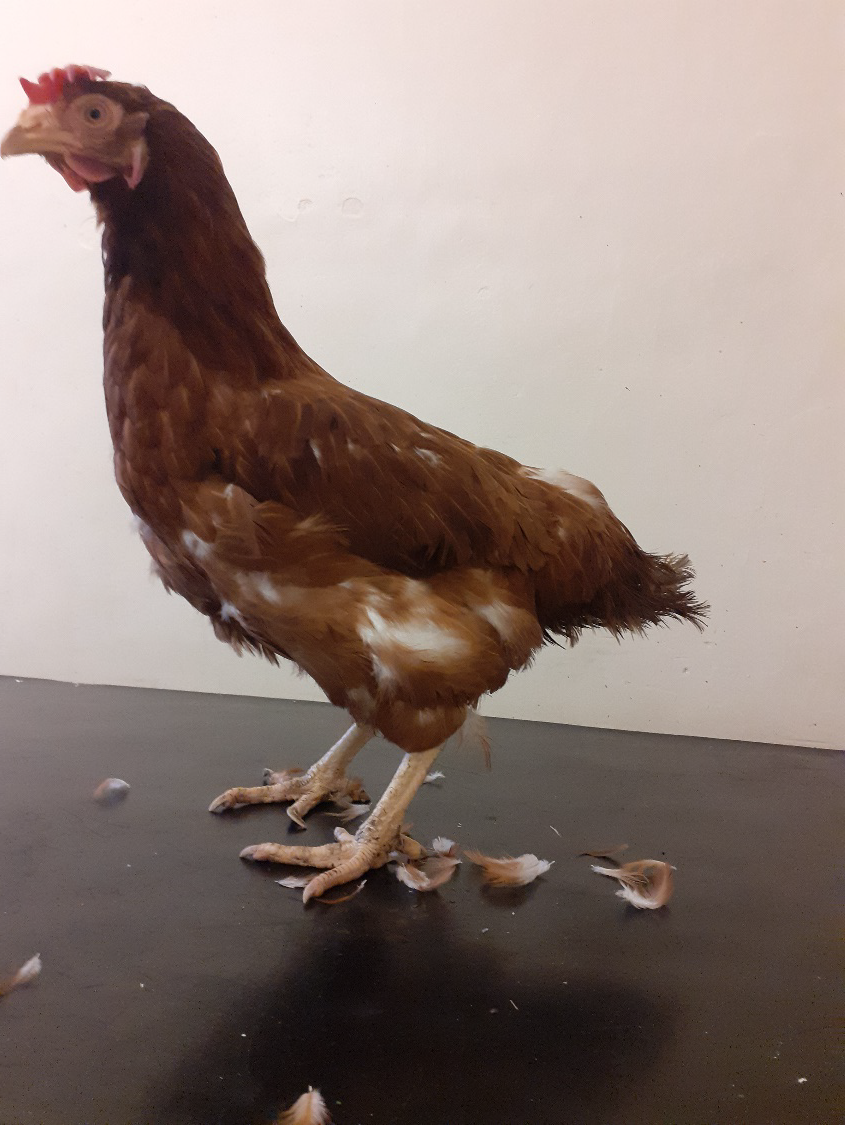