What changed after Newton and Leibnitz?

How did the whole ethos of Mathematics change in the years after Newton and Leibnitz? 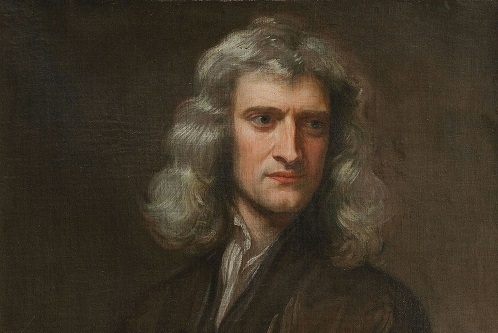 Although Newton and Leibnitz may not actually be responsible for the sea-change in Mathematics which started at the dawn of the Eighteenth Century, their work certainly marked its beginning.

Before the invention of Calculus, progress in Mathematics was very sporadic. It often consisted of someone spotting an “interesting problem” and then either solving it themselves, or passing around a quite narrow circle of like-minded individuals until a solution could be found. Even when these problems were deep (like Fermat’s Last Theorem) or important (like the search for a formula to solve the quintic equation). There was no real sense of an organised body of knowledge – problems were pursued for their own sake rather than as part of a step-by-step process to move a whole area forward.

After Newton and Leibnitz, Calculus became widely known, and was criticised at first for having logical flaws in the way it was carried out – it essentially involved dividing by zero. It was so useful in solving practical problems that perfecting it became a shared activity for some of the best mathematicians of the time. This transformed Calculus into what is today called Analysis and in the process helped to form the way modern mathematics is done. The idea of making a statement and then proving it with logical steps, starting from a previously known result, became the gold standard for formal work in Mathematics.

The whole development of Calculus became a template for how new branches of Mathematics would be developed in the following two hundred years. Mathematical tools were specifically developed to solve problems in both Pure Mathematics and Science. Mathematicians then used these tools in as many areas as possible and changed the axioms used to create them to see what variations could be produced and what further problems might be tackled with the enhanced methods.

One of the pivotal moments in Mathematics history came in 1900. In that year, David Hilbert – a German Mathematician, who was probably the most famous Mathematicians in the world at that time – gave an address to the International Congress of Mathematicians in Paris. In this talk he outlined twenty-three problems which he believed were the most important for Mathematics to address in the Twentieth Century. One of these was solved within a year of Hilbert’s speech, while others still remain undecided. A link from this article will take you to a list of the problems. Take a few minutes to look at them. Although they require a lot of specialised knowledge to understand fully, it is interesting to look at the wide range of areas which had become considered central to Mathematics by 1900.

As a result of these changes, Mathematics has become an integral part of our culture and occupies a special place in education – it is possibly the most universally taught and studied subject in the world. It is also one of the most international; with no need for expensive equipment, Mathematics can be be carried out collaboratively by simply sending ideas to another researcher, physically or virtually. Today, Mathematics is a common language, linking the globe at the speed of thought.

This content is taken from Manchester Grammar School online course