Skip main navigation
Home / Teaching / Primary Education Teaching / Our Solar System and Beyond: Teaching Primary Science / How was the world made?

How was the world made?

See our approach to answering questions about the birth of the Universe. 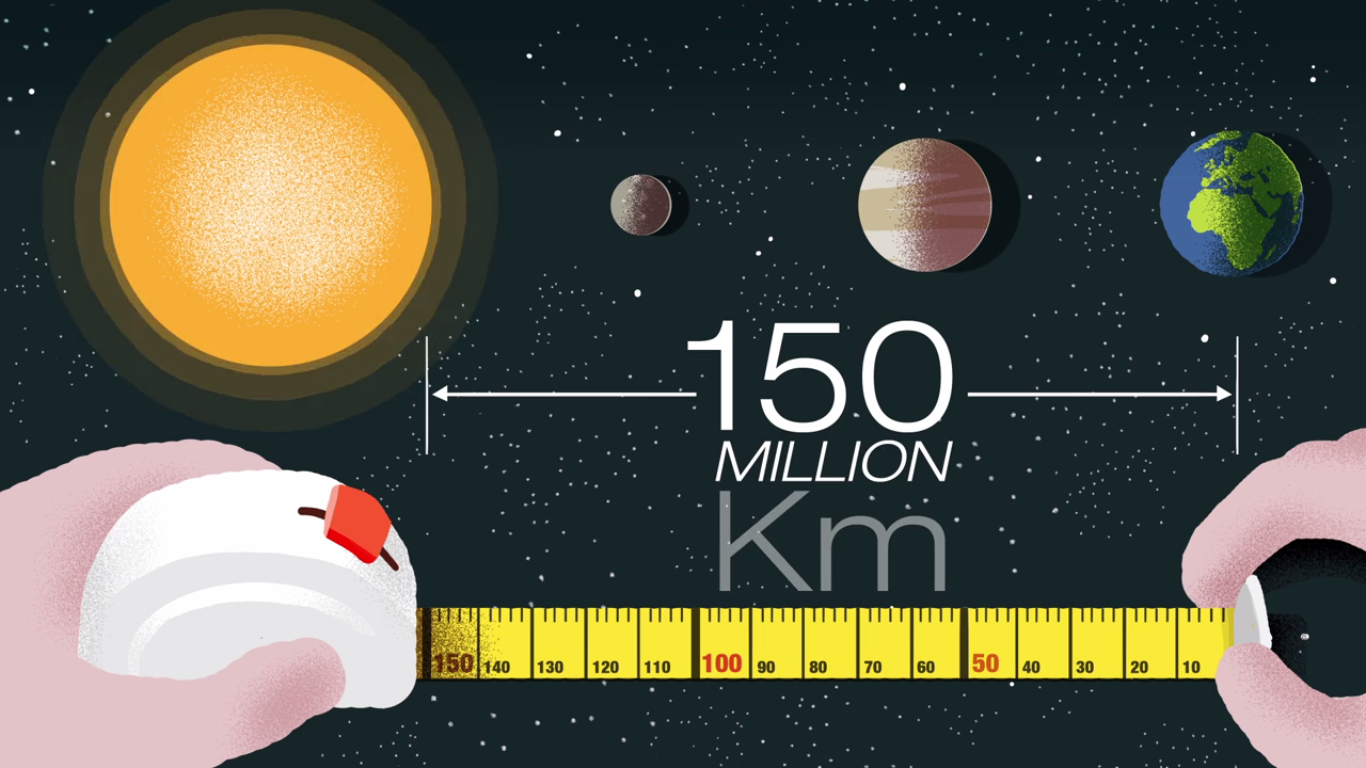 We are often asked how our solar system was made. When we answer, we always approach this from a purely scientific point of view.

Our solar system formed 4.5 billion years ago from a giant nebula – a cloud of gas and dust. Over time, cold gas and dust started to clump together under the effects of gravity. As more and more material moved towards the centre of the cloud it got hotter and hotter until a young protostar was formed – this was the beginning of the Sun.

Around that time the rest of the cloud started to rotate faster around the young Sun, the gas and dust kept in orbit by the centripetal effect (gravity pulling on it). Over time the orbiting gas and dust flattened out – similar to how pizza dough flattens out if you spin it. Eventually a flat disc of material was formed around the Sun, and within that disc there were denser regions – a bit like if you spread jam on toast you see lumpy fruit bits. The lumpy bits attracted more material towards them via the force of gravity and over many millions of years planets, moons and other objects were formed in the disc.

When the core of the young Sun reached a temperature of 15 million degrees Celsius its main gas, hydrogen, the lightest gas in the Universe, started to change into helium, the gas you find in floating balloons (helium is lighter than air). Also more importantly light was produced from this process. After the ignition of hydrogen into helium the Sun became a fully fledged star, filling the Solar System with bright light.

The air was very different. Today we have 21% oxygen but back then there would have been much less than 0.1%. There were much higher levels of carbon dioxide – a greenhouse gas – which raised the temperature of the Earth. This was important because the early Sun was around a quarter less luminous than it is today so there would have been less heat and light reaching the Earth.

This content is taken from
Royal Observatory Greenwich online course,

With less oxygen in the early atmosphere there wouldn’t have been an ozone shield to protect the surface from damaging ultraviolet radiation. UV is responsible for your suntan or sunburn – it damages your skin. Around 1 billion years after the formation of the Solar System the first microbes formed. They would have had to shield themselves from this high UV radiation, forming big mats for protection or hiding under or inside rocks.

3 billion years later the oxygen levels in the atmosphere rapidly increased and millions of new weird and wonderful species emerged. Modern humans emerged in the last 200 000 years – if you imagine the lifetime of the Solar System as a 4.5 hour long film, humans appear in the last 3/5ths of a second!

Can you anticipate any questions pupils might ask you about the origin of Earth?

This content is taken from Royal Observatory Greenwich online course