Skip main navigation
Home / Healthcare & Medicine / Coronavirus / COVID-19: Psychological Impact, Wellbeing and Mental Health / Psychological health and meaningful action: what next for all of us?

Psychological health and meaningful action: what next for all of us?

Dr. Gareth Drake introduces key concepts for this week to translate learning into practice and intention into action
View transcript
0.5
Hello, as Chris said, we’re in the final week and we’re starting to think about how to apply this learning beyond the course And that’s by no means a straightforward task  and we need to be humble in the endeavour. We’ve all been there. We’ve all had a difficult weekend of cookies and crisps and cakes and got to Monday and thought “no more. I am a healthy person and I will fill my basket with healthy things” and it’s all broccoli and spinach and fruit and that lasts till about Wednesday. Wednesday, we waiver. Thursday were eyeing up the cookies. Friday it’s a different story.
33.4
We had an intention on Monday, driven by a motivation, and we had an intention on Friday driven by a motivation and we met them both. And, this is what makes bridging that gap between saying and doing difficult. And many of you will have reached the end of this course and may. have picked up some new learning or remembered some old learning and some of you may be thinking how to make space to mourn. Some of you may be thinking about how to see family more, or to make a change at work or, apply what you’ve heard here to some sort of other setting. That’s a great place to be. What we’re going to do this.
74.6
Week is layout the ways in which implementation scientists, researchers, and therapists have explored that gap between saying and doing, intention and action, and we’re going to look at how to make sure we’re finding out useful information to guide our behaviours. The difference between, for example, hearing a story in the park and a newspaper article and a research study. Many of you have commented on how sensationalist and overwhelming news feeds can be. We’re going to look at a range of different models that you may have heard of some, the Stages of Change model, the Combi Model, a Theory of Planned behaviour.
120.4
Something to listen out for as we go through these models is the difference between those that expect us to be logical and rational and reasonable. And those that also factor in ideas that go beyond this, we can use logic and reason, we certainly can, but we also have wishes and drives and messy emotions and they can conflict with one another. And all of this makes it very, very difficult.
153.6
Look at the lock down period. Some very powerful people struggled to do what they were supposed to do so.
162.8
Approaching this week, I think we require some humility and just some curiosity. We won’t be endorsing or refuting any of the models will be laying them out for you to look at and think about and will be using the case stories as we hear the final Stages of Kevin and Carol’s and Susan’s journeys to illustrate some of the dilemmas  they face and what things they can keep in mind as they try to implement changes. We hope you get something from it and, as always, take care of yourselves as you go through the learning. Take care.

Let’s unpack this with a whistle-stop tour of how different psychological schools of thought have approached intentions and actions. In the first half of the 20th century, behavioural scientists wanted psychology to sit firmly on scientific ground, so decided to limit themselves to studying what could be measured and observed. This led, among those who wished to view psychology as a science, a casting off of the internal world of memory, dreams, and imagination that had been the forefront of the psychoanalytic thinking that had come before.

Instead, there was a focus on observable stimuli and responses. What goes in and what comes out, with the black box of the mind being seen as the domain of philosophy, art, and literature.

Behavioural studies of conditioned learning with a focus on Antecedents Behaviours and Consequences still form the basis of many interventions today.

Can you think of aspects of this pandemic where such approaches were used?

But, with the invention of the first IBM processor came a new computer metaphor for the mind that allowed for some ‘opening up’ of the black box. Cognitive theories arising during this period posited at centre a logical and rational mind that makes reasoned actions in a step-by-step manner, like a computer.

The theory of planned behaviour posited that to understand behaviour we need to look at:

This content is taken from
Maudsley Learning online course,

Another model commonly drawn upon in the field of habit change, such as alcohol and drug misuse, is the stages of change model, where we move from pre-contemplation to contemplation, through to serious determination, action, and maintenance, while trying to avoid relapse.

When it comes to behaviours such as addiction we may not feel like we have control, and we can swing between different stages of motivation for reasons that are difficult to predict and which get at our embodied experiences and drives. This highlights the important challenge of trying to reliably factor in those basic internal drives that had been the mainstay of psychoanalytic therapy. We are driven by core needs and motivations: hunger, thirst, panic, rage, desire for connection. We experience envy, we make social comparisons, we want to feel safe, secure, soothed, we want to achieve and to create things.

Researchers and clinicians began to ask how they could start to include these factors when thinking about intentions and actions. No matter how well-intentioned we are, if the intended change in behaviour does not account for the pulls of these more fundamental or evolved aspects of our human nature we may struggle to maintain it.

As we learned more about the human mind and brain, we were afforded the opportunity to revisit the world of experiences, memories, intentions, goals, and values under more measurable footing.

Recently when thinking about behaviour change implementation science, researchers have drawn on the COM-B model, according to which Capability, Opportunity, and Motivation inform Behaviour:

Excitingly, with modern advances in affective and cognitive neuroscience, and large scale studies into psychoanalytic and cognitive behavioural therapy, the world of measurable, observable behaviours, and the internal world of symbols, memories, and emotions are beginning to be brought together.

In the coming step, we’ll think about what next for COVID-19 patients, Dr. Rogers will talk us through a recent review and we’ll use this to think about getting access to reliable knowledge as a starting place to informed action.

This content is taken from Maudsley Learning online course 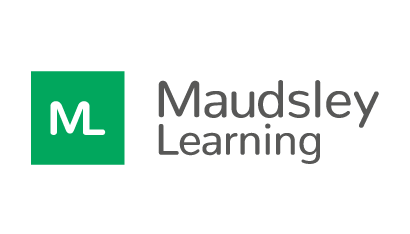