In this article we talk about how to arrange ideas logically and coherently to help you improve your performance in the PTE test.
© Griffith University

PTE is meaning-focused and assesses your ability to produce written and spoken responses that have good internal coherence, logical development of ideas and a range of linguistic resources to express meaning cohesively and precisely.

Cohesive devices are words and phrases that connect sentences and paragraphs together. They create a logical flow of ideas and make meaning by developing relationships and connections in spoken and written texts.

Read these excerpts from two test taker responses to the Essay test item. Which one conveys information more logically and cohesively?

The first response lacks cohesion, so is mechanical and repetitive. It consists of a list of unconnected elements and does not indicate how the ideas relate to each other, so the logic is hard to follow.

The second response uses cohesive devices to tie the words, phrases and clauses together and to make the relationships between these elements clear and logical. This gives the response ‘flow’.

As you can see, cohesive devices not only reduce repetition, but also supply valuable additional information in a few words and create connections at multiple levels in the text.

Read about common cohesive devices you should use in your spoken and written PTE responses.

Conjunctions are linking words used to connect words and phrases, as well as concepts and ideas in a sentence. Conjunctions play an important role in constructing clear and logical sentences that are meaningfully related to each other.

Use coordinating conjunctions (for, and, nor, but, or, yet, so) when you want to coordinate two ideas by giving equal rank or emphasis to two main clauses.

Here’s an example of how coordinating and subordinating conjunctions are used in the logical and coherent response (Response 2). 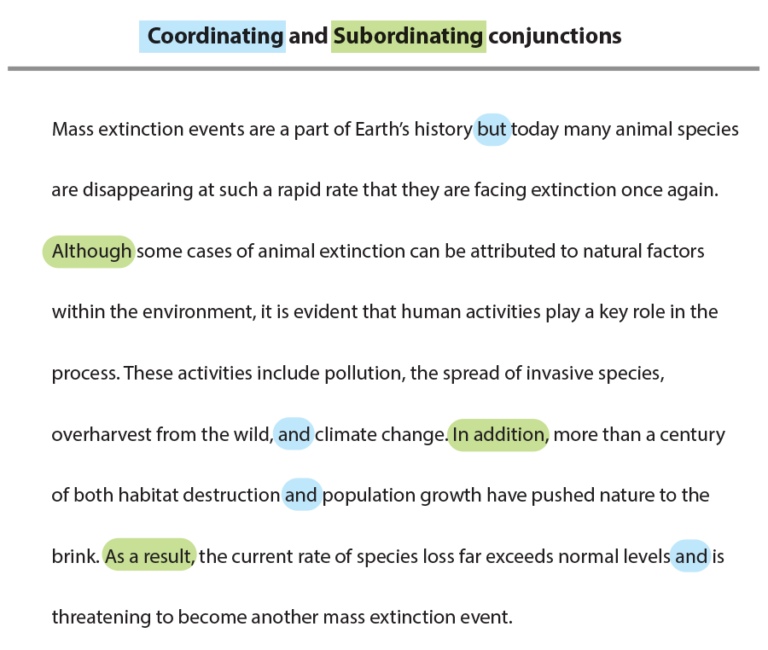 Watch the videos to further explore conjunctions and linking expressions and complete the interactive practice activities that follow.

Referring back and forwards

Conjunctions are not the only way that writers build cohesion into a paragraph. We can use a range of other devices including words and expressions to refer back to people/things mentioned earlier in the text. Including:

We also use words and phrases that refer to another idea later in the text and you need to look forward to understand. Words such as the following, as follows, below, next, subsequently, both are used to warn the reader to expect new information.

Here’s an example of referring back and forwards in the logical and coherent response (Response 2). 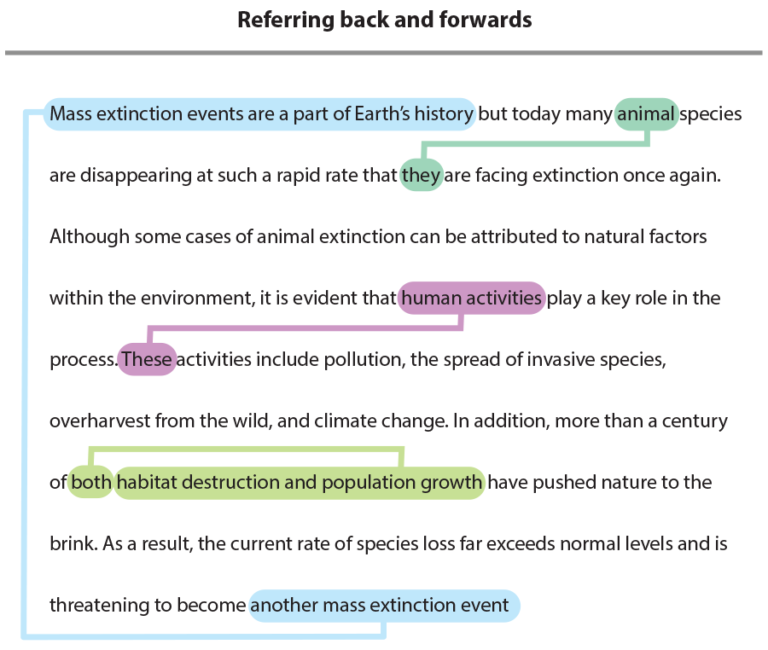 Ideas that are arranged in a clear and logical way are coherent. When a text is coherent the reader can easily understand the main points, the organisational pattern and the connection between key ideas.

In PTE, if you organise what you say and write coherently, you will get a better score. This is because a well-organised answer is more likely to cover the main information as well as the additional details in a controlled and logical way.

In the Describe Image question type you will need to describe all key elements of the image from an academic source such as a graph, map, chart, table or picture. You will also need to explain relationships between parts of the image, possible developments and conclusions or implications of the information in order to score above one for content.

To be able to describe the image coherently, you should take notes on the erasable noteboard, which you can use to organise your answer. Look at the image in the question prompt below and ask yourself:

You can put your notes into sentences when you start to speak. Here is an example Describe Image task with notes taken by the test taker on the noteboard. 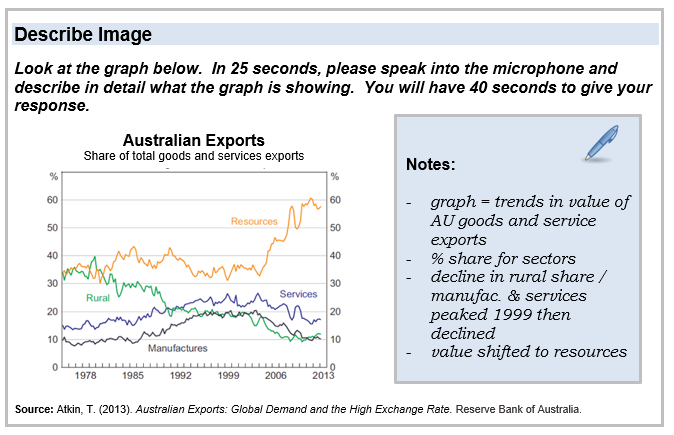 Look at how this example answer is organised and see how the test taker developed their notes into their answer.

Now look at the following Describe Image task for 25 seconds. Use the strategies you have learned to take notes and organise your response logically and coherently. 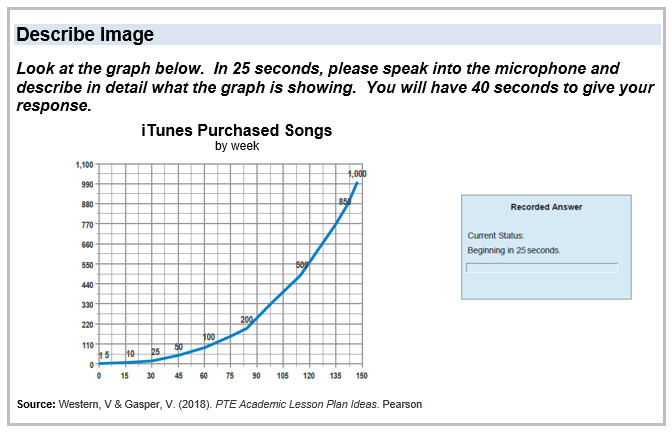 Listen to three test takers responding to the same image and rank them from the strongest to the weakest. Which response was the most coherent? See the explanation in the Downloads.

For more information about the Describe Image item type, how it is scored and test tips, watch the video tutorial in the SEE ALSO section below. 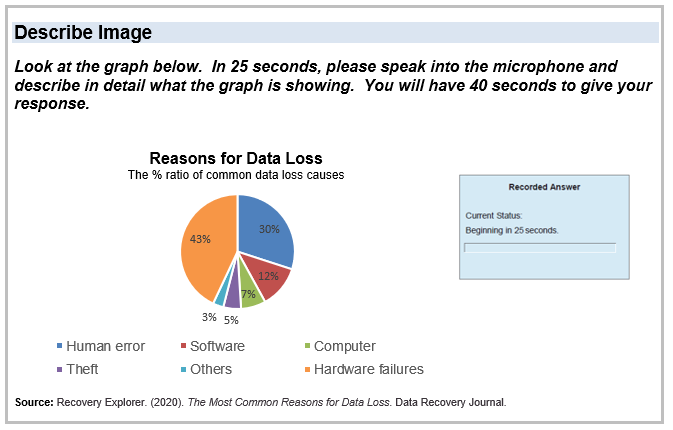 Disclaimer: The question prompts are for practice purposes only and are not official PTE Test materials.