An auditor on Mars

This short introduction to the narrative describes the decision to send an auditor to Mars Colony. Based on Asimov's 1952 novella The Martian Way. 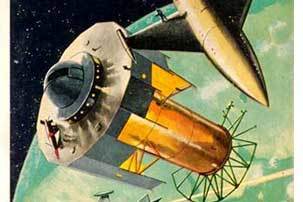 “Ms Borisenkova. The Captain informs us that we shall land in about 15 minutes.”

Sophie Borisenkova woke and looked out the window of her landing craft, hoping to discern some landscape beyond the reddish dust. She had never thought she would become the first auditor in human history sent to Mars – until a few weeks ago. Of course, there had been plenty of auditors who had served in very distant territories from their homelands; she recalled stories of accountants hired by the English East India Company and inspectors of Jesuit missions in Latin America in 1600s. But putting an auditor on Mars!

In less than one hour, she found herself sitting around a table in a small conference room. The director of the Mars Colony sat before her, explaining how energy costs had increased because of the impact of dust storms on the efficiency of solar panels. None of this was news to her, even before her interplanetary voyage. Analysts at the Earth Space Governance Body had already carried out a painstaking examination of the Colony’s financial statements in order to explain the persistent deficit and growing debts of the Mars Colony administration. The very reason for her presence there, indeed, was to better understand why the financial managers of the Colony were not able to contain rising costs while earning revenues from the flourishing local economy.

“I think it’s time we get down to the details,” she said. “Let’s start from the income statement and the causes for last year’s deficit. We can then discuss issues with the management of the liquidity and the sustainability of debts in the medium term.”

The Director looked at her quizzically. They both sensed that the meeting would take several hours.