In the UK, the practice of conducting a comprehensive review of public spending gained widespread attention in the 2000s. 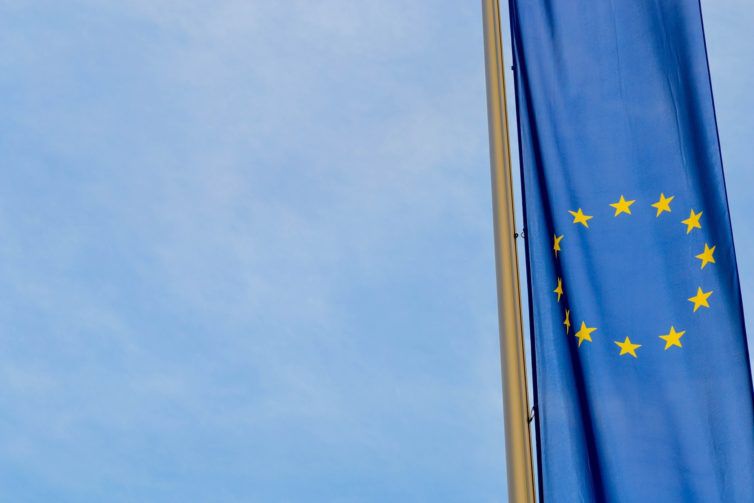 In the UK, the practice of conducting a comprehensive review of public spending gained widespread attention in the 2000s.

The first major Comprehensive Spending Review (CSR) came in 2007, when the government attempted to contain the growth of public spending and to reduce deficit and debt accumulation. Further austerity measures were introduced in the 2010 CSR, which included 19% average departmental cuts in four years. This placed enormous pressure on particular areas of the public sector. The National Health Service (NHS), for example, struggled to maintain service standards in the face of pressures from demographic and seasonal demand; local governments were forced to cope with transfer cuts while the government limited the choices available for service delivery; and prisons struggled to deal with overcrowding and prison numbers rising above expectations.

In 2015, the newly elected Conservative government announced a new CSR in an effort to continue pursuing departmental savings and to reach an overall surplus in 2019-20. The declared aim was to increase NHS funding and defence spending and to maintain government commitments to foreign aid and schools, while reducing spending across government departments by cuts of 25% and 40% by 2019-20. The following CSR, expected in 2020, would take place under radically different conditions because of the effects of Brexit and of the Covid-19 pandemic.

The figure below, taken from a report of the National Audit Office, explains how the spending review process in the UK unfolds. First, departments send initial submissions that are reviewed by a spending team. Reviewed submissions are sent to specialist teams in HM Treasury for review. Feedback from the specialist teams may trigger updates, before the submissions are sent to HM Treasury ministers, who undertake negotiations with departmental ministers. Central functions of the government may be informally engaged if prompted by HM Treasury. 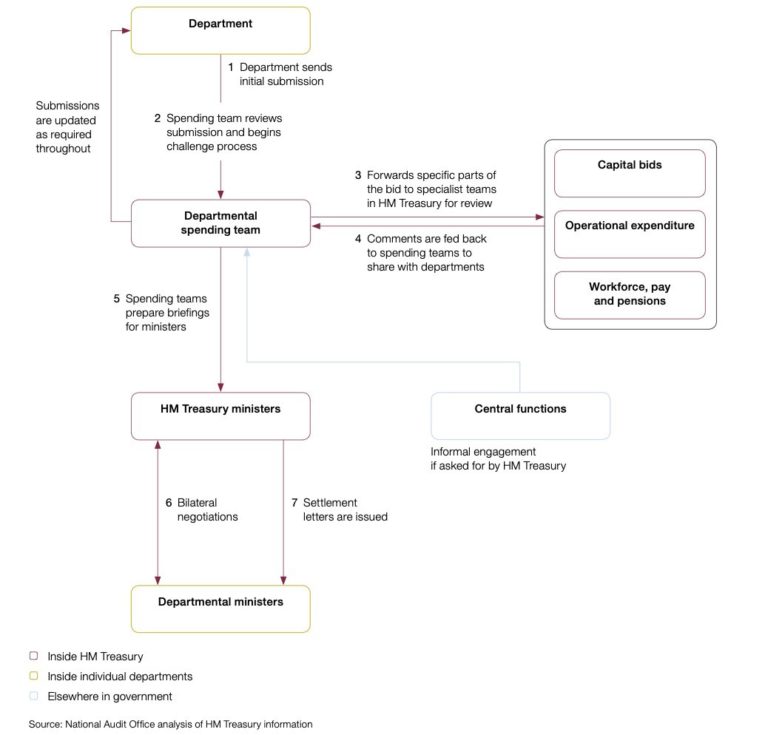 Over the last years, also a number of EU member states have undertaken spending reviews. Since the Stability and Growth Pact and related deficit rules in 2011, EU member state governments limited expenditure growth with the aim to attain fiscal stability in the medium term. The effectiveness of spending reviews has been ambiguous, however. In Italy, for example, projects intended to contain the growth of public spending had been undertaken since the 1980s but no substantive effects into patterns of budgetary allocations and expenditures have been achieved. As observed by the national Court of Auditors, spending reviews lacked analysing in detail the reasons for expenditures as justified by specific functions or interventions.