The pathway to radiation therapy can be different for each person. However, most people follow a similar route. Listen to Mary’s fictional story by clicking on the audio button beneath each picture, and learn about her pathway from diagnosis to survivorship.

You will hear Mary’s thoughts on her treatment for breast cancer, and the voices of her healthcare team who helped deliver her radiation therapy. 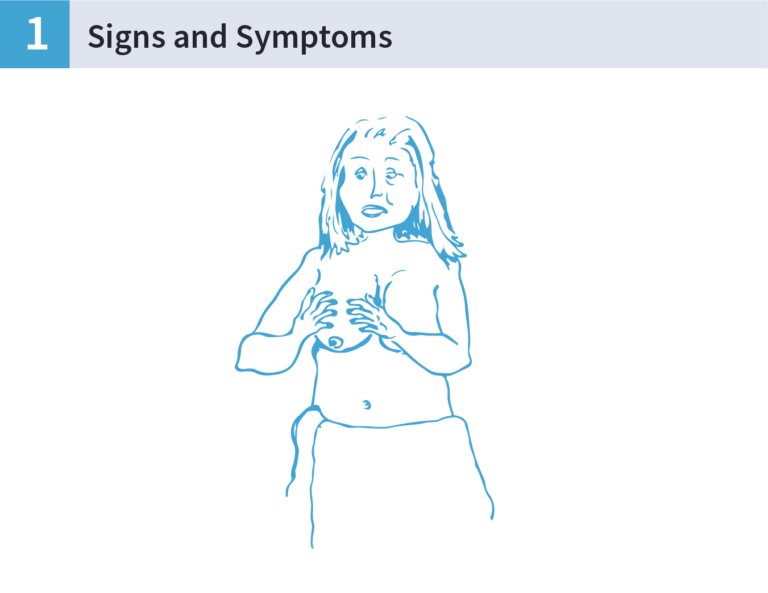 Once a month, Mary set a time each day to check her breasts for anything unusual. This was done routinely and no changes were found except for today.

Mary noticed that there was a little lump there that was not present before. This made her very anxious and concerned. At first she hoped it would go away.

She checked again and it was still there; it was time to get it checked. She booked an appointment to go and see her doctor. 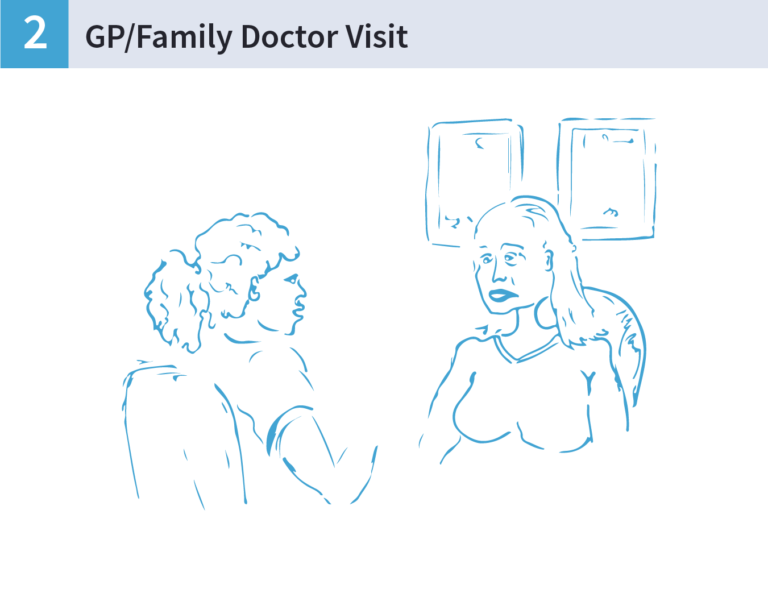 The doctor met with Mary and did a full physical examination of her. The doctor also felt the lump and explained to Mary that it was important for her to go and get this checked further with some specialist tests.

The doctor sat Mary down and explained clearly what would happen next. Mary was very worried, however she was happy that she went to see the doctor. 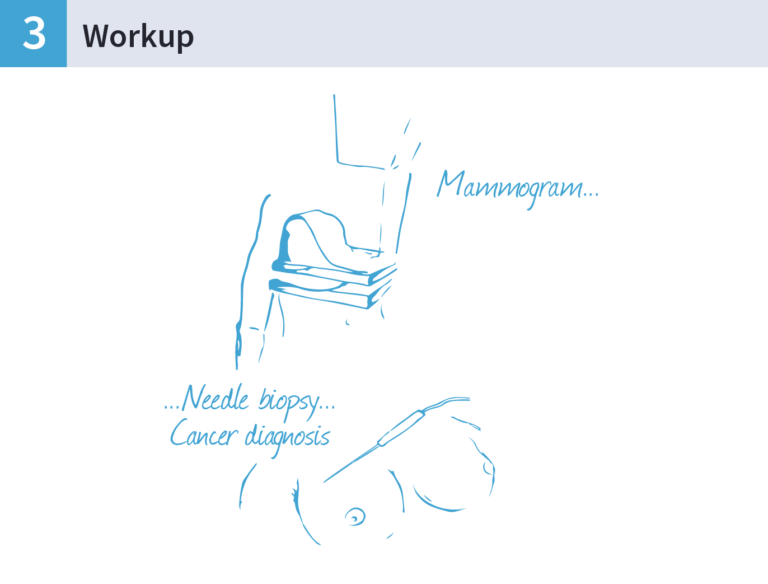 Mary received an appointment in the post to go to the hospital for further checks. At the hospital she had a triple assessment.

The biopsy would confirm if the tissue in the lump was cancerous or not. 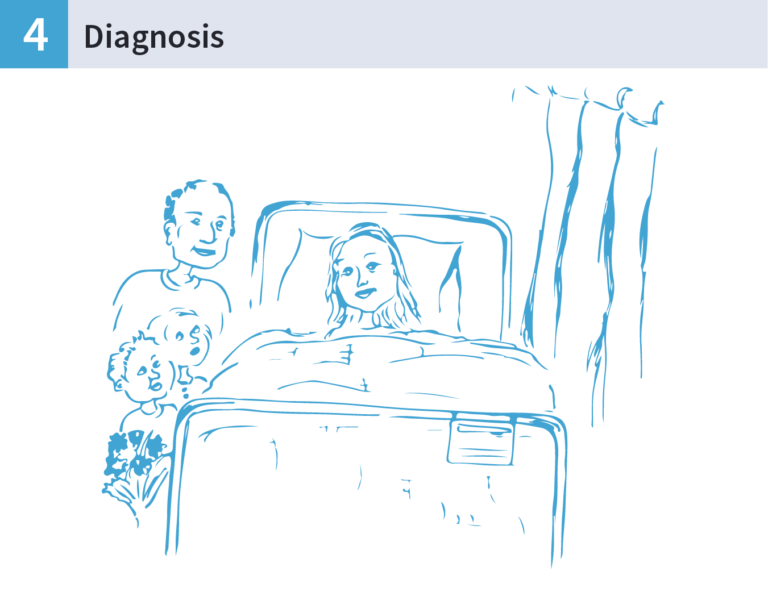 When the results were returned, Mary was asked to come into the doctor’s office to discuss them.

She was told she had breast cancer and that she would need treatment. 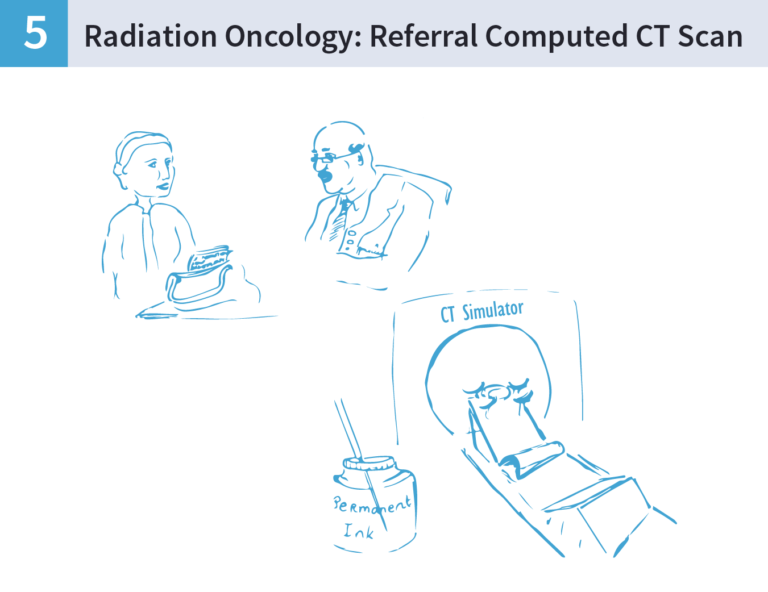 When her surgical site was healed and her chemotherapy finished, Mary was sent to a radiation therapy department to receive the remainder of her treatment. Her first appointment was with the radiation oncologist who explained what radiation therapy is and the side effects from it. Mary gave informed consent to begin this treatment.

To get her treatment planned Mary went to the radiation therapy department with her husband. She was called from the waiting room into the Computed Tomography (CT) scanning room. 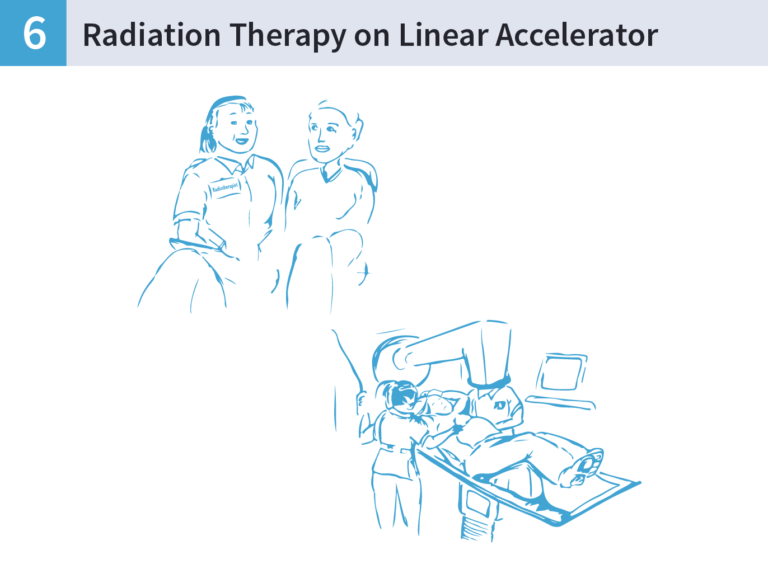 After about two weeks Mary started her 3 weeks of treatment. She was very nervous about treatment and was worried that it might hurt her. She met with the radiation therapists on the first day and they explained in detail what was going to happen. This put her at ease and she built a good rapport with the radiation therapist. She saw mostly the same professionals daily and liked discussing any concerns she had with them. 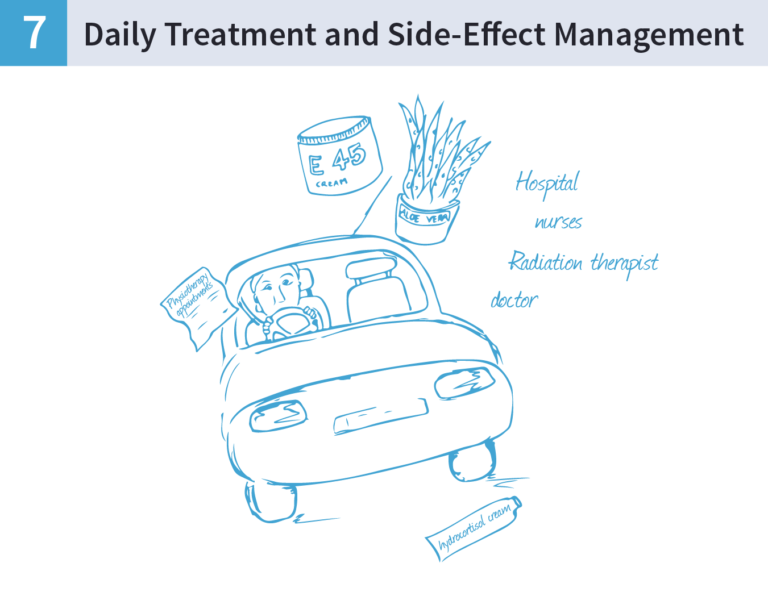 Daily Treatment and Side Effect Management 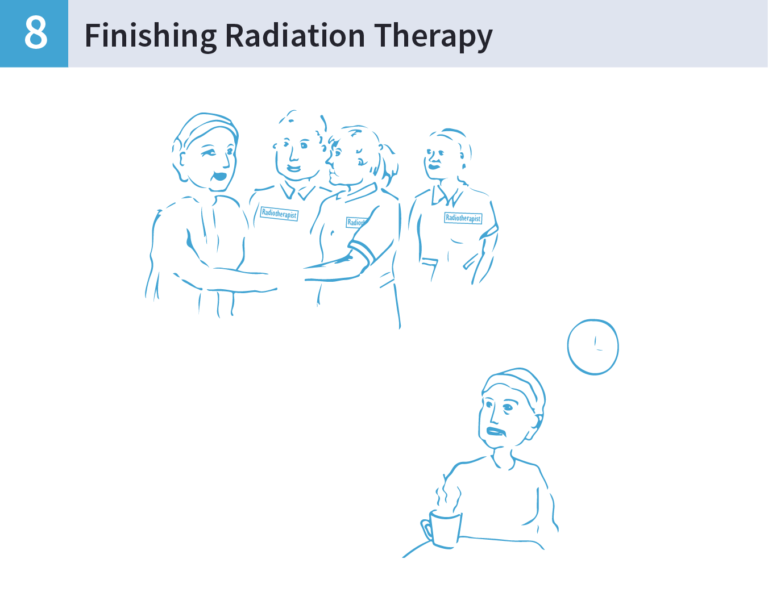 When Mary finished treatment the radiation therapists informed her that even though she has finished radiation therapy, it will keep on working for at least another 10 days before it reaches its peak reaction.

Radiation therapy keeps on working even if your treatment is finished: this is referred to as the cumulative effect.

During this time Mary found that her skin reaction became more pronounced than during treatment. This worried her however the radiation therapists explained that this was a normal side effect for breast radiation therapy and would get better over time. The radiation therapist gave her the unit number so she could call if she had any further worries. 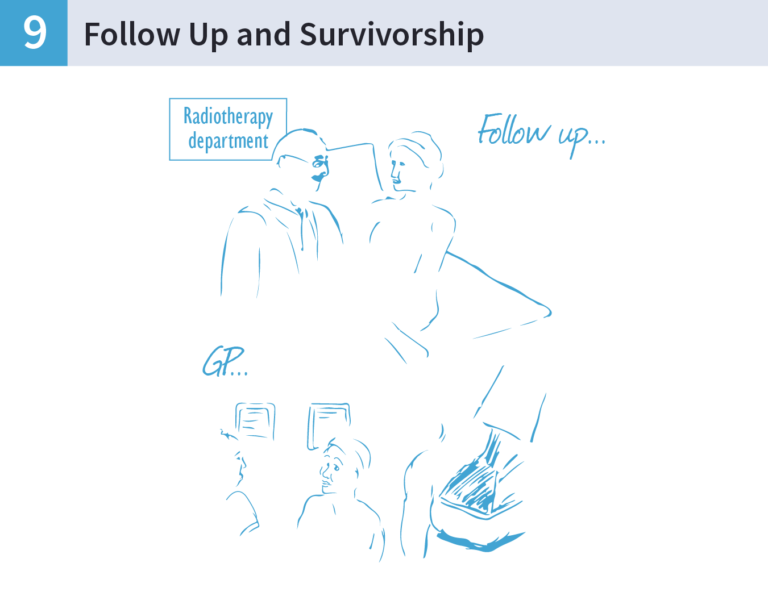 After treatment had finished, Mary received an appointment informing her that she had a follow up appointment in 6 weeks’ time to see how she was managing. Mary was told that she will be monitored for the next five years.

Mary was told if she had any worries, concerns or problems between these times to contact the doctor again.

Think about the story you have just heard and share your answers to the questions below in the comments section.

You can download the full podcast of this story here