This step will clarify the answers in the previous quiz, setting up learners for the next activity where it will be explained in greater depth.
© University of Padova

Based on the quiz you just answered, you should already have a clue as to how much animals have helped us in understanding our learning processes. Let’s take a quick look before we dive deeper into some of these important concepts.

Classical conditioning is a process that involves creating an association between a naturally existing stimulus and a previously neutral one.

The studies in this field originated from Pavlov’s experiment with dogs, who salivated in response to a bell tone. 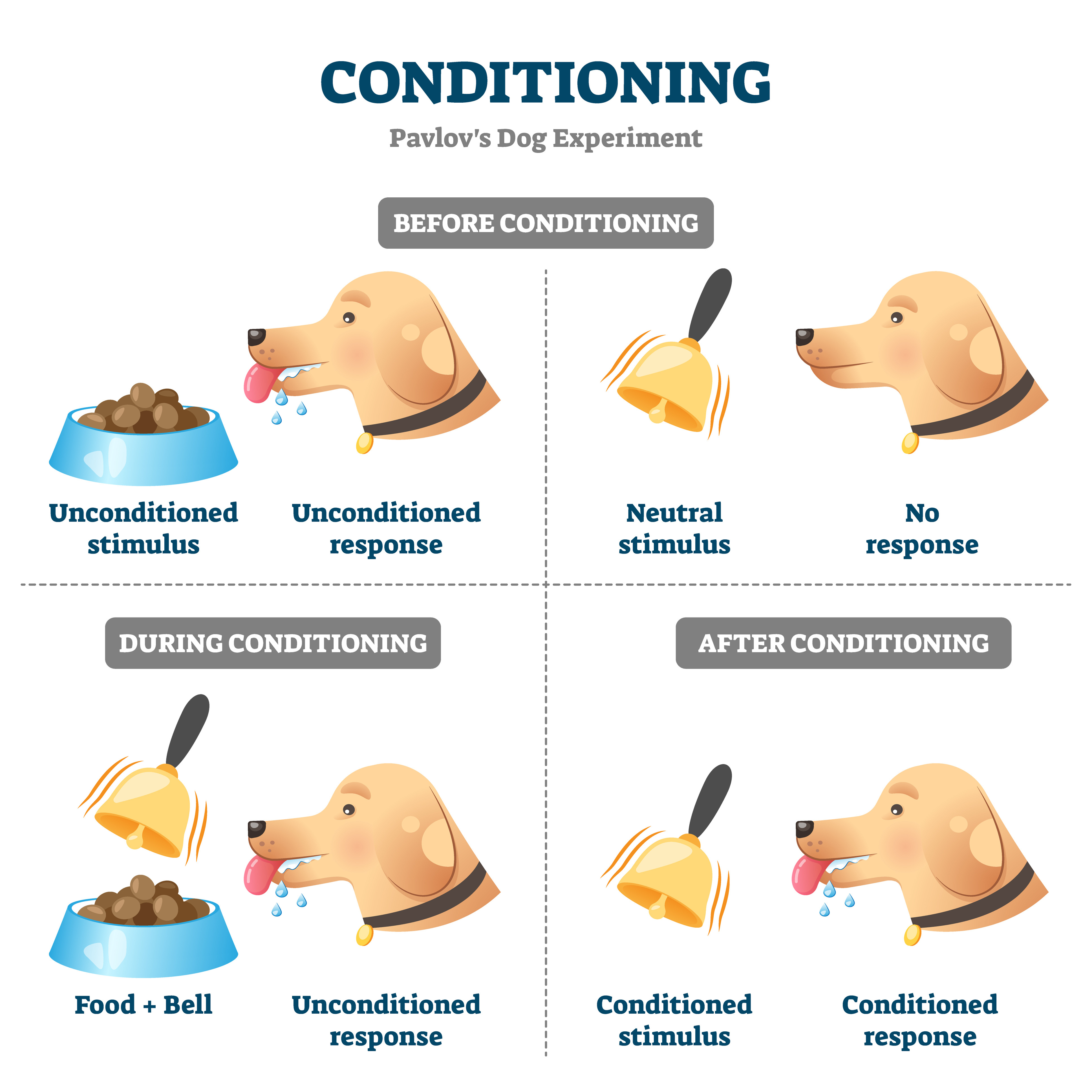 When a bell was sounded each time the dog was fed, Pavlov noted that the dog learned to associate the sound with the presentation of the food and started to salivate at the mere sound of the bell.

This is a process through which the strength of a behaviour is modified by reinforcement or punishment.

Skinner studied operant conditioning by conducting experiments using rats and pigeons placed in a Skinner Box. A Skinner box, also known as an operant conditioning chamber, is a device used to objectively record an animal’s behaviour in a compressed time frame. An animal can be rewarded or punished for engaging in certain behaviours, such as pressing a lever (for rats) or pecking at a key (for pigeons).

This refers to a type of learning which is not apparent in the learner’s behaviour at the time of learning, but which manifests later when suitable motivation and circumstances appear.

Tolman’s experiments with rats demonstrated that organisms can learn even if they do not receive immediate reinforcement. In the original study, rats learned how to move into a maze in the absence of a reward (for this reason it is called ‘latent’).

Habituation refers to the gradual decline of a response to a stimulus resulting from repeated exposure to the stimulus.

Sherrington was the first to analyze fatigue of the scratch and flexion reflexes in the spinal dog. He was able to rule out sensory receptor adaptation as a mechanism of reflex fatigue by showing that stimulation of skin areas adjacent to the repeatedly stimulated area also exhibited fatigue. This was the starting point of the research field that brought about the neurobiological investigation of Aplysia by Kandel and collaborators (more of this later in the Week).

This is the increased effectiveness of an eliciting stimulus as a function of its repeated presentation. 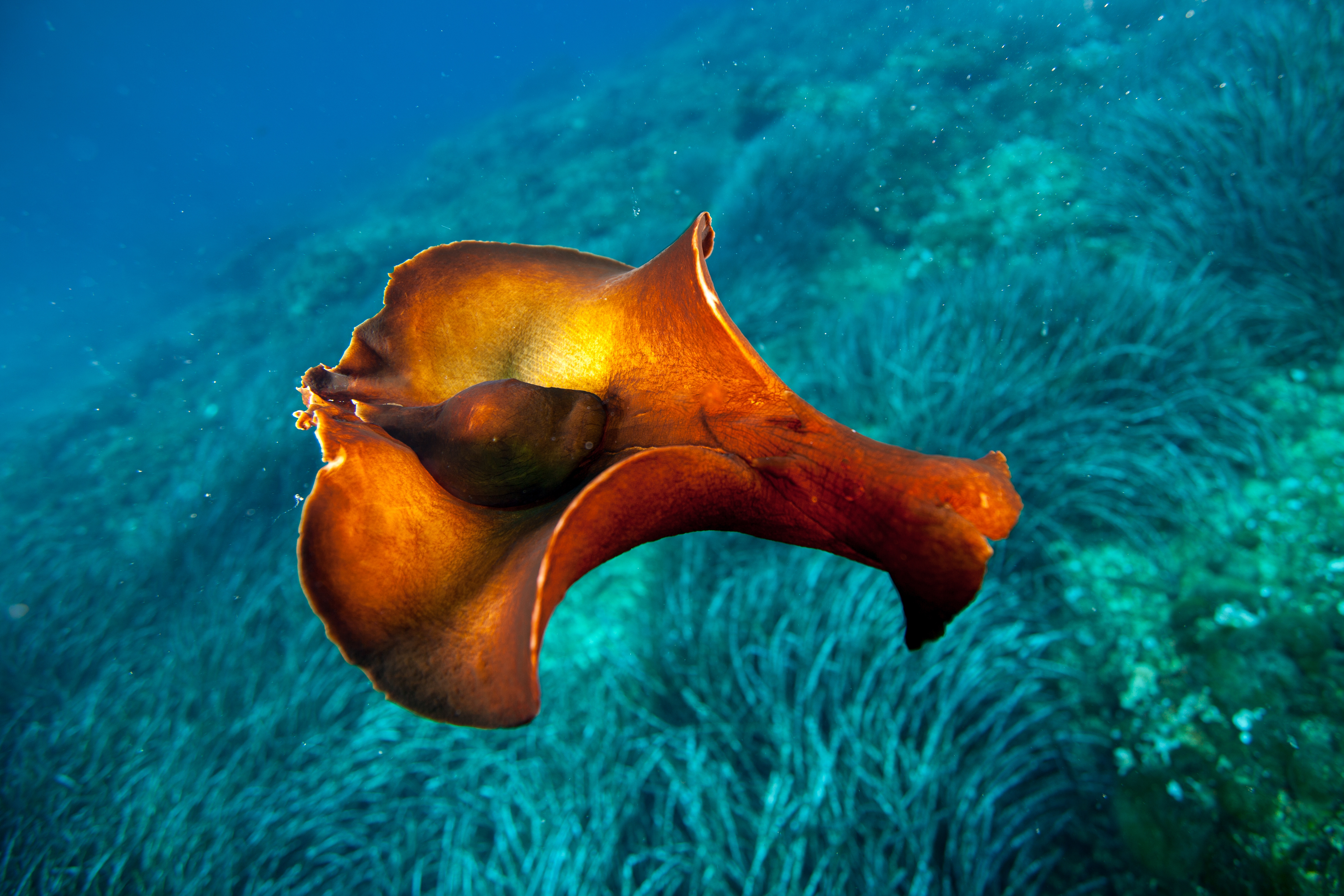 Aplysia or a sea slug

Kandel and collaborators were one of the first to study this phenomenon. The Aplysia gill and siphon withdrawal reflex (GSWR) is a defensive reflex that causes the delicate siphon and gill to be retracted when the slug is disturbed. When a novel, often noxious, stimulus was presented, scientists noted an increased response by animals (e.g., larger retraction of the gill).

Thorndike placed a cat in the puzzle box, and it was encouraged to escape to reach a piece of fish placed outside. Then he would time how long it took to escape. The cats experimented with different ways to escape the puzzle box and reach the fish.

This is the process involving persistent strengthening of synapses that leads to a long-lasting increase in signal transmission between neurons.

The experiments focused on synapses and were carried out by stimulating the presynaptic fibers of the perforant pathway and recorded responses from a collection of postsynaptic cells of the dentate gyrus.

Lømo observed that the postsynaptic cells’ response to the single-pulse stimuli of the presynaptic cell enhanced for a long period of time if scientists first delivered a high-frequency train of stimuli to the presynaptic fibers. When such a train of stimuli was applied, subsequent single-pulse stimuli elicited stronger, prolonged excitatory postsynaptic potential.

We all know these processes, thanks to the help of animals!