How do neurons communicate? Let’s ask the squids!

How do neurons communicate? Let’s ask the squids! 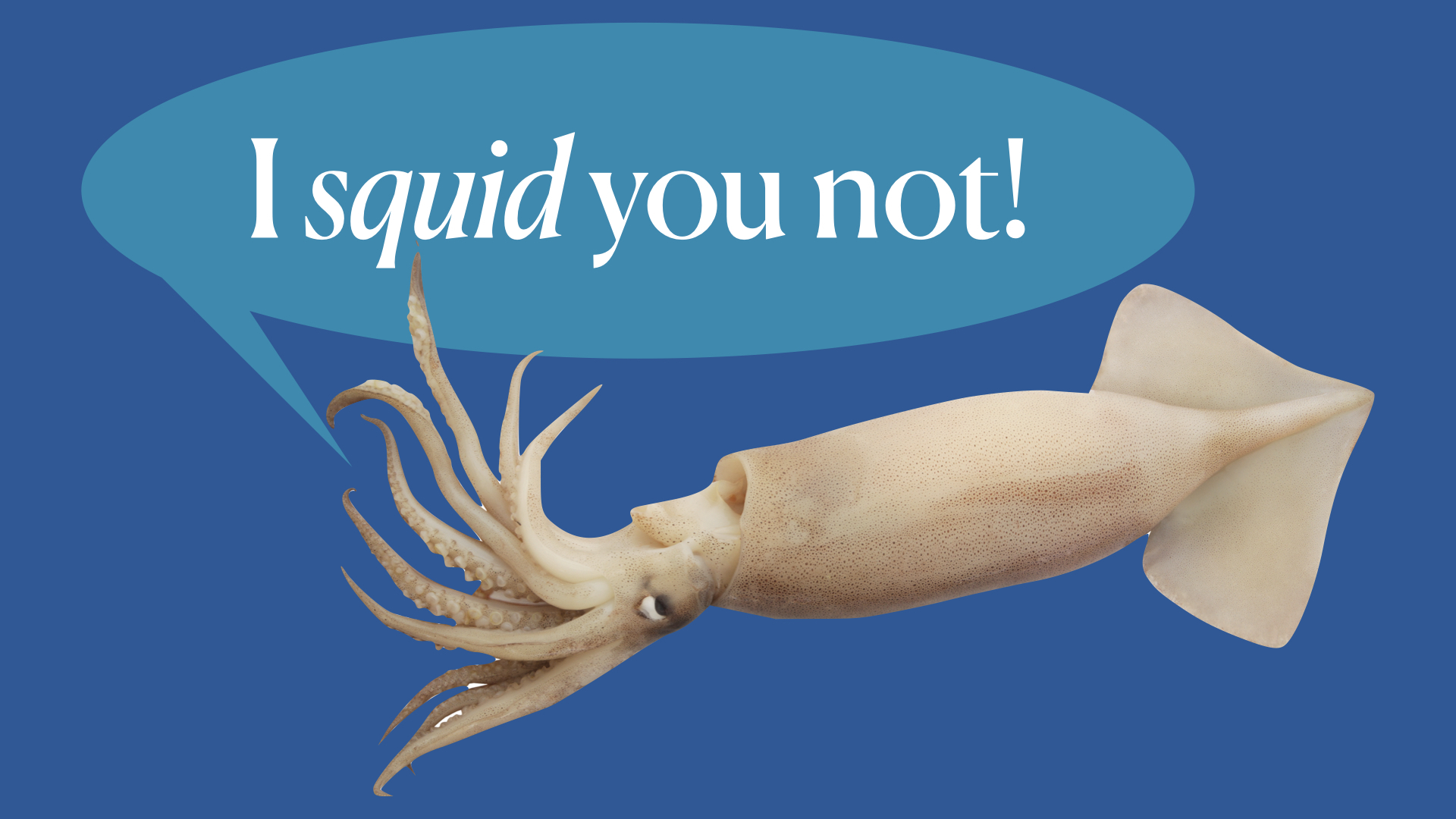 Do you know how neurons communicate with each other?

If you ask this question to psychology students, they will easily tell you that most of the communication in our brain and spinal cord results from nerve impulses that allow electricity to travel the length of a neuron.

What is now clearly acknowledged in the scientific community was only possible after a series of crucial studies in squids. Indeed, in the past, there was a wide debate over the mechanics of how neurons transmit electrical signals. For instance, rather than thinking of a series of electrical impulses along the axon of a neuron, some believed neural signals relied on molecules that carried charged ions in and out of the cell membrane, a hypothesis that was found to be unsupported by the results of studies on squids.

Why squids? As other invertebrates, their neuron axons are drastically larger than those of humans (almost one thousand times as large in diameter as those of humans), a fact that permits studying electro-chemical signals across the axon membrane more easily. In the case of squids, they have probably the largest known nerve cells in the animal kingdom, with an axon diameter reaching up to 1 mm. 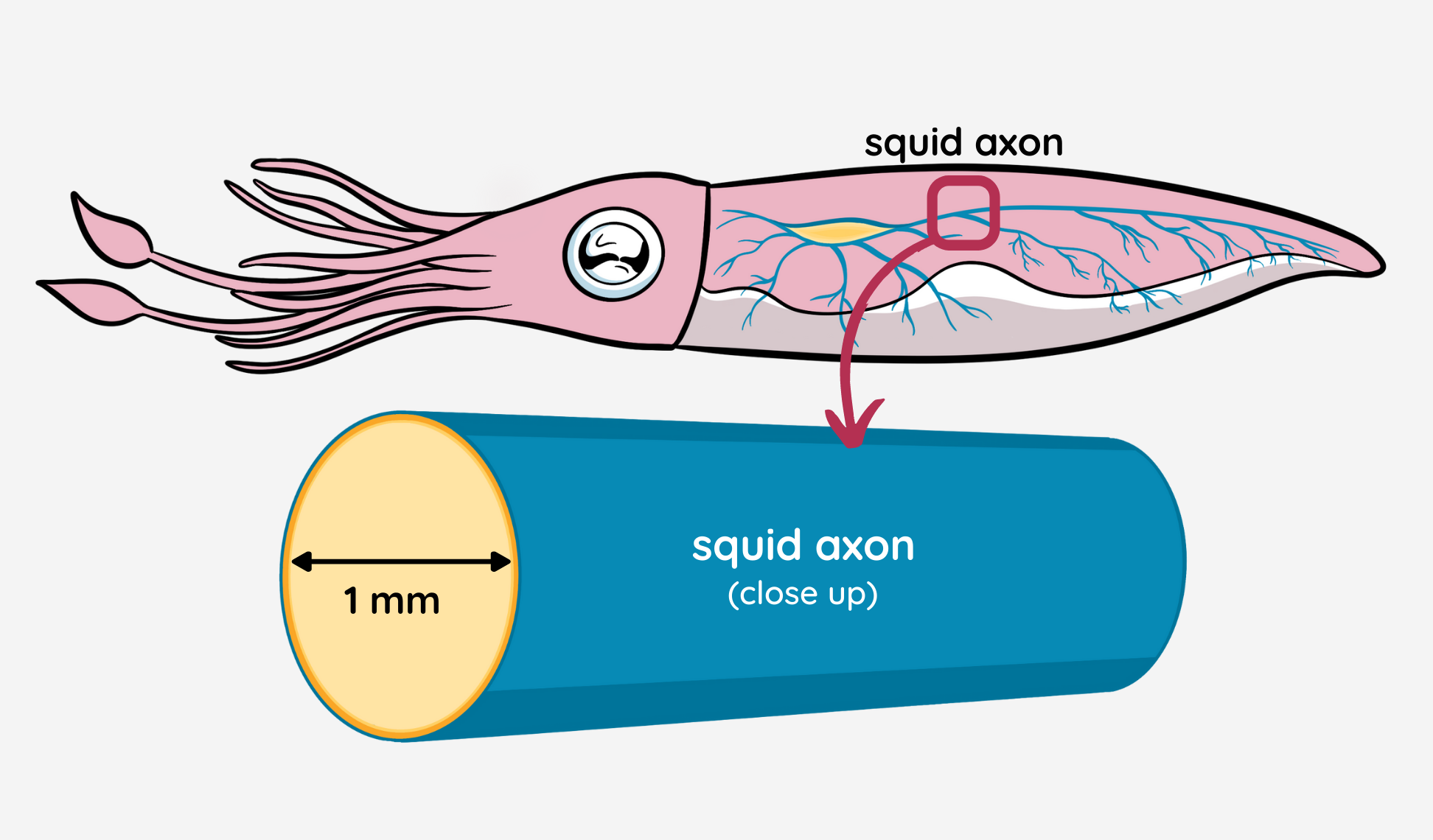 The diameter of a squid’s axon

Also, squids have a highly developed sensory and nervous system, thus making them an adequate model for the comprehension of neural communication in complex brains, like those of humans.

Studies by Huxley and Hodgkin

In 1952, Huxley and Hodgkin proposed that electrical signals rely on special hinged gates–proteins that are diffused in the cell’s membrane–that open and close, allowing a cascade of charged ions to rush into and out of a cell. Ions are simply atoms that have either gained or lost an electron. This gain or loss of electrons gives the atoms either a negative or positive overall charge.

To test their hypothesis, scientists observed the squid axon and inserted tiny micro electrodes into its core to record the electrical current inside and outside of the nerves. Their data showed that electricity itself opens and closes the gates controlling the flow of charged ions across the membrane, and when gates are open for a few milliseconds, sodium ions enter the cell and then potassium ions exit the cell. Based on these findings, they searched for the molecular mechanisms responsible for this ion flow, and found proteins with watery pores that span the membrane, allowing ions to flow. Parts of the proteins move tiny amounts when the voltage changes, opening and closing the gates. 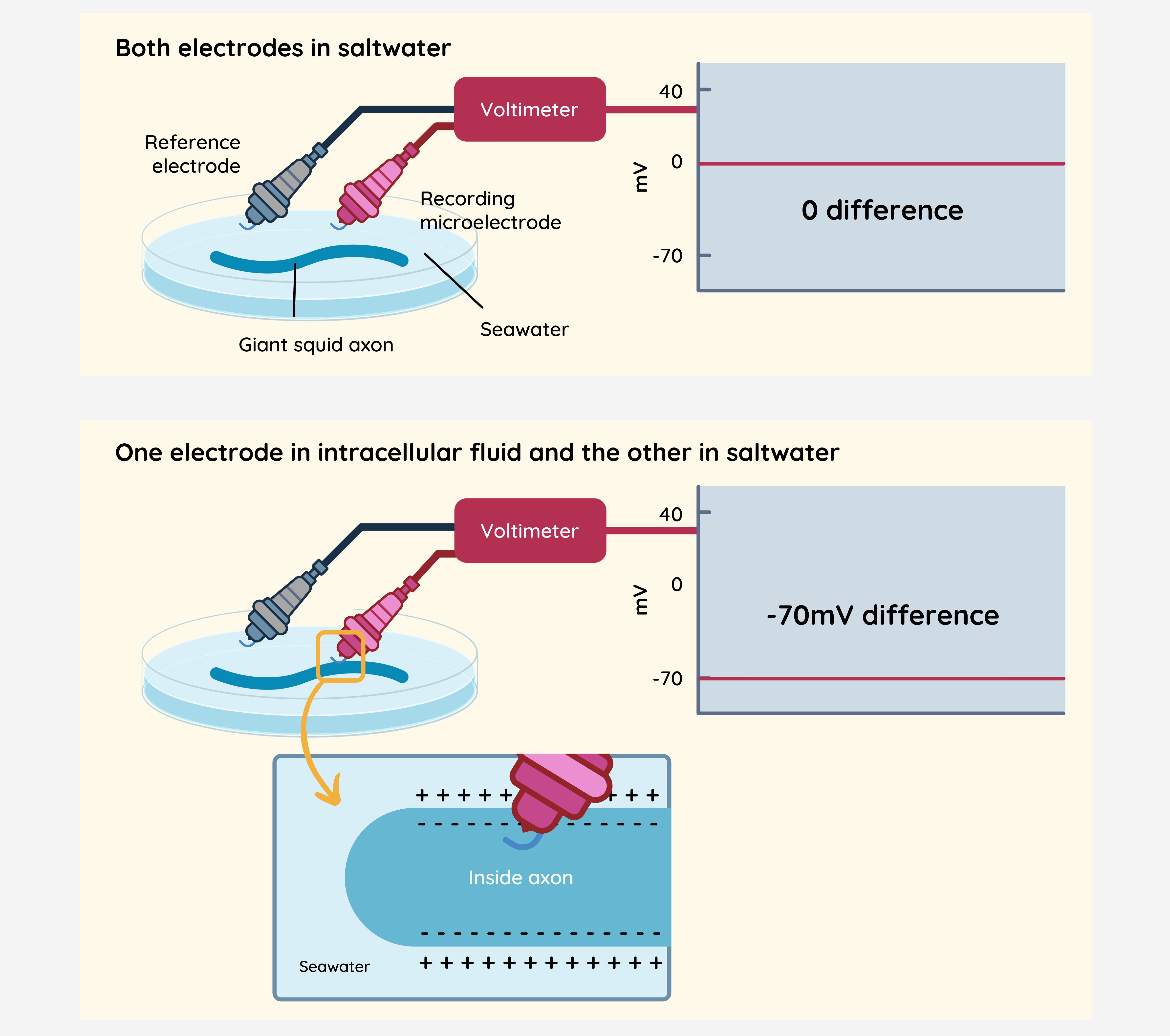 These initial studies permitted scientists to discover what is called action potential. When we want our leg to move, our brain sends signals through the nerves to our leg, telling the muscles to contract. However, our nerves don’t just say “leg, move.” Instead the neurons in the nerve send lots of electrical impulses (called action potentials) to different muscles in your leg, allowing us to move our leg with extreme precision.

Literally, an action potential is nothing more than a temporary shift, from negative to positive, in the neuron’s membrane potential caused by ions suddenly flowing in and out of the neuron. This causes an electrical signal from the beginning of the neuron axon to the end. Such an electrical signal permits vesicles containing neurotransmitters to be sent off the synaptic cleft, where they are often captured by specific proteins called ‘receptors’ on adjacent neurons (post-synaptic cells). 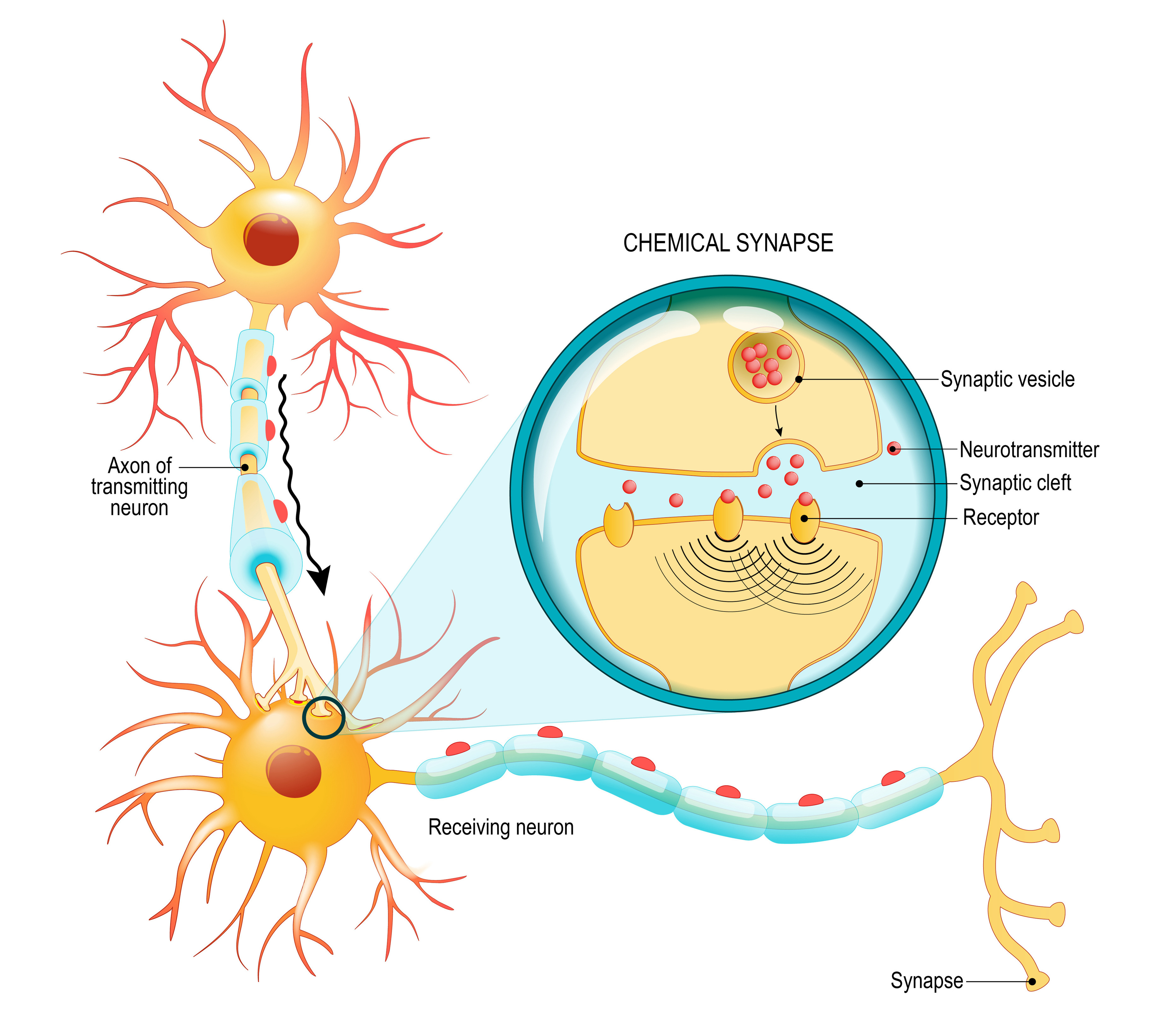 Thanks to squids, we know more about how neurons communicate

This leads to the opening of other channels in the postsynaptic cells, which permits the entrance of ions and a change of electrical charge inside the neuron that might excite (if we have a decrease of negative charge) or inhibit (an increase in the negative charge) the neuron itself. This is how many neurons communicate with each other.

Drugs used in anaesthesiology, for example, shut off nerve cell activity by blocking the cell’s sodium ion channels. Ion channels also play a key role in the heart by inducing rhythmic activity. In addition, modern drugs work on other receptors (e.g., GABA receptors) to make you quieter if you are too excited.

Of course, you must thank anaesthesiologists and neuroscientists for taking care of you by working on these ion channels, but when you do it, do not forget that it is the study of squid axons that led scientists to make one of the most important discoveries about the brain. Squids, too, deserve our thanks!

Reference Hodgkin, A. L., and Huxley, A. F. (1952). A quantitative description of membrane current and its application to conduction and excitation in nerves. Journal of Physiology, 117, 500–544.