In the last step, we asked the question: “How did psychologists demonstrate these simple but robust mechanisms of learning?”

To answer this question we need to go back to 1913, when Watson wrote an article entitled Psychology as the behaviorist views it, with a number of assumptions regarding methodology and behavioural analysis.

“Psychology as a behaviorist views it, is a purely objective experimental branch of natural science. Its theoretical goal is … prediction and control.” (p. 158).

This perspective, called behaviourism, is primarily concerned with observable behaviour, as opposed to internal events like thinking and emotion of previous psychoanalysts. To bring learning studies into the field of natural science, controlled laboratory studies were necessary. As behaviourists did not believe there were fundamental (qualitative) distinctions between human and animal behaviour, research was mainly carried out on animals. Consequently, rats and pigeons became the primary source of data, as their environments could be easily controlled.

One of the most influential authors in this field was B.F. Skinner (1904-1990). This scientist invented an operant conditioning apparatus to study learning mechanisms in rats and pigeons, the so-called Skinner box (1938). This box is an enclosed apparatus containing a bar or key that an animal can manipulate in order to obtain reinforcement. The chamber also has a device that records each response provided by the subject as well as the unique schedule of reinforcement that the animal was assigned.
With respect to the latter issue, different schedules were investigated:

Animal studies are fundamental in understanding the most effective types of learning that won’t be easily forgotten. Such learning schedules are commonly applied to humans, both in normal and abnormal behaviours. For instance, Applied Behavioural Analysis (ABA) is a range of different strategies and techniques that are commonly used to teach autistic people new skills and reduce their difficult behaviour.
This is entirely based on the learning mechanisms investigated in pigeons and rats by Skinner and collaborators. ABA can help increase functional skills or decrease problematic behaviours. Some examples of behaviours that ABA can help increase include communication skills and social skills. ABA can help decrease behaviours such as aggression, property destruction, and self-injurious behaviour. How? By coping with (positive/negative) rewards and (positive/negative) punishments. Research has shown that ABA is effective in reducing disruptive behaviours typically observed in individuals with a diagnosis of autism spectrum disorder, thus making it the most important therapy for this heterogeneous range of neurodevelopmental disorders (Yu et al., 2020).
Last but not the least… at the end of this reading you may ask: which is more effective, reward or punishment? Simply put: the carrot or the stick? 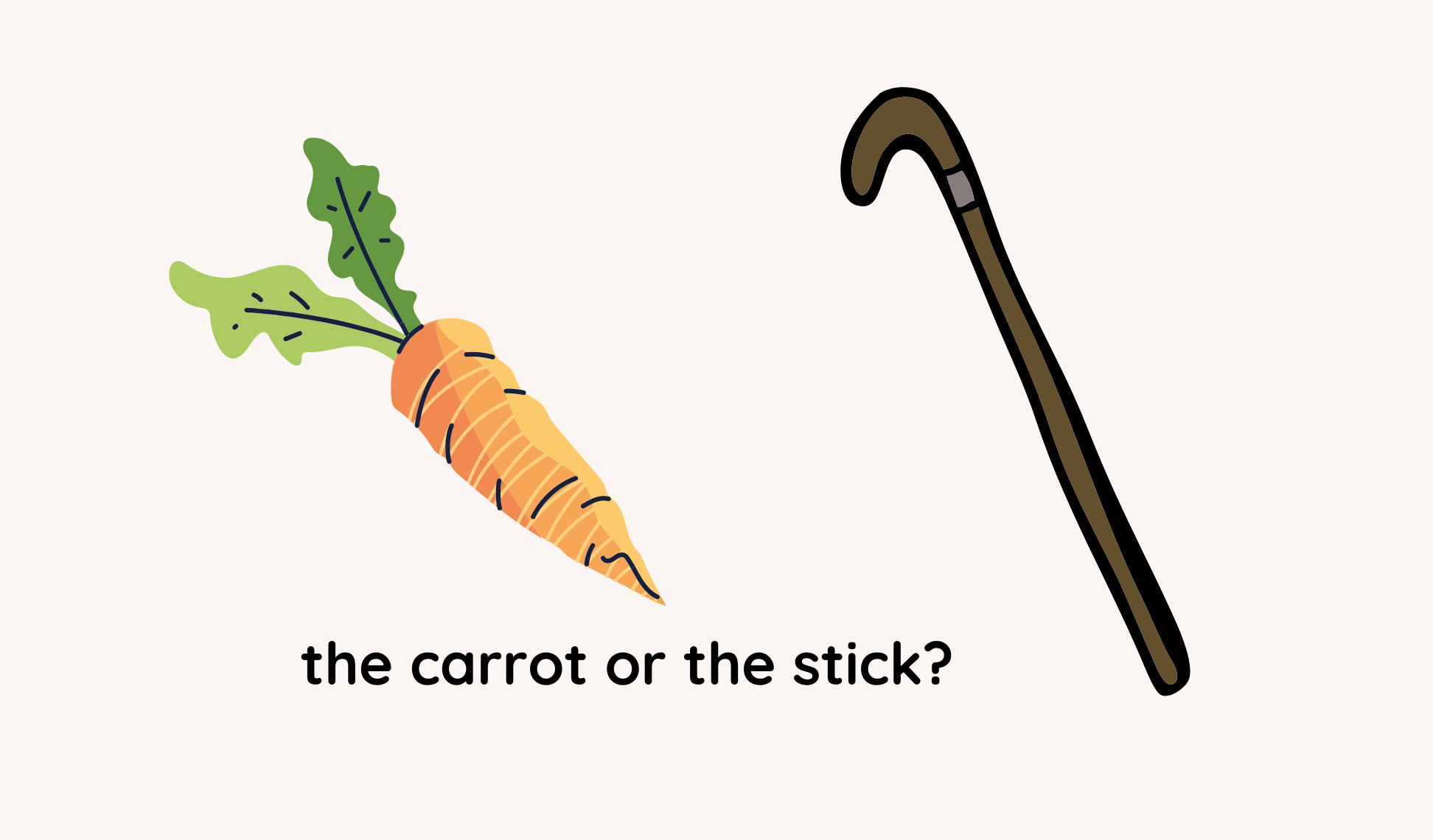 The carrot or the stick
According to a recent study, the effects of punishments on choice behaviour can be about three times more potent than the effects of rewards (see Kubanek et al., 2015). This data was collected from humans, published in an important journal in the field of cognition, and received lots of media coverage—but guess what? More than one century ago (Hoge & Stocking, 1912) we already had an initial answer to this issue.

For that, we would need to ask rats!

We’ll find out more in the next step.