An introduction to week 3 which looks at screening and treatment for sight-threatening ROP.
View transcript
9.8
Hello and welcome to week three. Actively screening for retinopathy of prematurity is essential to detect the disease at an early stage and provide the right treatment. In this week, we consider key issues such as when to screen, how to do the examination for screening, who should be involved in the screening process, and once the baby has been screened, What are the key decisions that need to be made on management. Screening requires a team approach and the complete involvement of parents. In this week, we also look at treatment and the complexity of treating ROP at the right time. There is an opportunity to engage with experts on what are the current opinions on treatment methods.
65.1
Once again, we will end this week with an example of how the PDSA tool can be applied for quality improvement for the care of preterm babies and to reduce the risk of ROP. Please share your thoughts, views and experiences as we go through the week. As usual we will have facilitators who will address any specific queries that may arise this week. So let’s get started.

Screening and treatment for retinopathy of prematurity (ROP) needs to be meticulously coordinated and managed alongside use of agreed clinical criteria for decision making. This week we look closely at all the different components that make up the ROP screening and treatment process and at the selection of the right management pathway.

ROP screening and treatment at the University of Ilorin Teaching Hospital

All preterm babies are registered into a computer on admission to the University of Ilorin Teaching Hospital in Nigeria and those who require ROP screening are identified at this time using a screening guideline poster (shown below). The babies typically have their first eye examination within 30 days of life or before discharge from the NICU if earlier than four weeks after birth.

A specially appointed ROP coordinator ensures these babies are listed and followed up for screening. They post the name of each baby to be screened and their caregivers’ contact details on a calendar. This is reviewed on Tuesdays to confirm the number and location of babies to be screened and ROP screenings are done every Wednesday morning.

The team in the neonatal intensive care unit (NICU) works closely with the ROP team to ensure that:

The following case study from the University of Ilorin Teaching Hospital demonstrates the importance of team work and how complex families find the ROP screening and treatment process. 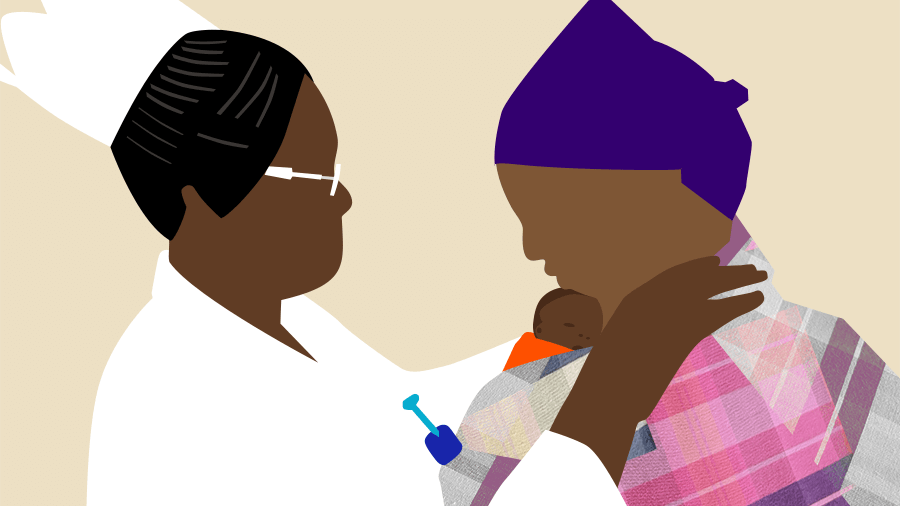 Baby Abebi was delivered at 28 weeks gestational age, with a birth weight of 1.14 kg. In the NICU she required a blood transfusion, nutritional support for poor weight gain and close management for respiratory distress syndrome. She was also provided with supplemental oxygen for 17 days. Abebi’s parents have two other children, both under five years of age, and had to travel into the hospital each day.
Abebi had her first ROP screening in the NICU six weeks after birth. She was found to have type 2 ROP and was discharged from the NICU and the mother was asked to bring her back for further screening a week later. The mother was supported and advised all along. Type 1 ROP in Zone II stage 3 with plus disease was identified in the follow up screening examination when Abebi was 36 weeks and five days old. She was treated using intravitreal bevacizumab and laser and remains on follow up. Abebi’s parents are being given counselling and support and are fully engaged in supporting their daughter’s ongoing needs and development.