In this video, Professor Clare Gilbert explains the procedures involved in the first two stages of any ROP screening process – before and during the eye examination. 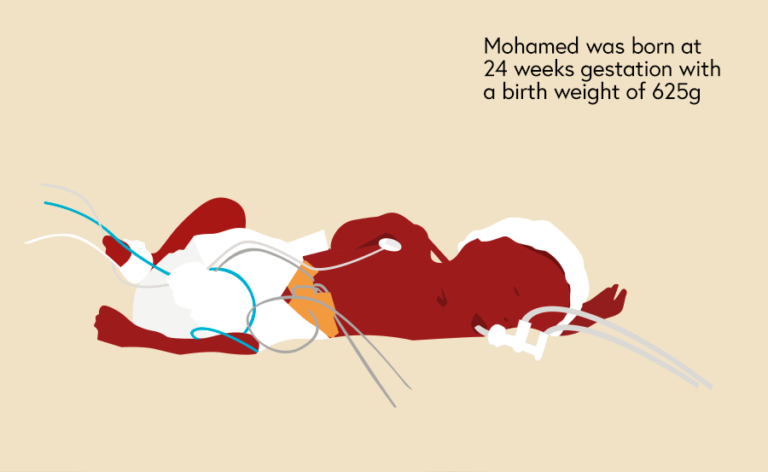 Mohamed was born in a high-resource setting at 24 weeks gestation with a birth weight of 625g. At 30 weeks he was well stabilised and a dilated funduscopic examination revealed an immature retina but with no clear demarcation line. There was also no plus disease. A repeat screening examination one week later demonstrated early ROP with a demarcation line (stage 1) at zone 1 in both eyes. One week after that, another repeat examination revealed striking progression of ROP. There was neovascularisation of the iris (NVI) with associated poor dilation. Funduscopic examination revealed plus disease and flat stage 3 disease with scattered haemorrhages along the junction of vascular and avascular retina.
Informed consent for laser photocoagulation was obtained from Mohamed’s parents. Given the poor dilation and significant NVI, intravitreal anti-VEGF treatment was also discussed with the parents and presented as an option for treatment. Retinal laser photocoagulation was then performed at this time.
Examinations over the next seven days revealed improvement in NVI. At 33 weeks, additional photocoagulation was performed. Further examinations over the next two weeks revealed improvement in the plus disease and the neovasucularisation.